Two Troopers from Our Area Honored at White House

Two state police troopers from Luzerne County were honored at the White House on Wednesday. Trooper Robert Lombardo and the widow of the late trooper Joshua Mil... 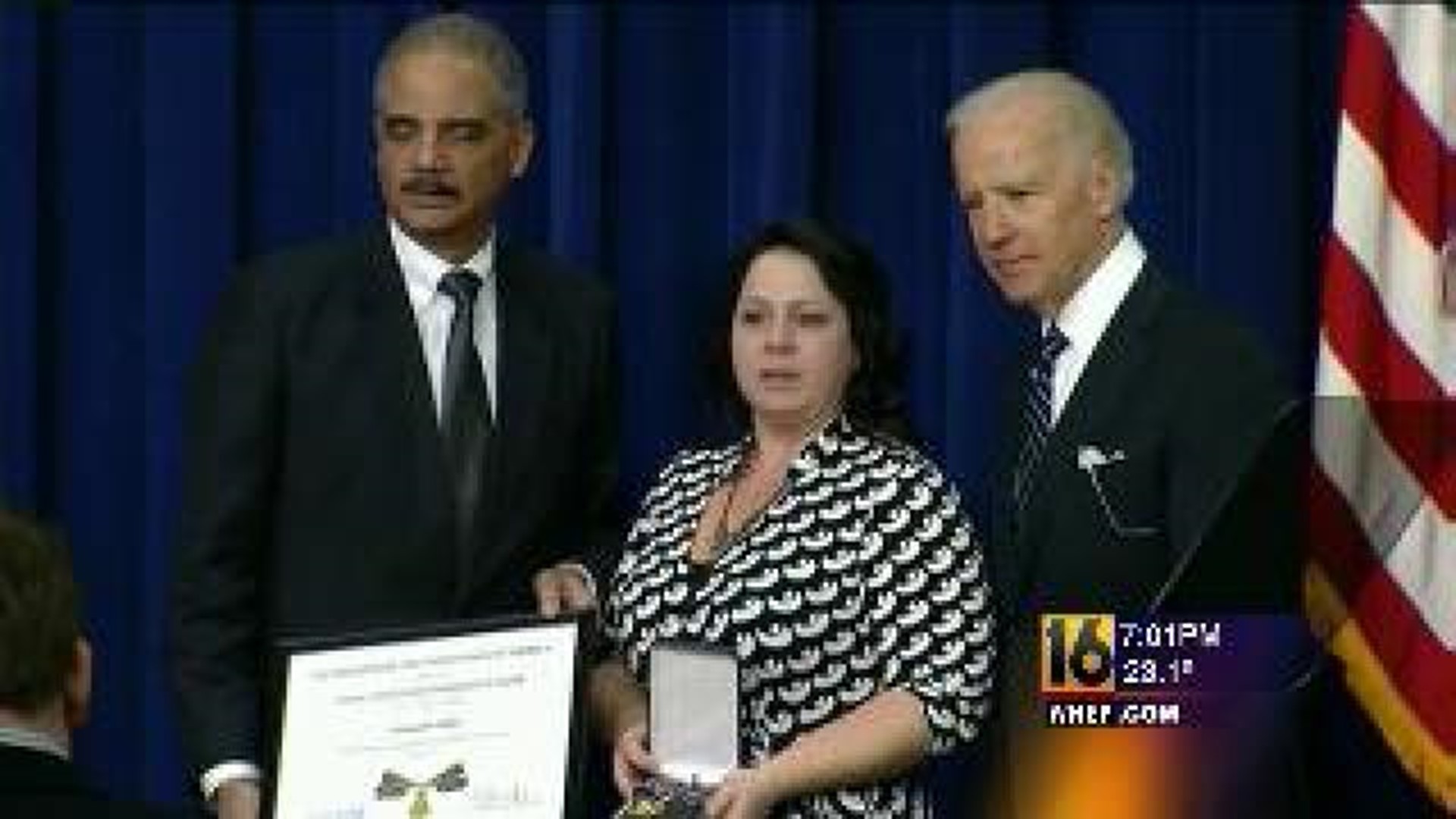 Two state police troopers from Luzerne County were honored at the White House on Wednesday.

Trooper Robert Lombardo and the widow of the late trooper Joshua Miller were given the medal of valor for their heroic acts back in 2009.

Trooper Lombardo was clearly moved as vice president Joe Biden presented him with the medal of valor.

It's the highest national award given to a public safety officer.

Eighteen police officers and firefighters were honored in an afternoon ceremony at the White House.

"Who are safer, feel safer, are more secure, feel more secure in their lives and in their homes because of what you all do," said Vice President Joe Biden.

On June 7, 2009, troopers Joshua Miller and Robert Lombardo, both stationed at the Swiftwater barracks, chased down a man involved in a domestic dispute who had kidnapped his nine-year-old son.

After a 40 mile car chase, the troopers caught up with the suspect in Coolbaugh Township in Monroe County.

"Despite officer Lombardo's injuries, which paralyzed his left arm, he did not seek cover. He continued to engage the assailant, who died at the scene," said Mary Lou Leary, acting Assistant Attorney General.

The boy was unharmed.

Joshua Miller's wife, Angela, tearfully accepted the medal of valor on behalf of her late husband.

We unfortunately have a shared experience. I've lost a spouse and lost a daughter, and I know this is an incredibly bittersweet moment for you because on every one of these occasions you re-live the moment when you got the call," said Biden.

Trooper Lombardo, who's from Pittston has since returned to duty as a state trooper.