WEST WYOMING, Pa. — A mother is dead and her son fighting for his life after an overnight shooting in Luzerne County. The suspected gunman is dead. The ca... 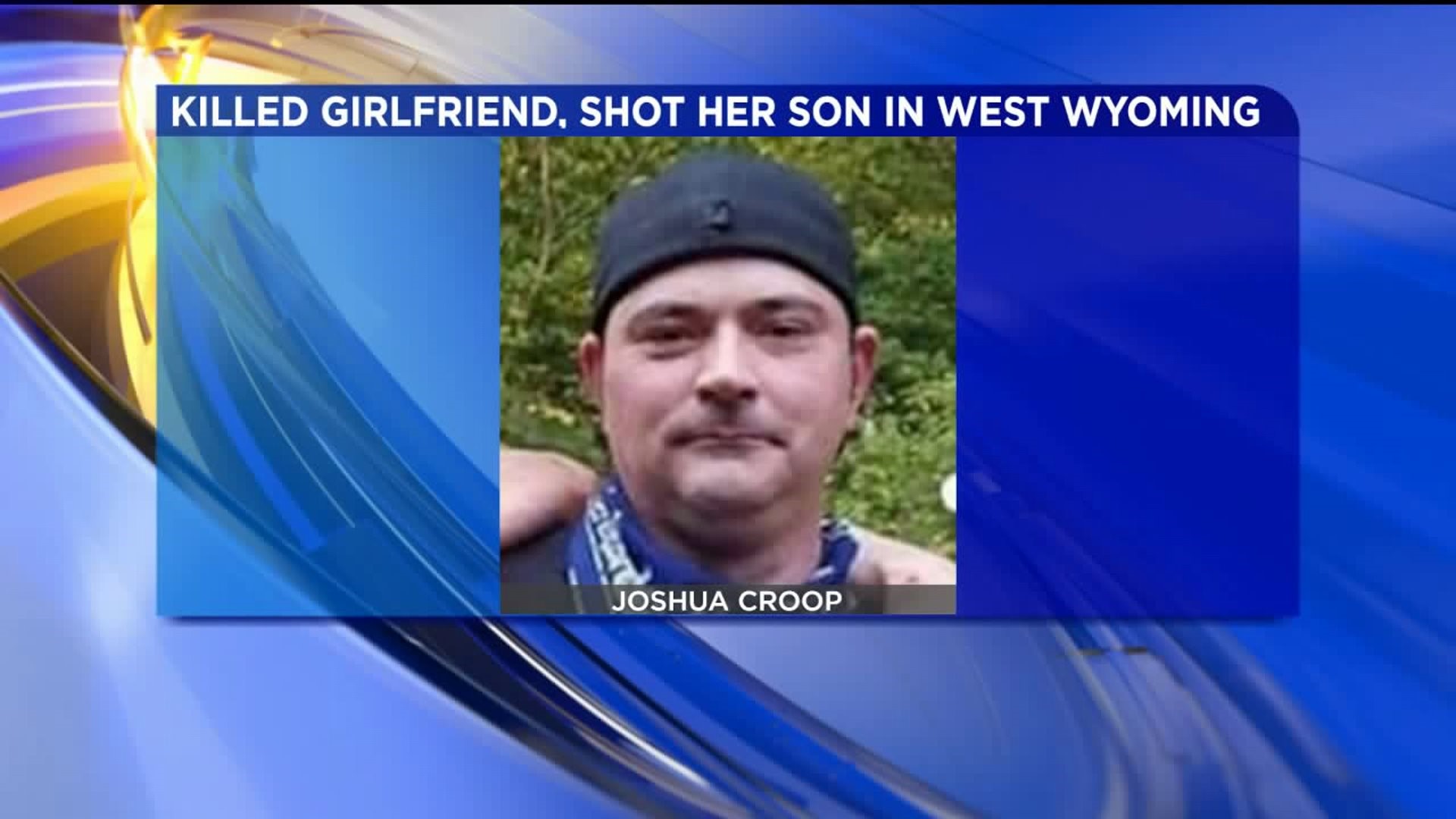 WEST WYOMING, Pa. -- A mother is dead and her son fighting for his life after an overnight shooting in Luzerne County. The suspected gunman is dead.

The call came just after midnight. Chadwick Grob, 21, said he and his mother, Tara Grob, 38, had been shot repeatedly at their home on West 8th Street in West Wyoming.

The shooter, he said, was his mother's boyfriend, Joshua Croop, 37, of Tunkhannock, who drove away in a Jeep.

Chadwick and Tara Grob were taken to hospitals. She died after being shot at least six times, four times in the chest.

State police shut down part of West 8th Street and one investigator managed to text Croop on his cellphone.

According to court papers, Croop responded, "I just killed the only reason I have to live. U can track me good luck. Tara is dead."

The Jeep was spotted in the Centermoreland area of Wyoming County, near Tunkhannock.

State police began to search for Croop, even calling in a helicopter.

Not long after starting their search, investigators say they found Croop dead.

HOMICIDE SUSPECT DEAD: Troopers at the PSP Barracks in Wyoming tell @WNEP Joshua Croop was cornered near Tunkhannock and found dead. Court papers say Croop was shooter in this morning's shooting in West Wyoming that has left 1 person dead & another injured.