Two Restaurants Coming to Back Mountain

DALLAS TOWNSHIP, Pa. — Construction crews are hard at work along Route 309 in Luzerne County’s Back Mountain building a Taco Bell in the empty lot w... 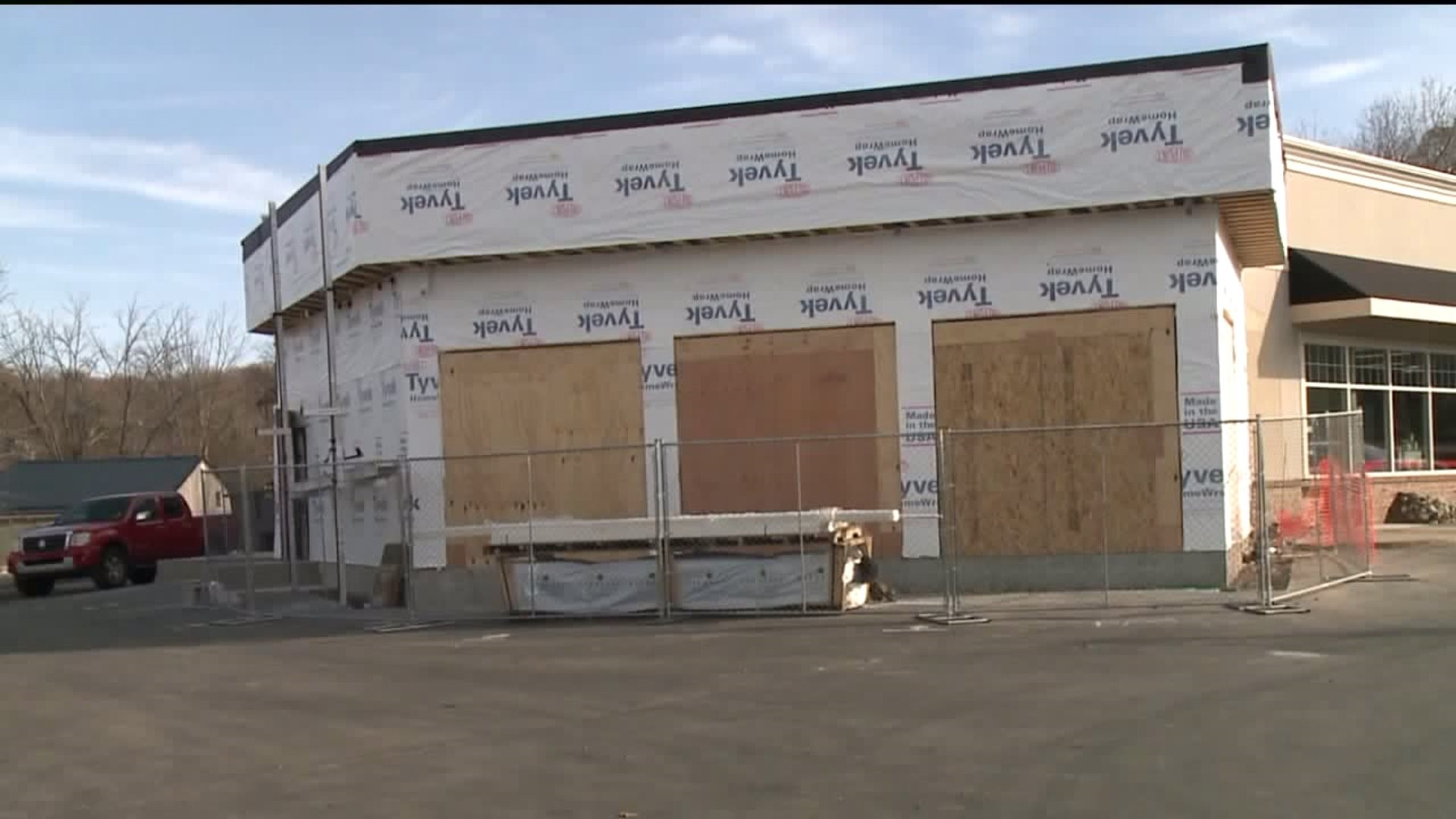 DALLAS TOWNSHIP, Pa. -- Construction crews are hard at work along Route 309 in Luzerne County's Back Mountain building a Taco Bell in the empty lot where the Mark II Restaurant used to stand.

Ronald Ingram works nearby and is happy to have another option for lunch that's close to work.

"Right now, I'm really tight for time, and this will be great for right here because we don't have a taco near," said Ingram.

Nearby another restaurant is under construction.

Bernardo O'Brien is the chef at City Market Cafe in the Back Mountain. He'll also serve as a chef for the new restaurant. He said they are still working on a name, but it will serve breakfast, lunch, and dinner.

"It's American food, Italian food. You know, we have the indoor deli where you can buy grab-and-go dinners that I make every day," adds Bernardo. "Whatever is convenient to the customers."

While people who live and work in the Back Mountain are excited about having more restaurant options, they are nervous about what that will mean for traffic.

"It's going to be bad. I hope we don't get a roundabout now," adds Ingram.

A spokesperson for PennDOT tells Newswatch 16 there are no plans for a roundabout, although O'Brien said it gets busy on this stretch of Route 309.

"Traffic is very, very busy. It's tough with traffic sometimes, but not much you can do about it," said O'Brien.

The plan is to open the bar and grill sometime in January. Taco Bell is slated to open in March.