One person dies, another hospitalized after ATV breaks reservoir ice

Rescue crews were called to the Mill Creek Reservoir after an ATV broke through the ice. 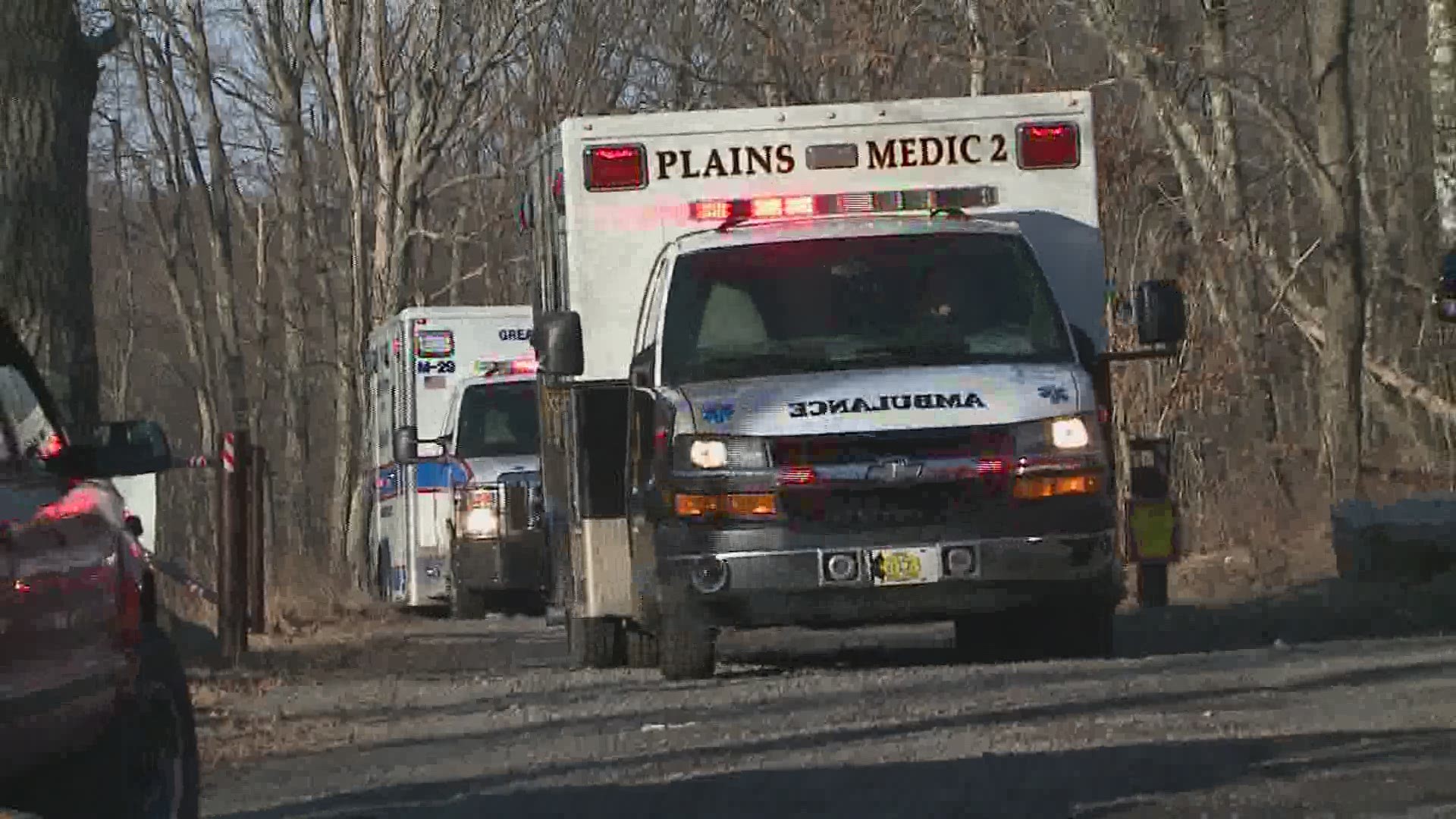 LUZERNE COUNTY, Pa. — UPDATE: Authorities identified the victim of Saturday's incident at Mill Creek Reservoir as Steven Kenzakoski, 47, of Jenkins Township. He was pulled from the reservoir but died at the hospital.

Jenkins Township Police say that Megan Squires, 45, was also on the ATV when it went through the ice. Squires was able to make it to the shore.

Rescue crews were called to Mill Creek Reservoir off Bald Mountain Road in Jenkins Township just before 2 p.m. Saturday for reports of two people through the ice and in the water.

Crews had a difficult time getting to the victims because of how remote the area is.

One person was able to swim to shore and was taken to the hospital.

Another person died after the incident.

The police chief warns residents that the ice is not safe to be walking on, let alone driving an ATV.

"The ice is extremely dangerous at this point in time," Germania Hose Company Assistant Cheif John Amico said. "We only had about three inches of ice, which makes it extremely difficult for us to get to the victims."

Officials have not released the name of the deceased; there is no word on the condition of the other victim.