After saving two children from a house fire in March, on Monday, two first responders were presented with a special honor. 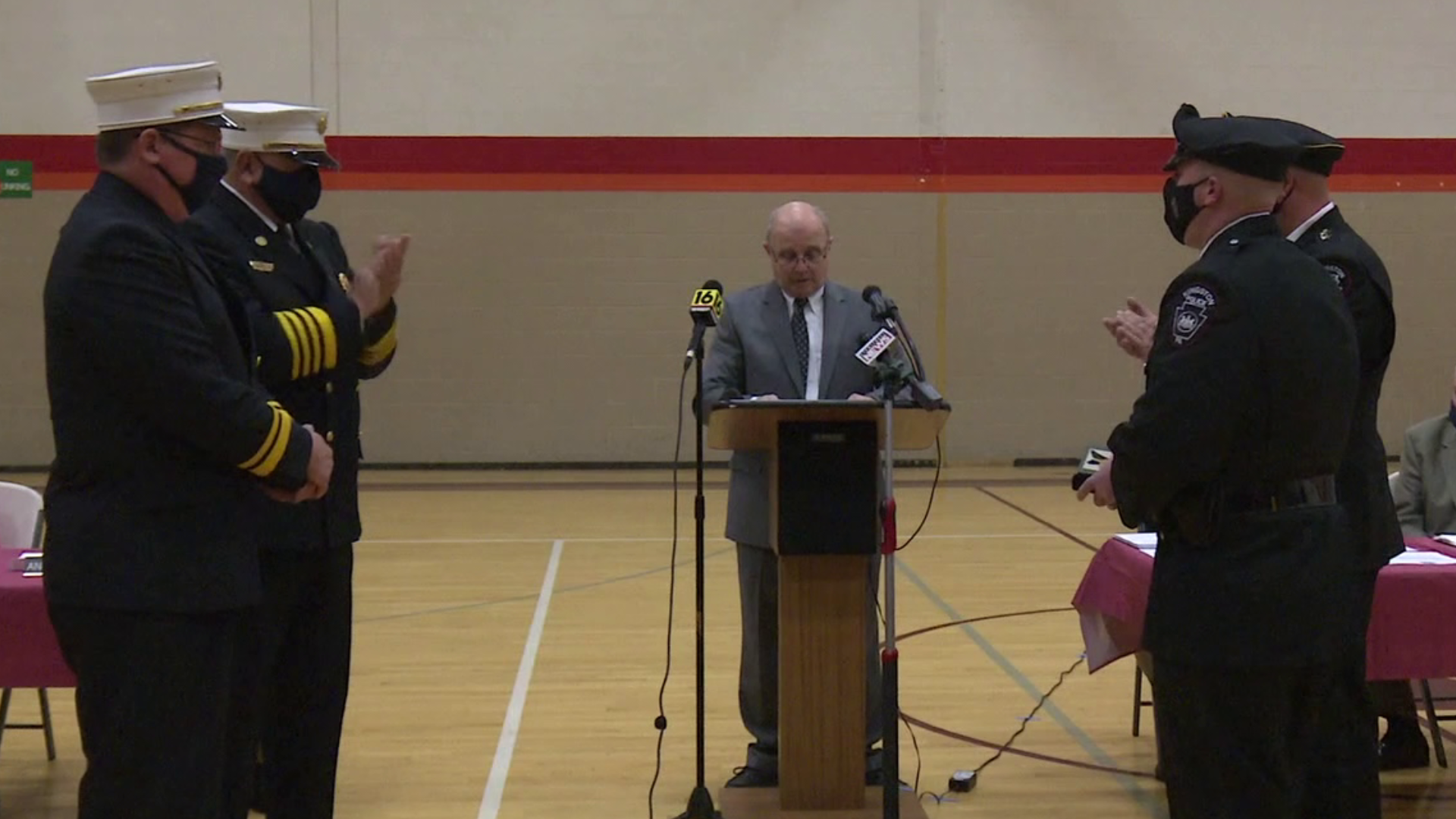 KINGSTON, Pa. — The gymnasium at the Kingston Recreation Center exploded with applause as the crowd gave two first responders a standing ovation.

The Kingston Council meeting was put on pause so that Police Officer Matthew Bonawitz and Assistant Fire Chief Floyd Young could be honored to save two children trapped in a house fire on Chester Street in March.

Officer Bonawitz arrived on the scene first around 3 a.m. and was told by family outside there were two children still inside. He ran in and saved one of those children from the first floor.

"He came back out, and the second child was still in the home,” said Kingston Mayor Paul Roberts, Jr.

That second child was on the second floor. Officer Bonawitz couldn't get there due to the flames.

That's when the Kingston Forty Fort Fire Department showed up.

Assistant Chief Young and Bonawitz saved the second child with the use of Young's ladder.

“Receiving the attention is humbling, but this is our job, this is what we're here for, and thankfully it worked out,” said Chief Young.

“Once the fire department did arrive, it was a huge relief, and then once Chief Young showed up, it was a relief,” said Bonawitz.

While the men knew they were being honored, they had no idea they would be given the Medal of Valor.

The mayor says Kingston has never given out a Medal of Valor before, but after speaking to the chiefs of both the departments, they felt the men deserved it.

The men said getting the Medal of Valor was an honor.

But what really touched them was a plaque made for them by the children they saved: Kayden and Joseph.

“That was the best. That was better than anything. That was anything anybody official could do,” said Chief Young.