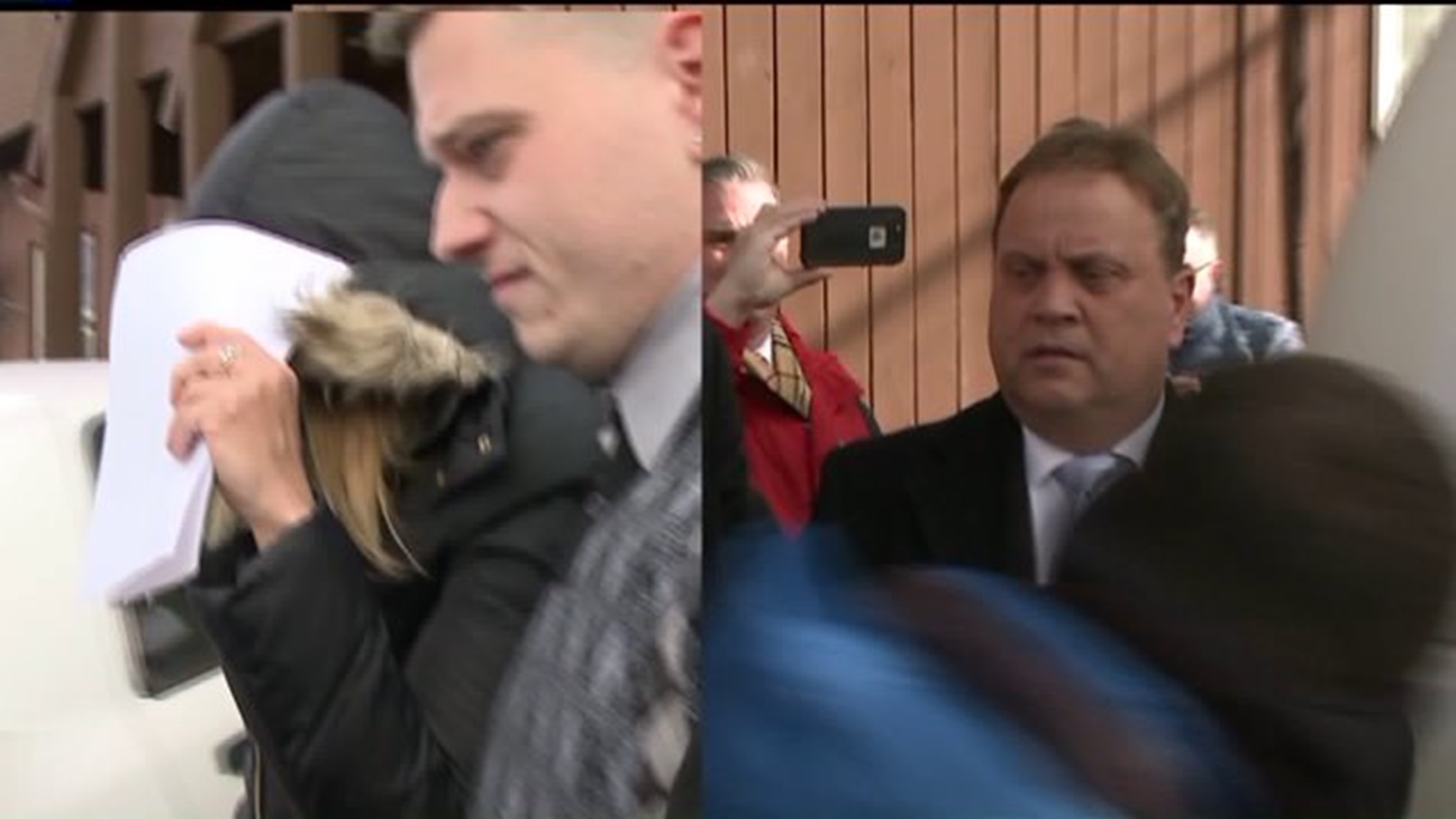 Two of the accused were arraigned Wednesday morning. One is free on bail, the other locked up.

Investigators say the scheme happened at the Mohegan Sun Pocono Casino between May of 2014 and April of 2015.

Here's how prosecutors explain the scheme:

When gamblers paid for their drinks with their casino card, Rochelle Poszeluznyj would copy their information and give it to a second casino employee -- Robert Pellegrini.

Police say Pellegrini would then create duplicate players cards, add nonexistent money to them, and then give them to a third accomplice.

Pellegrini is expected to be arraigned Thursday.

Police say Mark Heltzel would gamble with the non-existent money, getting a payout of nearly $419,000.

While Poszeluznyj showed up at her arraignment without a lawyer and the district judge decided to let her go free on unsecured bail, Heltzel who had a lawyer present, is locked up on a $500,000 straight cash bail. His lawyer calls the bail amount outrageous.

"I'm upset," said Hetzel's attorney Demetrius Fannick. "I've had individuals who have been charged attempted homicide of several people and bail is $500,000. This is a theft case!"

"Mr. Fanick has been around for many years and he knows that the issue of bail is solely in the discretion of the magisterial district judge," said Luzerne County prosecutor Tom Marsilio.

The third accomplice, Robert Pellegrini, was vice president of player development at the casino. He is expected to be arraigned Thursday.