DALLAS — Two homes were destroyed and one woman needed to be flown to the hospital for severe burns after a house fire on the Fourth of July in Luzerne Co... 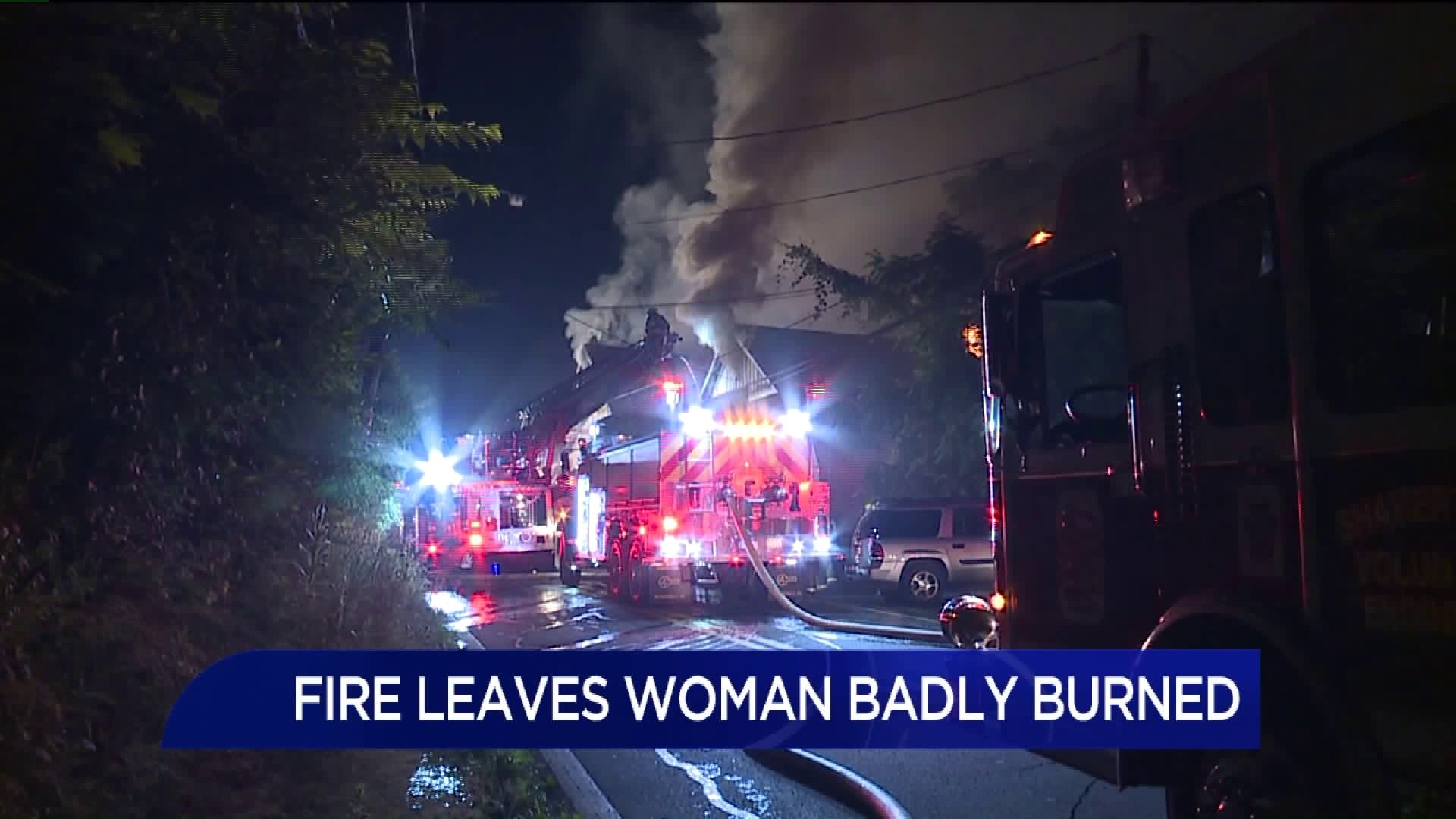 DALLAS -- Two homes were destroyed and one woman needed to be flown to the hospital for severe burns after a house fire on the Fourth of July in Luzerne County.

Fire crews said the fire broke out around 10:30 p.m. on Tuesday and just a few hours later, people are trying to help a family they said has lost so much.

A home on Main Street in Dallas was being boarded up, while family friends stopped by to take pictures of what is left. This comes after a fire on the Fourth of July destroyed a family of five's home.

"Everyone is distraught. They are very, very scared. They're holding together. They are glad they still have their lives," Family friend Holly Spencer said.

Spencer told Newswatch 16 that a mother, her young son, a grandfather, a grandmother, and the grandmother's sister all lived in the home.

The grandmother's sister was flown to a hospital for severe burns after she was trapped on the second floor.

"They are very concerned about the sister who is in the Lehigh Valley Burn Center but is happy to have made it out," Spencer said.

Spencer said the young boy was on a camping trip when the fire broke out and the family has lost nearly everything.

"[He] doesn't understand the devastation he is about to come home to and will come home to nothing. For all and any who can help please do," Spencer said.

Fire crews said the fire not only destroyed this home but a neighboring house as well.

"I was just worried if would hit the trees it would eventually come over, but at least they stopped it. They did a good job stopping it," Neighbor Chris Barearo said.

The Pastor of St. Paul's Lutheran Church near Dallas said both the victim and the young boy are members. In just a matter of hours, the pastor started collecting money to help.

"It's a real shock and surprise for all of us, but we have a wonderful community here of support and that's what the church is for," Pastor Charles Grube said.

A state police fire marshal is still looking into the cause of the fire. It is not considered to be suspicious.

For more information about how to donate to the fire victims, you can call St. Paul's Lutheran Church at 570-675-3859 or e-mail them at stpaul@epix.com.