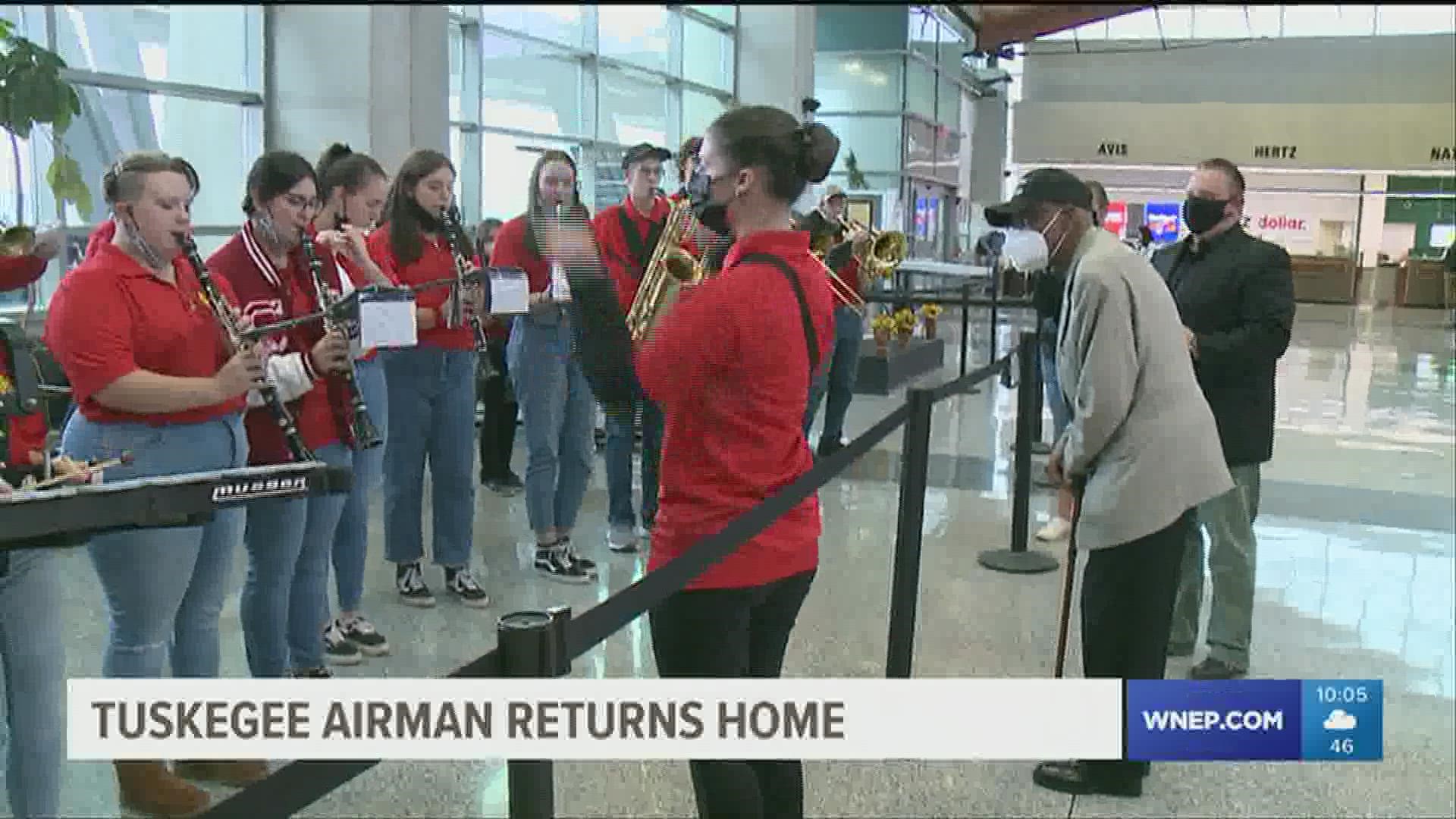 MOUNTAIN TOP, Pa. — A hometown hero is back in Luzerne County.

Harvey, 98, is a mountain top native.

Harvey is one of the last remaining members of the Tuskegee Airmen.

He'll be honored by his alma mater this week in the Crestwood School district, along with three other graduates.

"The three people that we're honoring, yanno, have gone on to really accomplish some great things, nationally and internationally. For our students to see that and to know that they too were in this same position I'm in right now is meaningful," said Robert F. Mehalick, superintendent.

Before he was a Tuskegee Airman, Harvey was valedictorian and class president of Fairview High School class of 1942.

That's one of the old schools that became part of the Crestwood School District in Luzerne County.