PITTSTON TOWNSHIP, Pa. — Trucking companies in northeastern and central Pennsylvania are on alert. Many have already canceled orders in the region expecte... 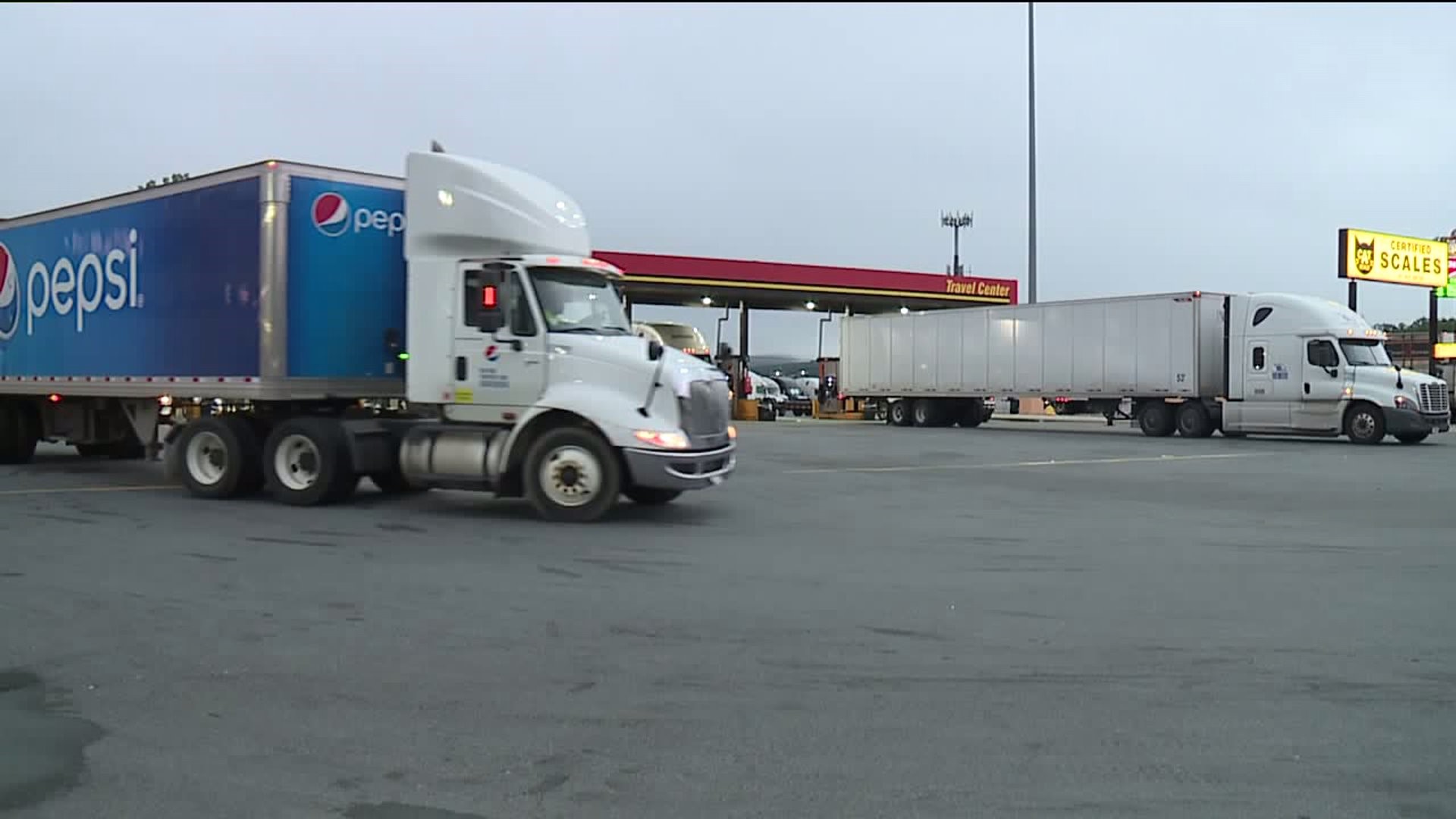 PITTSTON TOWNSHIP, Pa. -- Trucking companies in northeastern and central Pennsylvania are on alert.

Many have already canceled orders in the region expected to be hit the hardest by the storm.

Maryland, Virginia, Georgia, North Carolina, and South Carolina are under states of emergency.

At a truck stop in Luzerne County, drivers fuel up, but some are not sure where they are headed.

Hurricane Florence is slamming parts of the south, forcing truckers to re-route or cancel trips altogether.

While they worry about getting to their destinations, some drivers are also concerned about loved ones in the path of the storm.

"I’ve been calling, checking, seeing if they're leaving or what they're doing, but most of them are staying,” said Brailsford.

Trucking companies throughout central and northeastern Pennsylvania have canceled orders altogether to southern states because of the hurricane.

Officials at Kane Is Able in Lackawanna County said they cannot make scheduled deliveries to Virginia until its safe.

"The less they have to deal with somebody that doesn't need to be there, the easiest it goes for rescue vehicles and stuff,” said Mike Loicano of Pittston.

Trucking officials said Florence could definitely cause a major trucking backlog and a problem with supply and demand in the weeks and perhaps even months to come.

Drivers tell us they are staying put until they know it's safe to travel in that area.

"It's difficult, when the wind, the roads are closed, you just gotta make your own preparations because you might be stranded someplace yourself until the roads open back up," said Mike Loicano of Pittston. "I used to do it down in Florida, hurricanes all the time, and it's just try to get out, try to get out unless you're taking supplies in."