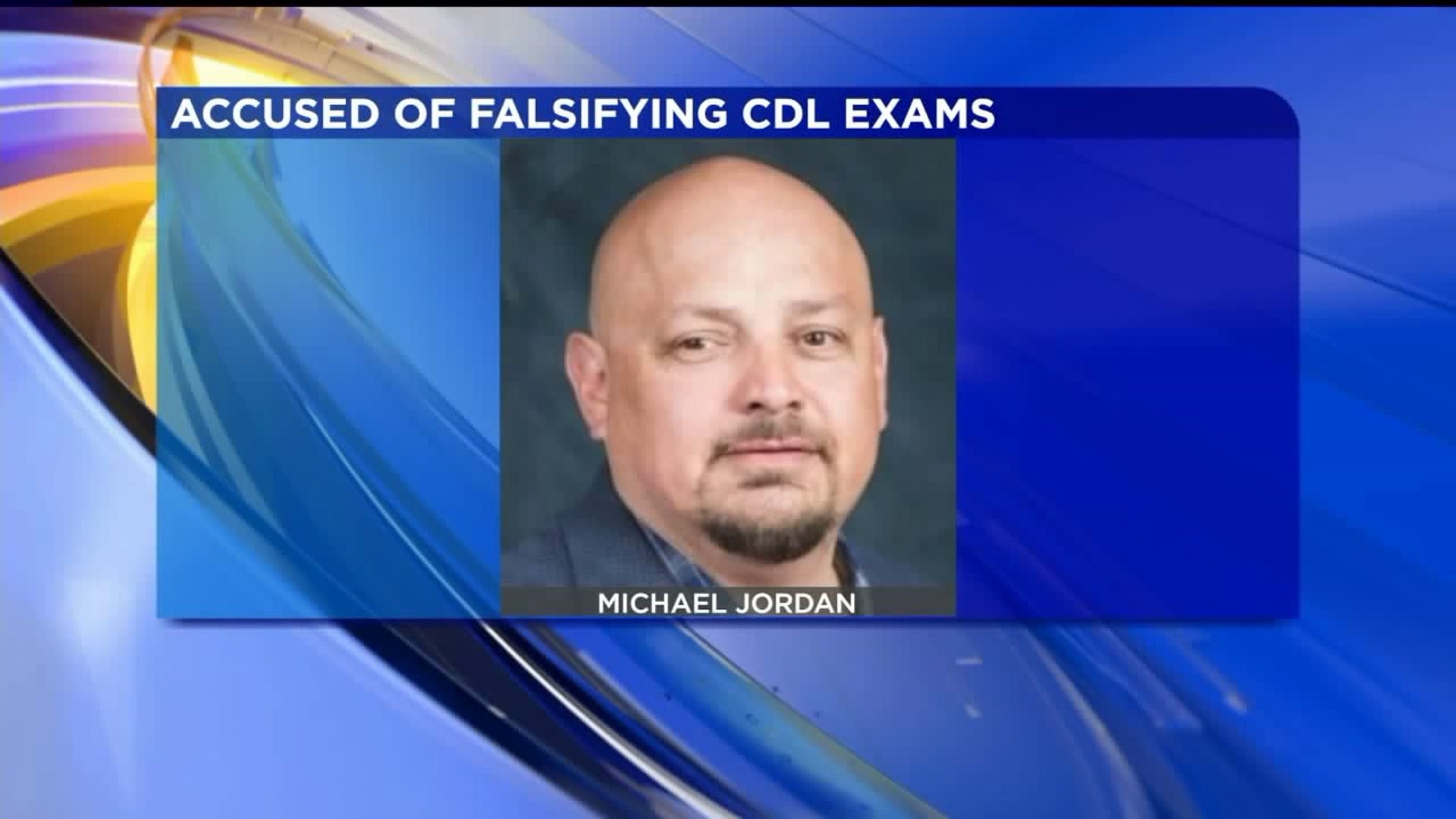 The man troopers arrested was an examiner at Luzerne County Community College. They say he was responsible for about 140 truck drivers being allowed to drive on highways who were not properly trained.

State police say our roads should be a little safer now that they have arrested Michael Jordan, 51, of Larksville.

"It shocks me that they would just take somebody off the streets and no proper, train them and throw them in one of these trucks," said truck driver Brian Luckado.

Jordan was a CDL examiner at Luzerne County Community College. Troopers say he falsified PennDOT examination reports and failed to properly test people training to become truck drivers between 2016 and 2017.

During their year and a half long investigation, troopers say they found that Jordan was responsible for about 140 truck drivers being out on the highway without proper safety training.

We spoke with this truck driver who has been on the job for 17 years.

"It's really important, you know, because the brakes are different than car brakes and it's just something you need to know before you hop in them, 80,000 pounds," Luckado said.

According to court papers, some of the people Jordan tested were not registered LCCC students. Troopers say he was accepting cash from some of them without reporting it to the college which added up to about more than $12,000.

The drivers Jordan tested had to be retested. Troopers say about 70 of them did not pass.

"It was honestly a horrible thing though, especially if they're failing now, after actually taking the test. It shows that they should've never gotten their CDL in the first place," said LCCC student William Popovich.

"What they do affects everyone around them, you know, if they lose control they blow the brakes up or what have you could cause accidents. It could happen to anybody really, even with the proper training," Luckado said.

Luzerne County Community College staff sent us a statement saying they have been cooperating with the state police during their investigation.