WEST HAZLETON, Pa. — State police have released photos of what a killer in a 55-year-old cold case could look like. The victim was a little girl. State po... 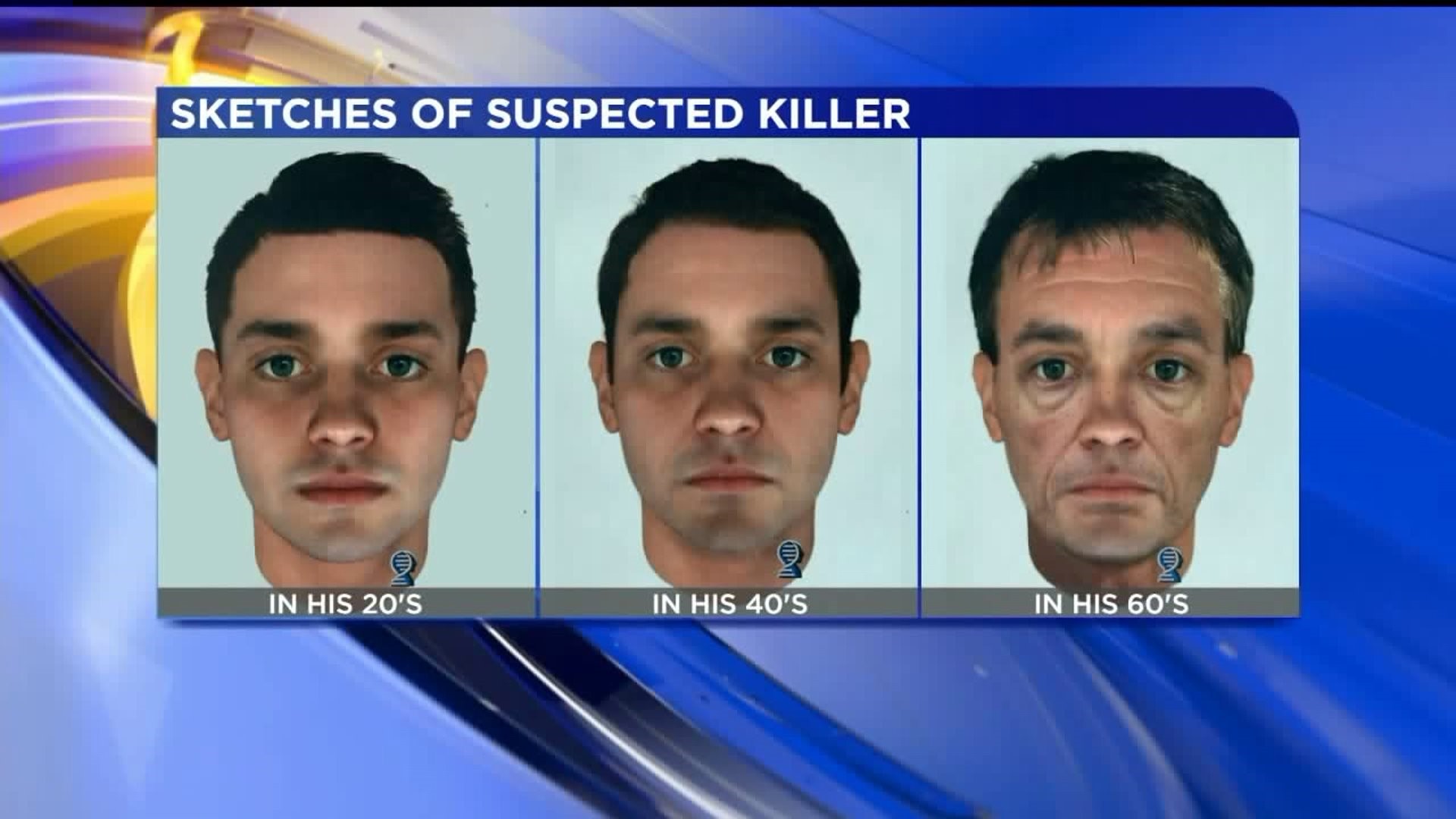 WEST HAZLETON, Pa. -- State police have released photos of what a killer in a 55-year-old cold case could look like. The victim was a little girl.

State police near Hazleton have a new tool to help them crack a case that has gone unsolved for five decades. They've used the killer's DNA to generate photos of what he might look like.

State police showed us those photos during a news conference Wednesday morning at the barracks in West Hazleton.

State Police near Hazleton are releasing more information on the 55yo cold case of Marise Chiverella. She was murdered on her way to school. These photos generated from the killer’s DNA show what he may have looked like. @WNEP pic.twitter.com/a6KKD1Il4O

The victim was a 9-year-old girl named Marise Chiverella. She was last seen alive walking to school on West 4th Street in Hazleton. Her body was later found in a strip mine area. She had been beaten, raped, and strangled.

In 2009, Newswatch 16 interviewed the family of Marise Chiverella on the 45th anniversary of the girl's death.

"She's on my mind every day. Things we do or things somebody says always remind me of her," said Marise's mother Mary Chiverella in 2009.

"Her and I would've been the same age. That particular point in time in the city of Hazleton that was basically the end of innocence at that time," Ripa said.

"March 18, 1964, was a Wednesday. Today is Wednesday. I would submit to you that 55 years ago today, Marie Chiverella lost her life walking to school," said Lt. Devon Brutosky, Pennsylvania State Police.

Now, on the 55th anniversary of her death, state police near Hazleton are still looking for the little girl's killer.

"We haven't given up on this case, so I don't want the public to give up on this case," said Lt. Brutosky. "I believe it is a tremendous break. Hopefully, the facial features are something someone can recognize. Again, it can be limited at times, but it may help us."

State police want you to take a good look at the photos and contact them with any information you have on the case.

On March 18, 1964, Marise Ann Chiverella, 9 years old, was raped, strangled & murdered in Hazleton, PA. Through new technology from @ParabonSnapshot, we now have 3 photos of the possible suspect at age 25, 40 & 60. Please contact PSP with ANY info you may have!@PAStatePolice pic.twitter.com/RGOEjdxTWI