Trees Tumbling Down onto Trailer Homes

EXETER, Pa. — A tree came crashing down onto a trailer home in Luzerne County during the storm on Monday morning. Residents tell Newswatch 16 they’v... 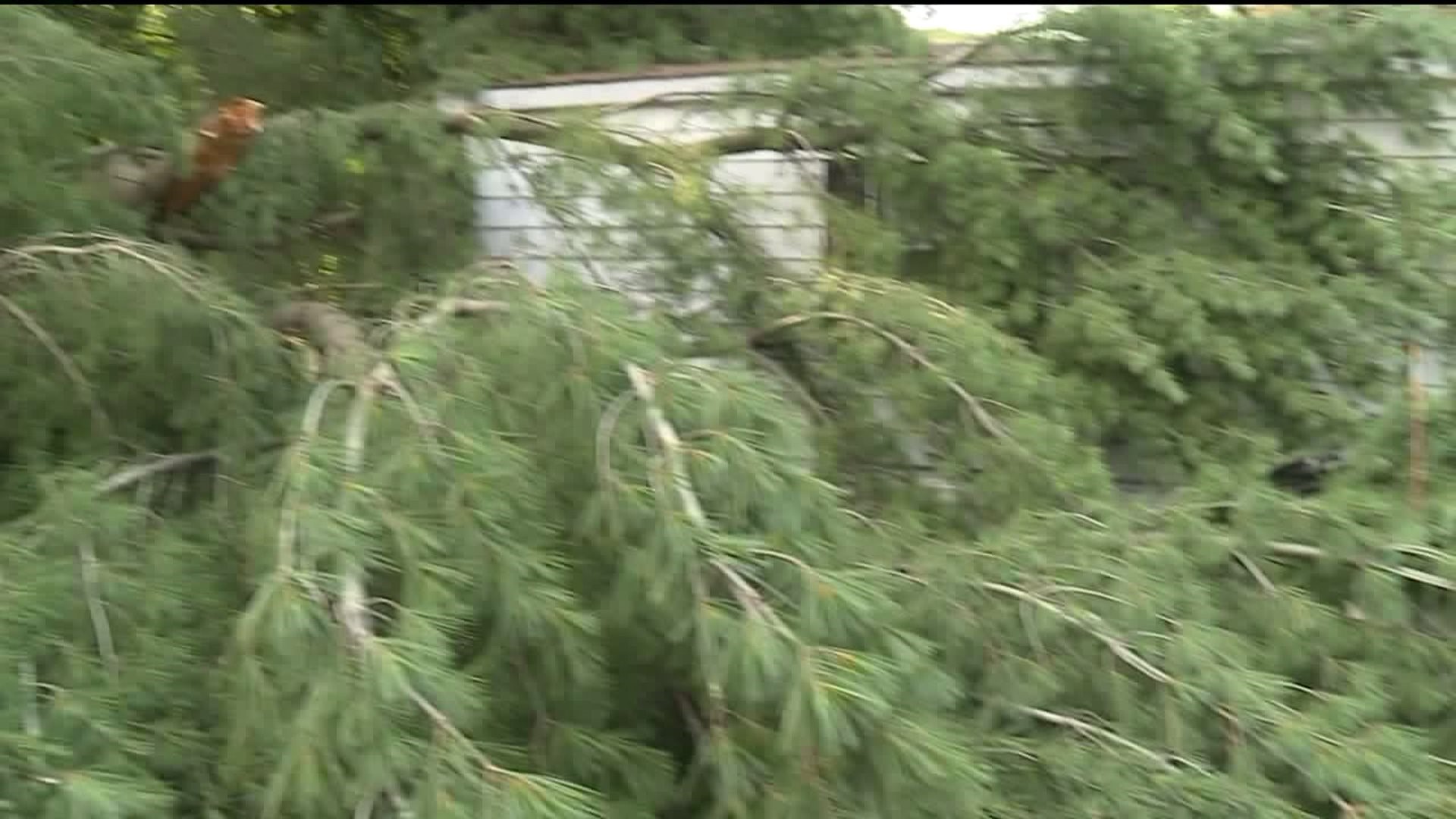 EXETER, Pa. -- A tree came crashing down onto a trailer home in Luzerne County during the storm on Monday morning.

Residents tell Newswatch 16 they've been asking management at the Mount Lookout Mobile Home Park to remove that tree for months.

We counted three trees on Monday still laying on top of trailers at the mobile home park. Residents said all the trees fell from storms this summer. Dead and dangerous trees in the trailer park have residents seriously worried for their safety.

"It's a little rough because I work all around the yard, and I could've been underneath that when it fell," William Seabridge Sr. said as he looked at the damage left behind from a tree that came tumbling down onto his trailer. The tree also may have wrecked a boat on his property.

"I was laying there and I heard an ungodly crash," Seabridge said.

On Tuesday, a contracted crew from MMR Services in Pittston was called by management to clean up the mess. Workers said they've been called to the trailer park by management before to do estimates on other tree removals. They warned management about some potentially dangerous trees, but management decided not to take them down.

"There's a lot of work that should be done in this place, but it's not up to me. It's up to them," Robert Helme of MMR Services said.

Residents tell Newswatch 16 they've been asking management to remove the dead and dangerous trees for months. We counted three trees still laying on top of trailers on Monday throughout the park.

William Seabridge Jr. has lost a lot because of these trees. In May, a tree crushed his brand new car.

"All this damage and we can't get this mobile home park to do anything about it," Seabridge Jr. said.

Seabridge Jr. is worried the next tree that will fall will crash into his daughter's bedroom.

We reached out to management at the Mount Lookout Mobile Home Park in Exeter for a comment. They told us they didn't have one and hung up.