PLAINS TOWNSHIP — Mammograms, along with self-exams, have long been the standard for screening for breast cancer. 3D mammography is taking that to the nex... 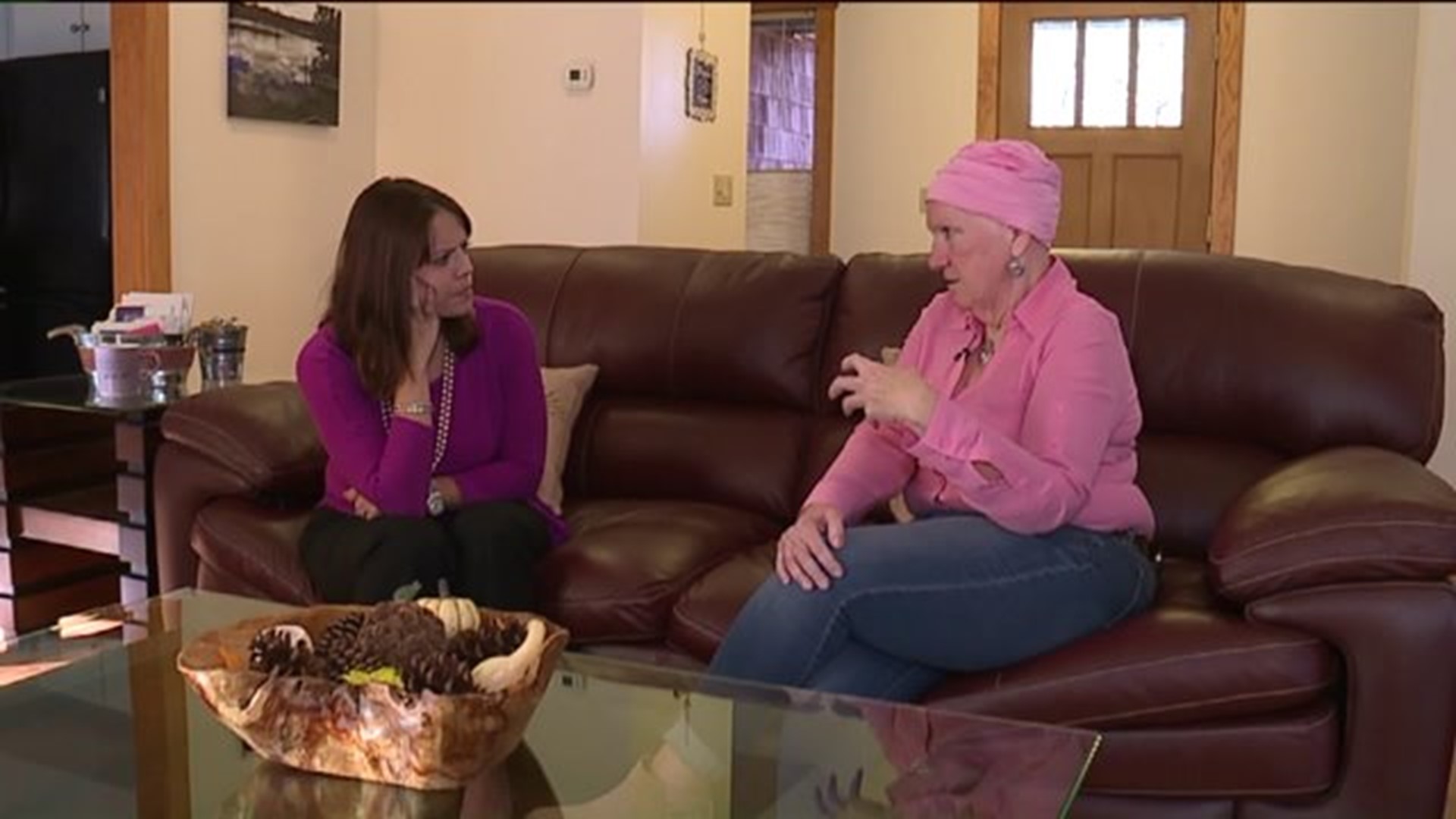 PLAINS TOWNSHIP -- Mammograms, along with self-exams, have long been the standard for screening for breast cancer.

3D mammography is taking that to the next level, allowing doctors to see even the smallest tumors.

That, plus the use of a new genetic test, is what a woman from Monroe County credits with saving her life.

Caroline Graham says her friends, coworkers, even total strangers continue to amaze her with their kindness. The woman from the Poconos showed us the blankets and scarves people give her as she finishes chemotherapy.

"I feel because of the surveillance, the type of assessment I had, and the care that I've got, I'm going to live a lot longer," Graham said.

Because Caroline's mother was diagnosed with breast cancer at age 36, she knew she was considered high-risk and had been diligent with yearly mammograms.

In June, she was tested using tomosynthesis or 3D mammography.

"That allows us to pick up malignancies we might not necessarily see on a standard 2D mammogram," explained Dr. Jacqueline Guerriero.

Dr. Guerriero says it's easy to see what formed in just one year, a small cancerous tumor in an early stage -- something Caroline might not have picked up on otherwise.

"It was very, very small, something you wouldn't necessarily feel on a breast exam," said Dr. Guerriero.

But that's not the end of Caroline's story.  After surgery to remove the lump, doctors decided to do gene analysis on the tumor itself, looking for what's called a recurrent score.

"We send her specific tumor to a lab and they give us a percentage of the risk of it coming back," Dr. Guerriero said.

Caroline's risk was deemed high intermediate and chemotherapy would reduce that to a less than 10 percent chance of reoccurring.

Caroline admits chemo has been rough, but she and her doctors know her prognosis is excellent.

"There were cells that aren't organized to be seen on x-ray, and we're eradicating them with the chemo and the radiation. And I'm going to live a good life!" she said.

Caroline isn't just a patient at Geisinger; she also works there. She's a nurse practitioner in the cardiology department at Geisinger Wyoming Valley Medical Center near Wilkes-Barre.

She's on leave now to recover but hopes to return to work four hours a day soon.