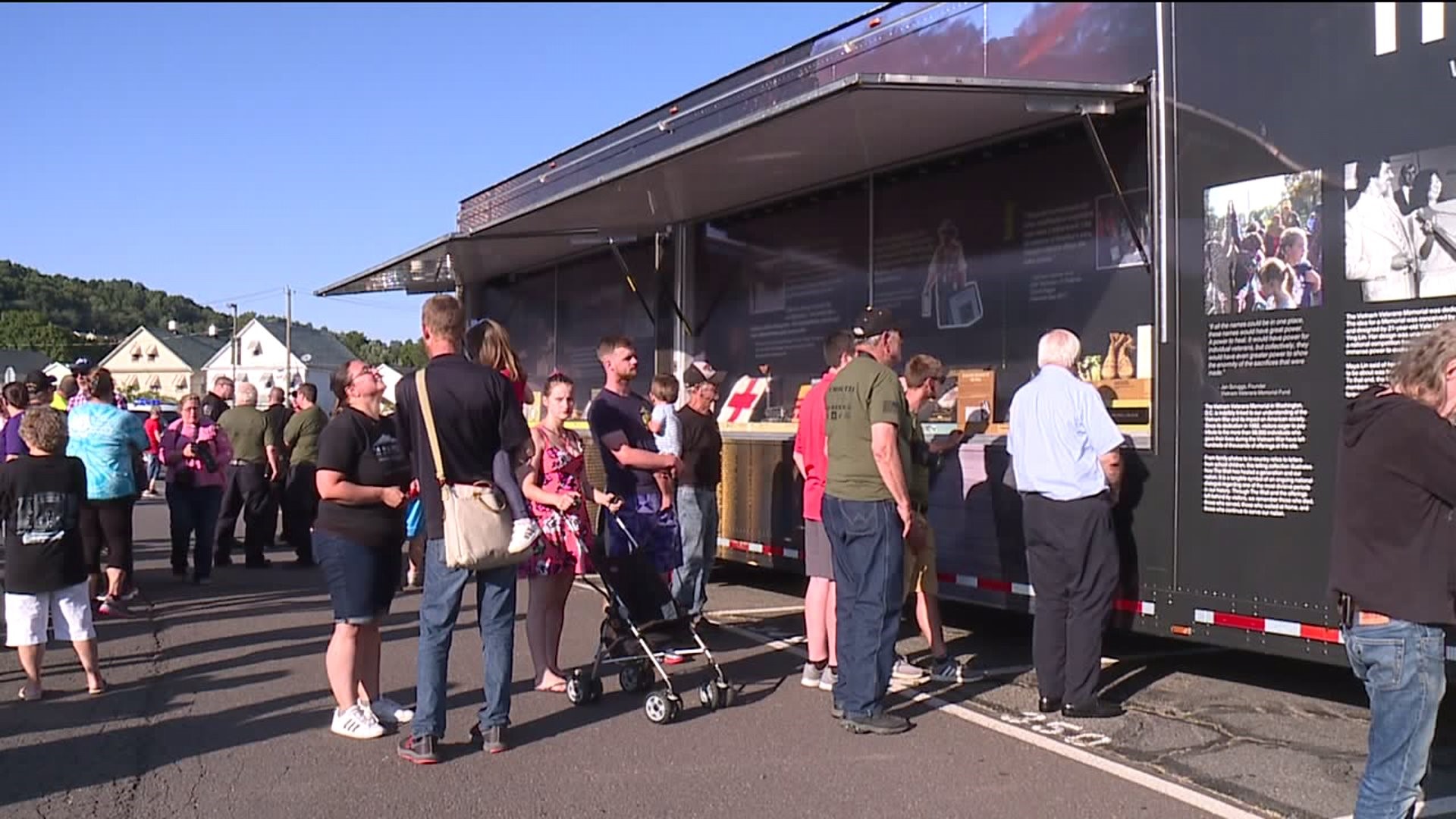 With emergency responders and Vietnam War veterans leading the way, The Wall That Heals had quite the welcome to Wyoming Valley West High School in Plymouth.

The wall is a smaller replica of the Vietnam War Memorial in Washington, D.C.

"When it came down Main Street, everybody got so quiet, and it brings tears to your eyes," said Bonita Dailey of Plymouth.

The Wall That Heals has the names of 58,000 service members who died in the Vietnam War. Of the 75 who were from Luzerne County, seven were from Plymouth.

"We lost seven young men, and I knew every one of them. One of them was my nephew. I brought him home when he was killed. I was his body escort," said Clyde Peters, Vietnam War veteran.

The Vietnam War memorial travels all over the country, making more than 30 stops along the way. Clyde Peters worked for nine months to bring the wall to Plymouth. He says it wasn't easy.

"If you only knew how many times I wanted to bring this wall here and I knew I didn't have a chance because you have to compete against so many cities across the U.S., and to do that, it's tough," Peters added.

The people of Plymouth showed just how much the arrival of this wall meant to them. Hundreds of people of all ages welcomed the wall.

"It shows the community spirit of the town, how when people want to do something positive, you see all the people here right now," said Frank Coughlin of Plymouth.

"It gets to you in the heart because you're just so proud," Chris Pagoda of Plymouth said.

The Wall That Heals will be assembled and unveiled in Plymouth Wednesday morning at 8 a.m. The wall will be on display until Sunday afternoon and is free for anyone to see.