PITTSTON TOWNSHIP —  A train and tractor-trailer collided Monday afternoon in Luzerne County. It happened after 1 p.m. at a railroad crossing on Oak Stree... 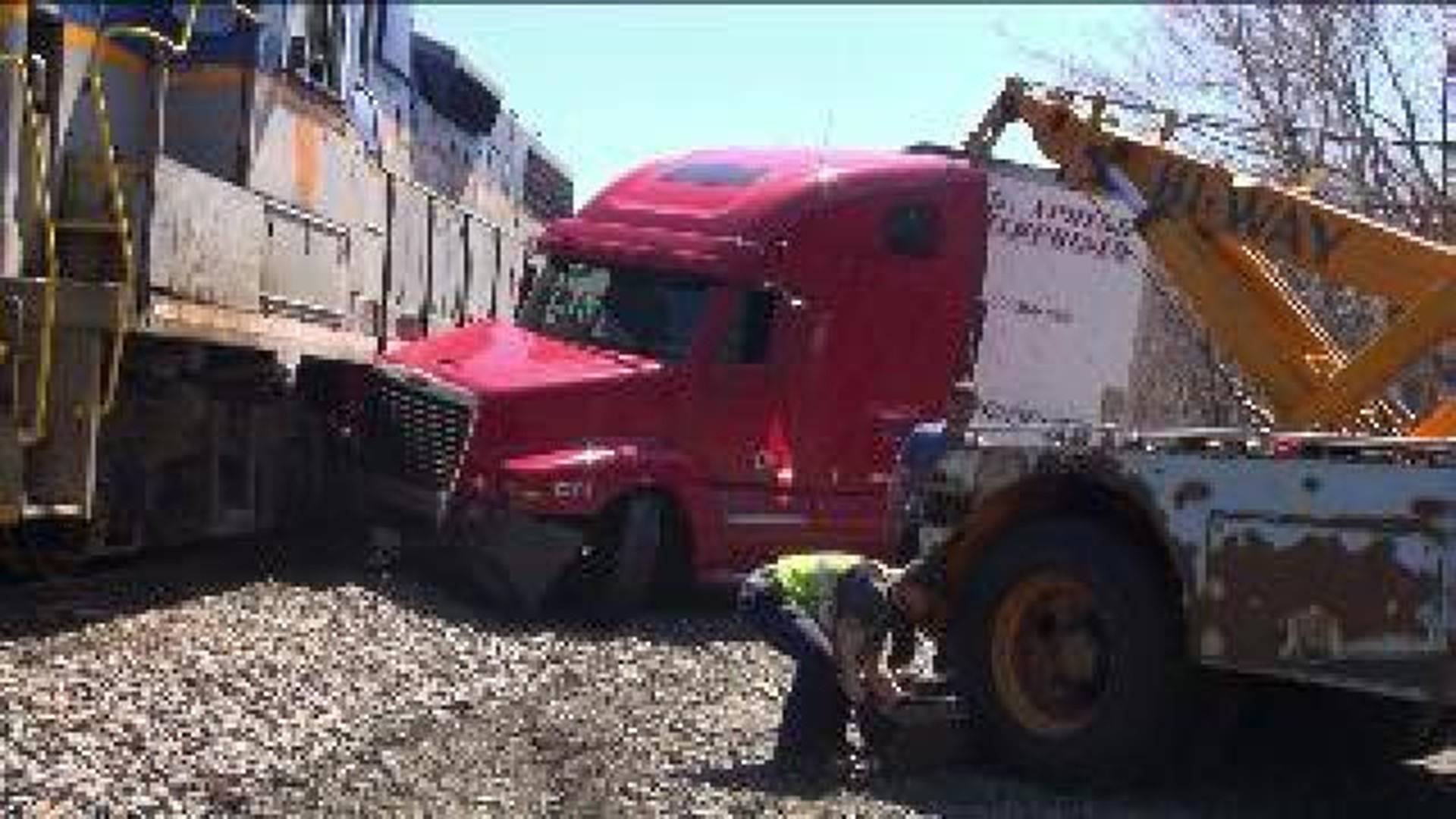 It happened after 1 p.m. at a railroad crossing on Oak Street in Pittston Township, near Pittston.

Police say the truck got stuck in the railroad crossing. Emergency crews were called to try to move the stuck rig.

The Pittston Township police chief tried to flag down the train as it approached the crossing.

The truck driver was able to get out before the train hit.

"No sooner did I hang up with comm center, the bells started ringing, the arms started to come down. We told the driver to get off the truck. I ran up to try to flag the train down but it was coming around the corner already. There was no way to stop. I just turned around and watched it hit," said Pittston Township Police Chief Robert Avvisato.

The train was travelling about 25 mph but it was fast enough to push the truck down the tracks.

Investigators said the drver of the tractor trailer was following a navigational system to find his way and stalled on the hill near the tracks.

Police said Oak Street is restricted to tractor trailers like that.

The driver may be cited.

The chief said he has worked in law enforcement for decades and has never seen a crash like this before.

"Every body got out of the way on time so, all we got was a little property damage here and thank God, nobody was injured. " 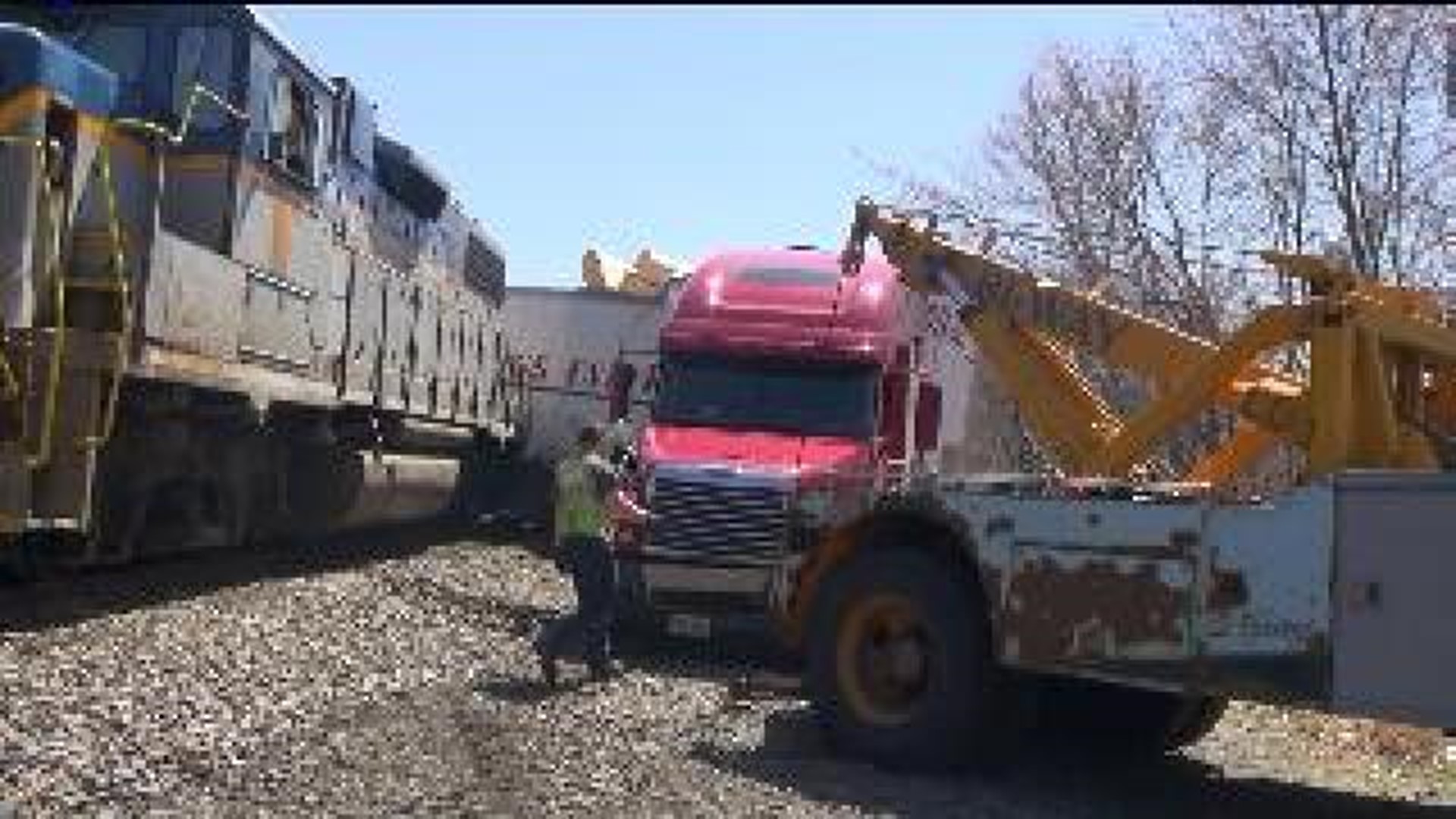 Here's another view of tractor trailer into train. @WNEP pic.twitter.com/PWD4amnlex

Police say truck never should have been on this road. It was 53 ft. Nothing over 28.5 ft allowed. @WNEP pic.twitter.com/j6tTTafBxt