PITTSTON TOWNSHIP, Pa. – The water came up fast in parts of our area after overnight rain, and rescuers had to get a tractor-trailer driver out of his rig after... 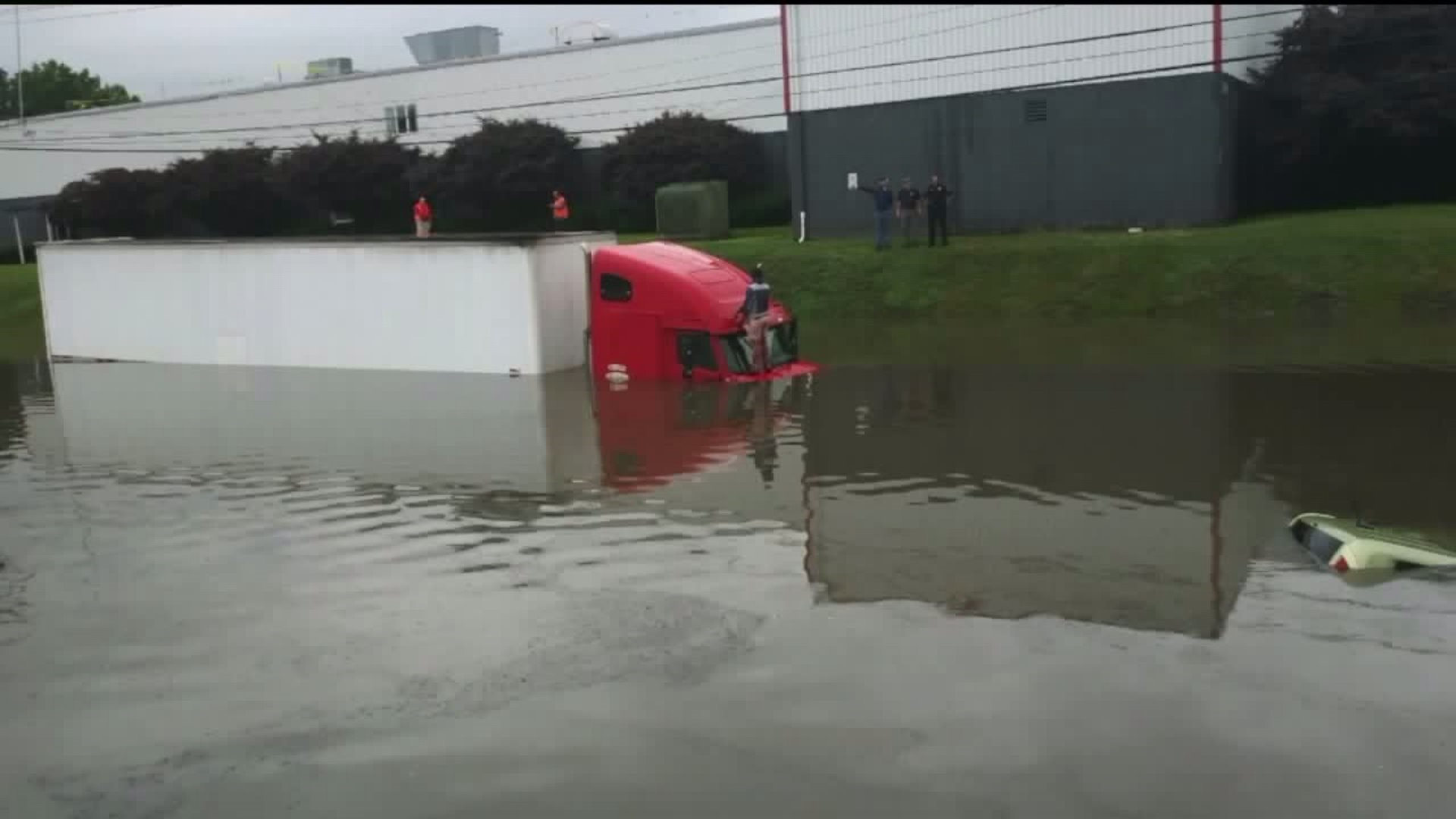 PITTSTON TOWNSHIP, Pa. – The water came up fast in parts of our area after overnight rain, and rescuers had to get a tractor-trailer driver out of his rig after water swamped it in Luzerne County.

"You know, if you see a large body of water, turn around, don't drown. It's that simple."

That's what is on the minds of truck drivers in Luzerne County as their workday came to a stop when flooding blocked the roadway outside two plants in Pittston Township.

Witnesses tell Newswatch 16 an SUV was already submerged for hours on Oak Street when a tractor-trailer driver tried to drive through the water around 8 a.m. Monday and got stuck.

"I just kind of wonder what they were thinking. You know, if you see a large body of water, you just don't drive through it. It's just, for me, common sense," said Frankie Sellers from Texas.

Shortly after the driver made the attempt, he ended up stranded on the top of his cab needing to be rescued. Crews were able to throw him a life preserver and a rope and pull him to safety.

This viewer photo shows the driver of this tractor trailer standing on the cab before he was rescued on Oak Street in Pittston Township. No one hurt. Tow trucks are on standby waiting for water to receed before they can remove the truck or the submerged KIA @WNEP pic.twitter.com/zKR5rz1Dvx

"I'm glad that I heard everybody got out safe, you know, no one was injured," Sellers added.

Drivers say they are surprised no one was hurt considering how deep the water was on Oak Street, but they hope what happened will serve as a lesson to all.

"And that small of a car, if they drive through here quite a bit, and it looks like a local, they should know that this road is a little bit of a dip here and not drive through," Sellers said.

There was a similar scene on Route 92 in Exeter where water rose quickly at a bridge project. The contractor tells Newswatch 16 he didn't expect this much rain, and the pump that redirects the creek couldn't keep up, leaving a Bobcat and a mini excavator submerged.