WILKES-BARRE, Pa. — Elected officials joined people in Wilkes-Barre for a town hall meeting on Saturday on the topic of health care. The event was held in... 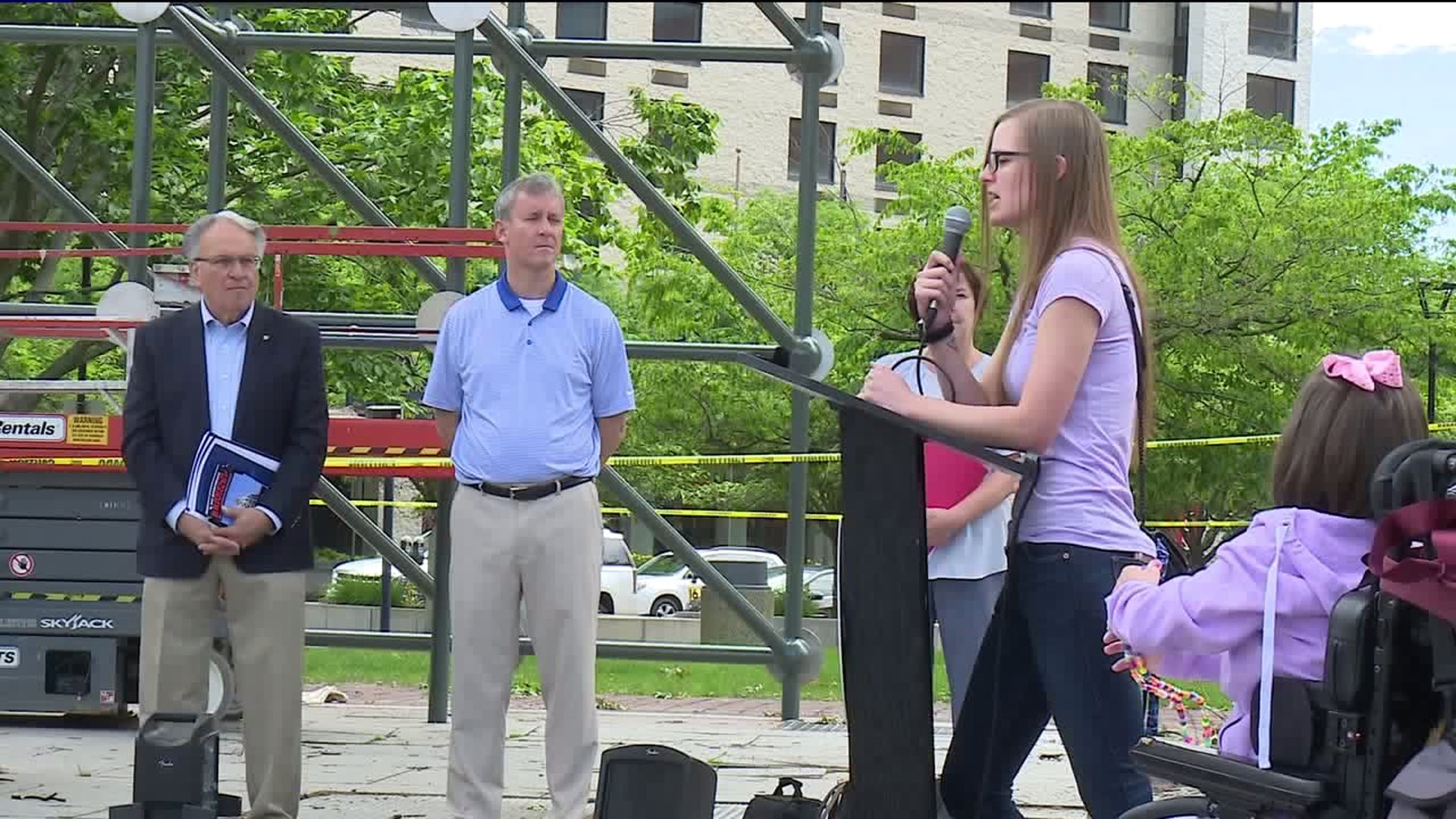 WILKES-BARRE, Pa. -- Elected officials joined people in Wilkes-Barre for a town hall meeting on Saturday on the topic of health care.

The event was held in conjunction with others all across the country.

Frustration over the current state of health care in America brought a crowd to Public Square in Wilkes-Barre.

Democratic Congressman Matt Cartwright hosted the gathering and expressed his frustration that Republican senators seem to be holding up health care reform.

"The Democrats are passing bills to protect health care, to expand healthcare, bring down the cost of prescription meds, make sure the health care system works better for everybody. Unfortunately, the other side doesn't have a plan," Cartwright said.

This weekend's town hall is part of a larger event being held across the country. Democrats are holding events for "Health Care Weekend," highlighting work that they hope to accomplish in the coming months.

Amy Zemek from Covington Township came to the town hall with her daughter Alexa who was born having suffered a traumatic brain injury. And though she has private insurance, Zemek says she constantly has to fight for her daughter's health care.

"We need the Senate to start picking up these bills and paying attention to the basic needs of American people," Zemek said.

House Democrats have passed 11 health care bills this session, but Cartwright says they are all stuck within the Senate chambers.

"Senator McConnell calls himself the 'grim reaper' because he wants to kill all these bills. That's the big news coming out of Washington is that the Democrats are working to shore up health care and make it better for everybody," Cartwright added.

"Republicans believe health care should be affordable and accessible. However, we disagree with the complete government takeover of health care as proposed by Congressman Matt Cartwright and his D.C. socialist allies."