EDWARDSVILLE, Pa. — A furniture store that was destroyed by a tornado last year in Luzerne County will move into a new and permanent location next month. ... 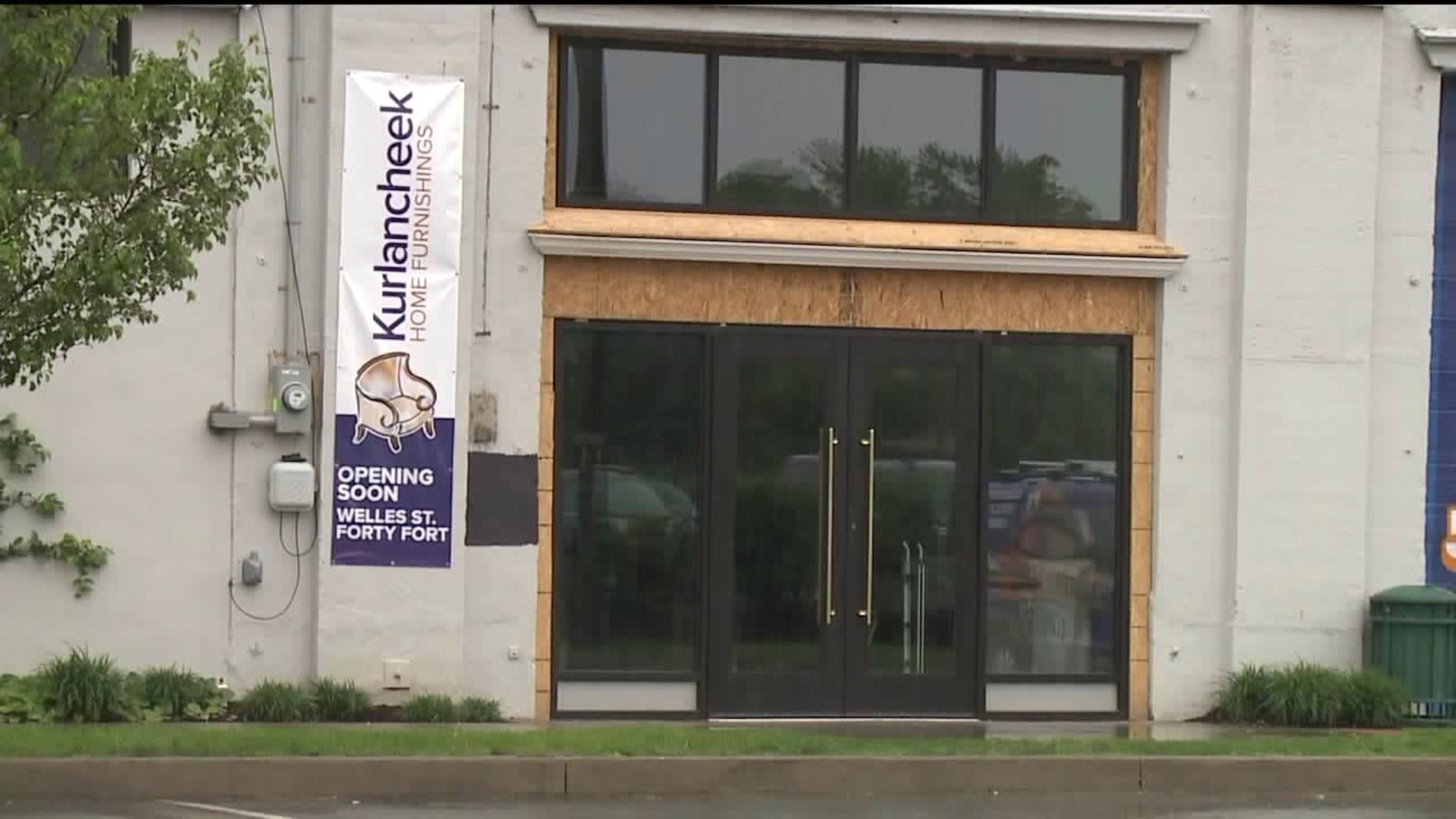 EDWARDSVILLE, Pa. -- A furniture store that was destroyed by a tornado last year in Luzerne County will move into a new and permanent location next month.

Kurlancheek Home Furnishings has been running out of a temporary location in Edwardsville, but the owner says she's happy to announce she'll be moving to a new building on the one-year anniversary of the tornado.

Kurlancheek Home Furnishings employees are getting ready for a big move. The store will be moving from its temporary location in Edwardsville to a permanent one.

"It's been very challenging," said owner Ronne Kurlancheek. "The good thing is we are finally going into our new location."

The store was one of the many businesses destroyed during the tornado that hit Wilkes-Barre Township last June.

"It was pretty devastating to find out what had happened to the business," said Barb Zuranski, a bookkeeper for the business.

After the tornado destroyed Kurlancheek's store in Wilkes-Barre Township, she moved into a temporary location in Edwardsville. Now, she plans to call this new location on Welles Street in Forty Fort her new home.

I'm so excited. It's going to be a little different, a little the same," Kurlancheek said.

The owner was able to keep most of her employees and customers during the transition.

"After the tornado, no one canceled their special orders. Everybody waited for their furniture to come back in, which is a tremendous amount of loyalty for someone to do that."

The new store will be opening on June 13, the anniversary of the day the tornado hit.

"We can open and put the past, I mean the cloud of the tornado, so to speak, to bed. It's done, now every year when we think of June 13, we'll think of the opening of the new store and not the tornado."