NANTICOKE, Pa. — A special gift for a little girl from Luzerne County after video of her went viral. Knoebels Amusement Resort sent the 2-year-old girl fr... 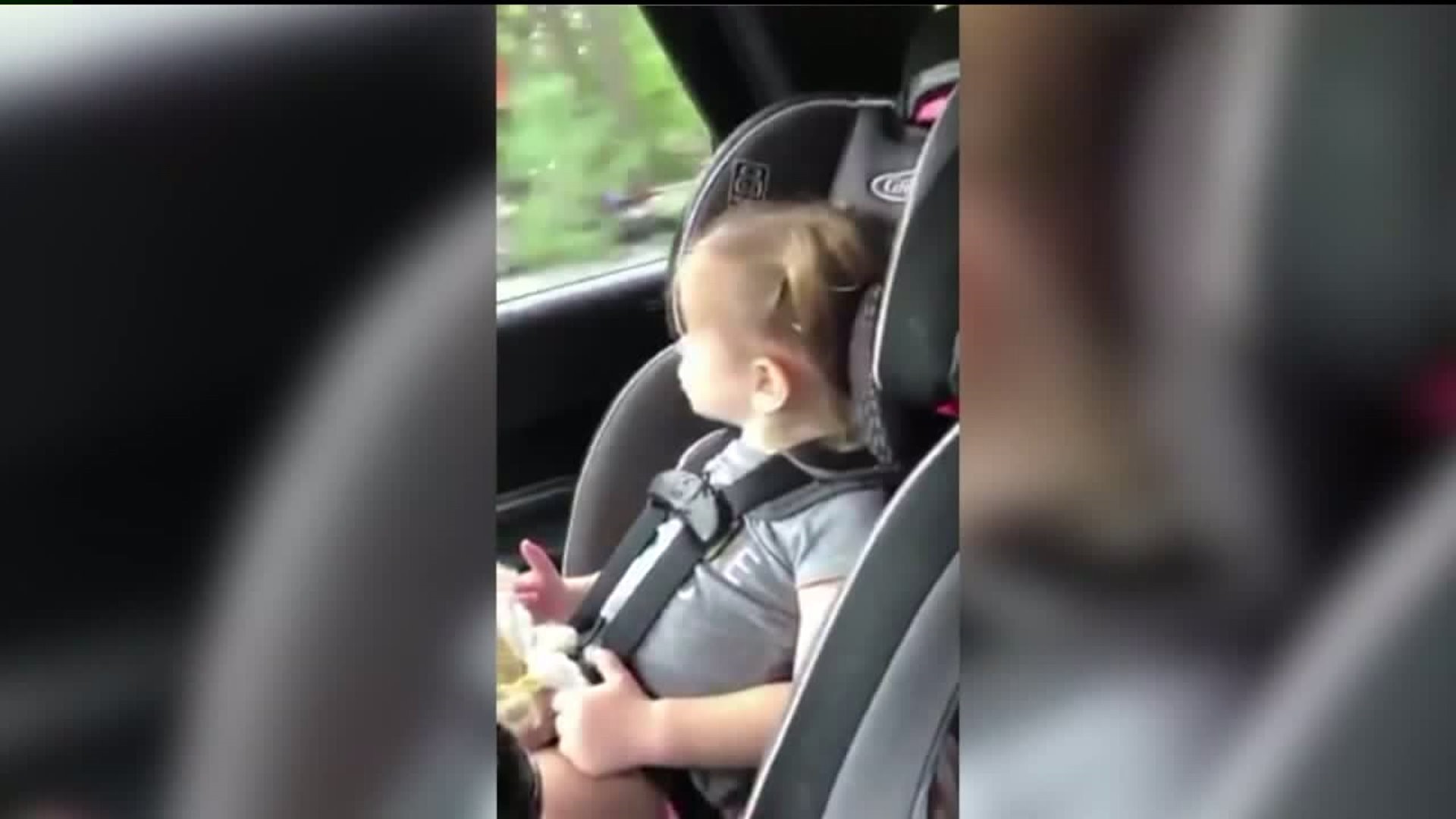 NANTICOKE, Pa. -- A special gift for a little girl from Luzerne County after video of her went viral.

Knoebels Amusement Resort sent the 2-year-old girl free tickets to the park after her family captured a moment arriving there that set the internet on fire.

The little girl from Nanticoke and her family took a trip to Knoebels last weekend. When they got there, her reaction was so priceless it had to be caught on video.

2-year-old McKinley Gleco of Nanticoke is not your average toddler. Excitement doesn't even cover how she feels about the amusement park.

Her family recorded the video of her over the weekend.

"And the roller coaster! I freaked out!"

"I asked, because I was driving, for my stepmother to record her because I knew she would get excited and so she did and then we heard the infamous 'I freaked out,'" said McKinley's mother Melissa Roberts.

Melissa Roberts posted the video on Facebook after their trip. Then Knoebels posted it on their page. Since then, the video has gone viral.

"I didn't expect her to do that. We didn't know she would be famous like two days after," said her brother Aidan Reilly.

Now, the 2 year old says pretty much whatever comes to her mind, but her family says there was a time McKinley wasn't as talkative. Her mother says there were complications during her birth.

The family says they couldn't be happier to see how far McKinley has come and that they're not surprised she's become such a star.

"It doesn't surprise me because she's very vocal and you never what she's going to say. We don't usually catch them on camera, so this was a good one for sure," Melissa added.

The amusement park thanked McKinley for her video by sending her a letter from the park's mascot, tickets to go back to the park, and a book of stickers.