Tires Covered with Tar After Oil, Chips Mixture Fails to Set on Route 239 near Shickshinny 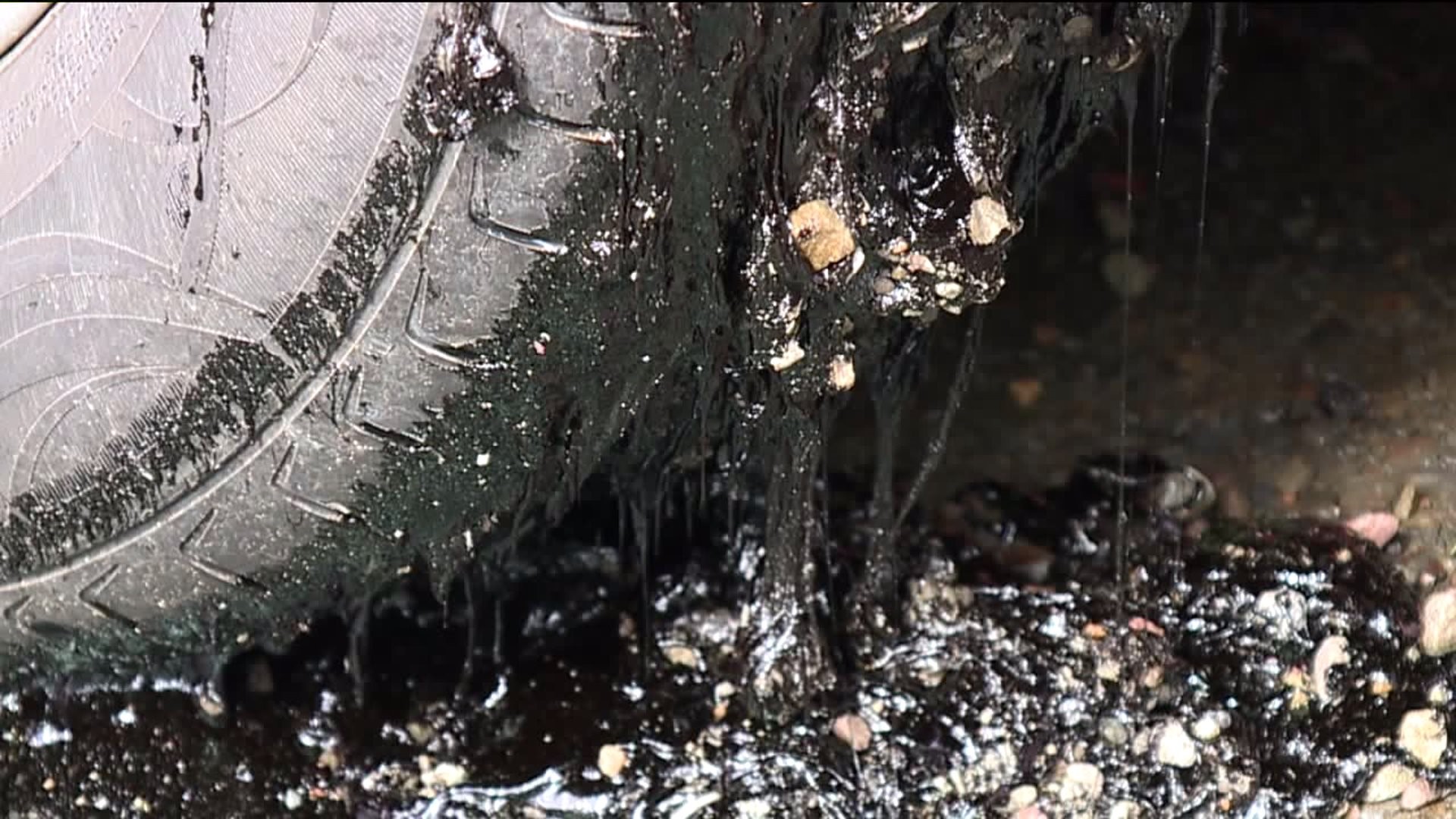 PennDOT says Route 239 in Union Township near Shickshinny was oiled and chipped Monday morning, but for some reason, the mixture didn't dry.

“And like you can see, a lot of it is already slopping off,” said Amanda Bach, as she talked about what happened when she took a quick trip up Route 239.

Bach is just one of several people who drove on Route 239 after PennDOT crews oiled and chipped the road Monday morning. PennDOT says the mixture failed to set.

Now, the tires on Bach's brand-new van are covered with tar.

“I literally went from Cope Road here to my driveway and I like heard this thumping sound. It sounded like I had a flat tire, and then I was like, 'Oh my God, what is that?'” said Bach. “And when we got out we saw all of this.”

PennDOT closed Route 239 as crews put down sand in an effort to set the mixture.

Ed Cragle posted a picture of his tires to Facebook after making his mail deliveries in his own truck.

“So I just well, you know what, I'll let everybody know, if you're wondering why [Route 239 is] shut down, took a picture of my tires and said this is why,” said Cragle.

A detour was set up around Route 239, but it's the main road leading up to Northwest Area High School, which had its graduation ceremony during the closure.

“I'm just worried that people who are not used to being out here are not going to be able to find the high school with the detour signs the way they are,” said parent Lisa Delaney.

For most people coming out to the graduation, they said they're very familiar with the back roads and had no issues getting out to the school.

“Most people know here how to get around it, from the school,” said Cragle.

For Bach, she's just focusing on getting her new van back on the road.

“I filed my claim with my insurance company, and I'm going see what the claim process is going to be with PennDOT as well.”

PennDOT says the sand did not set the tar. Now, crews are using machinery to scrape the oil and chips off Route 239. The hope is to have the road open sometime Wednesday morning.