Cathalina, 3, was accidentally hit and killed Saturday while at a park in Plymouth for a birthday party. On Sunday, family and friends gathered to remember her. 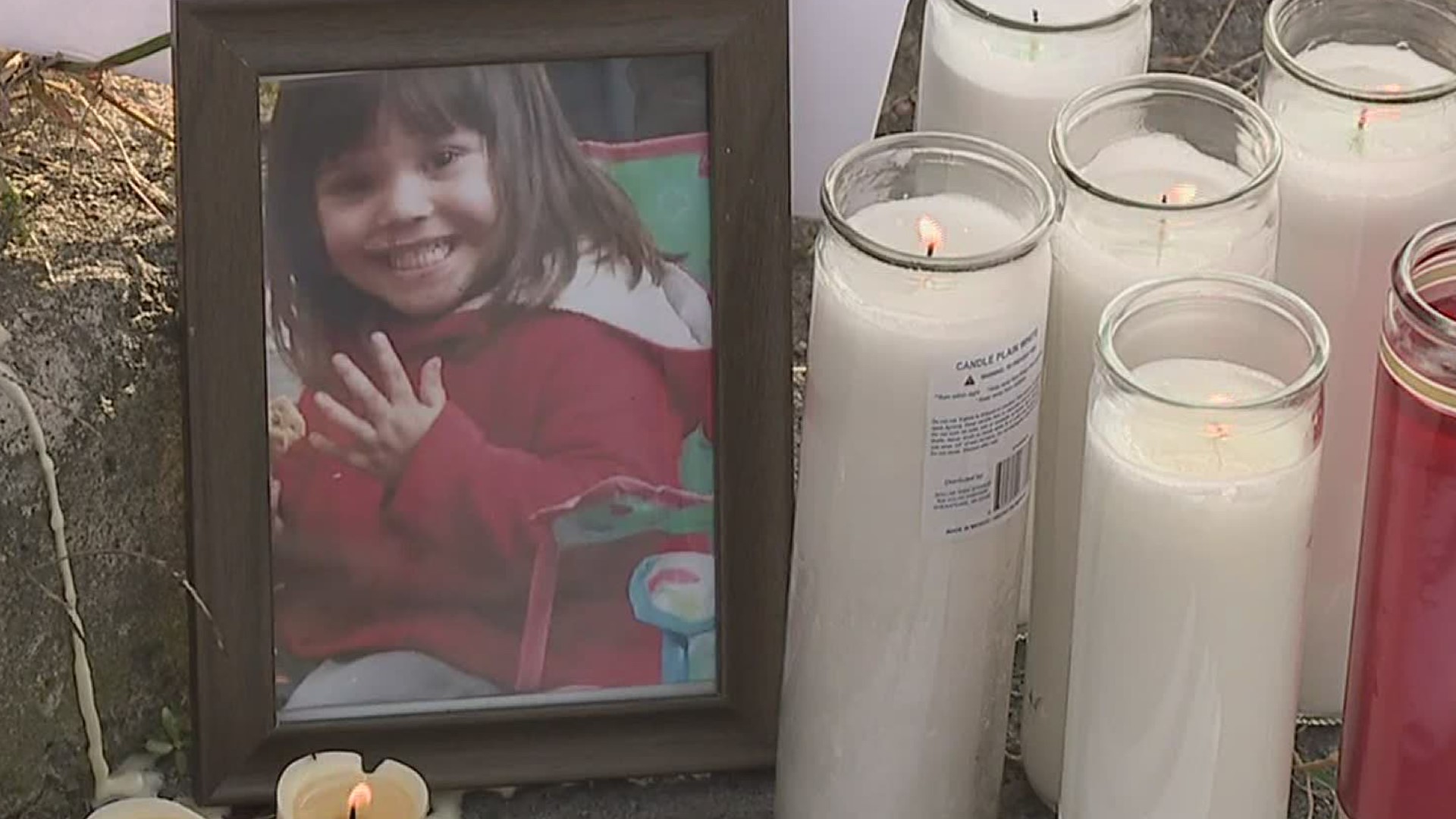 PLYMOUTH, Pa. — A Luzerne County family gathered Sunday together to celebrate the life Cathalina, three, who went by "Lina" after a birthday party turned tragic in Luzerne County Saturday.

The toddler and her family were at the park celebrating her aunt's 18th birthday Saturday.

A family member who did not wish to appear on camera said she saw her mother's SUV arrive and ran onto Beade Street.

It's unclear how the little girl ended up behind the vehicle, but the family says she was run over as her mom backed the vehicle up while parking.

"Lot of people were screaming a lot of children were just, confused. It was scary," said Steven Olivares, Plymouth.

Sunday, the balloons released by the family were not to celebrate a birthday, but rather Lina's new beginnings in heaven.

Her aunt says she'll remember how she was always smiling, beautiful, and smart beyond her three years.

"The witness that saw what happened was in tears. His children were in the park. It was bad; it hit me pretty hard."

Neighbors say the park's close proximity to River and Beade Streets has always been a concern, saying that people drive way to fast along Beade Street, a dead-end road.

"There's kids here. They go through the stop sign there's a lot of kids. This is a park right here. They're always speeding," said a neighbor.