UNION TOWNSHIP — Police arrested three men connected to a home invasion near Shickshinny. One of the suspects who broke into the home and tied up a couple... 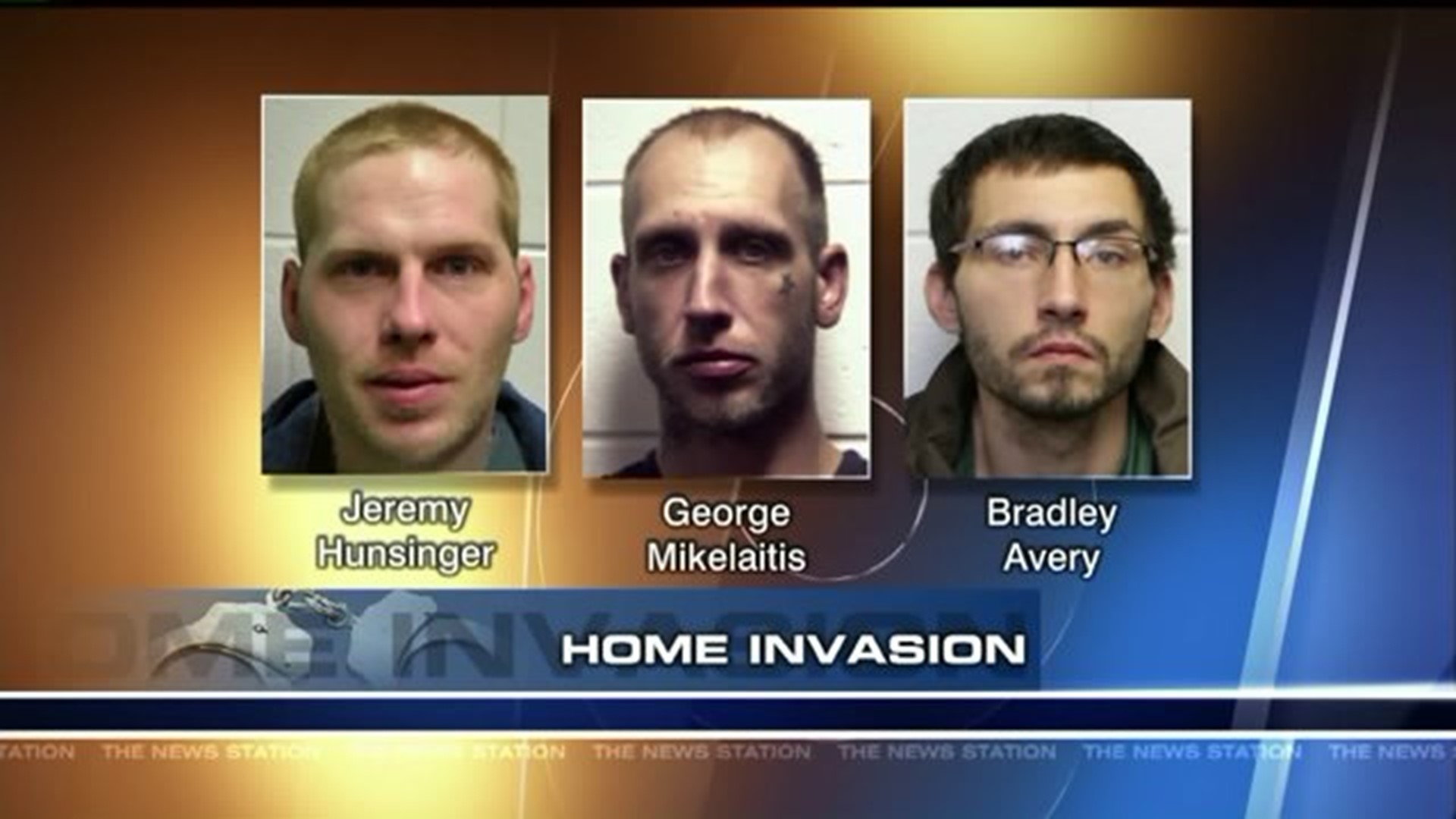 One of the suspects who broke into the home and tied up a couple, stole, among other things, cookies from a cookie jar. Fingerprints left on the cookie container helped lead police to the suspects.

Investigators think two of the men barged in with ski masks, tied up and robbed a couple for cash at their home on Sorber Road.

"They must have knew the people because they were coming from Montrose and Wilkes-Barre area, and to find that house, their location is, it's all back roads."

Court papers show Mikelaitis did know the victim, William Lear, because Lear had bought antiques from him. When Mikelaitis demanded money during the home invasion, Lear recognized his voice. But investigators also found fingerprints on a cookie container. Court papers show Avery has diabetes, was shaking at the time, and asked the tied up couple for cookies. He couldn't open the container with his gloves on, so he took them off. Police later lifted Avery's fingerprints from the container.

The alleged thieves also made off with a computer, jewelry, and guns.

People who live in the area say they'll be able to sleep a little bit easier now that the men have been caught.

"That's good. The cops are doing their job then."

The suspects are all locked up in the Luzerne County jail facing burglary and assault charges.