PLYMOUTH, Pa. — Three people are now facing charges in a horrific case of alleged child abuse. A father, stepmother, and grandmother are charged with tyin... 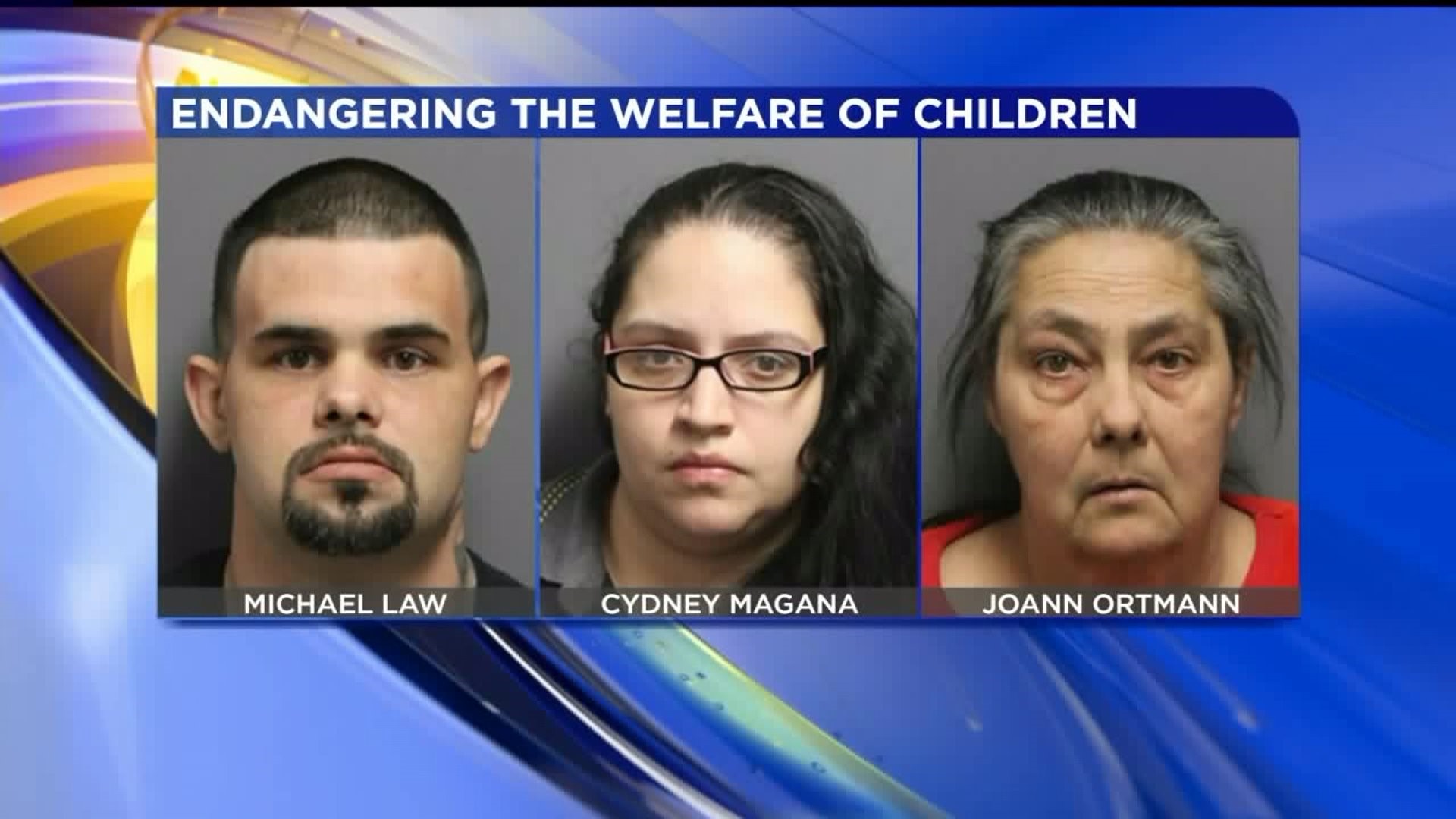 A father, stepmother, and grandmother are charged with tying a child to a bed with a belt, making her eat off the floor and other horrific acts.

Plymouth police arrested all three suspects Wednesday and there are two children involved.

Police say Ortmann abused her 9-year-old granddaughter inside a home on Gould Street in Plymouth and her parents Law and Magana let the abuse happen. All three are facing child abuse charges.

Police say the 9-year-old child was tied to a bunk bed, was forced to wear urine-soaked clothing, and had to eat from the floor.

The girl's sister was also tied to a playpen.

The papers also say Ortmann hit one of the children on the head with a coffee mug.

"Once we found out there was something going on with Children and Youth. Children and Youth did remove the children from the house, so during the investigation, no child was in harm's way," said Plymouth Police Sgt. Michael Thomas.

During the course of the investigation is Plymouth, police also found the family was facing similar charges in Duryea.

According to court papers, in 2016 when the family was living in Duryea, police say the family's home was filthy. The children were taken from the family but were later given back because there was no abuse. In these latest set of charge,s court papers show two of the children were also abused in a home in Duryea. They were tied to a playpen with zip ties.

All three suspects are facing several child abuse-related charges and are locked up in Luzerne County.