Alabama was set to play its 50th Anniversary Tour in April of 2019, but an illness in the band postponed the show - then COVID-19 happened. 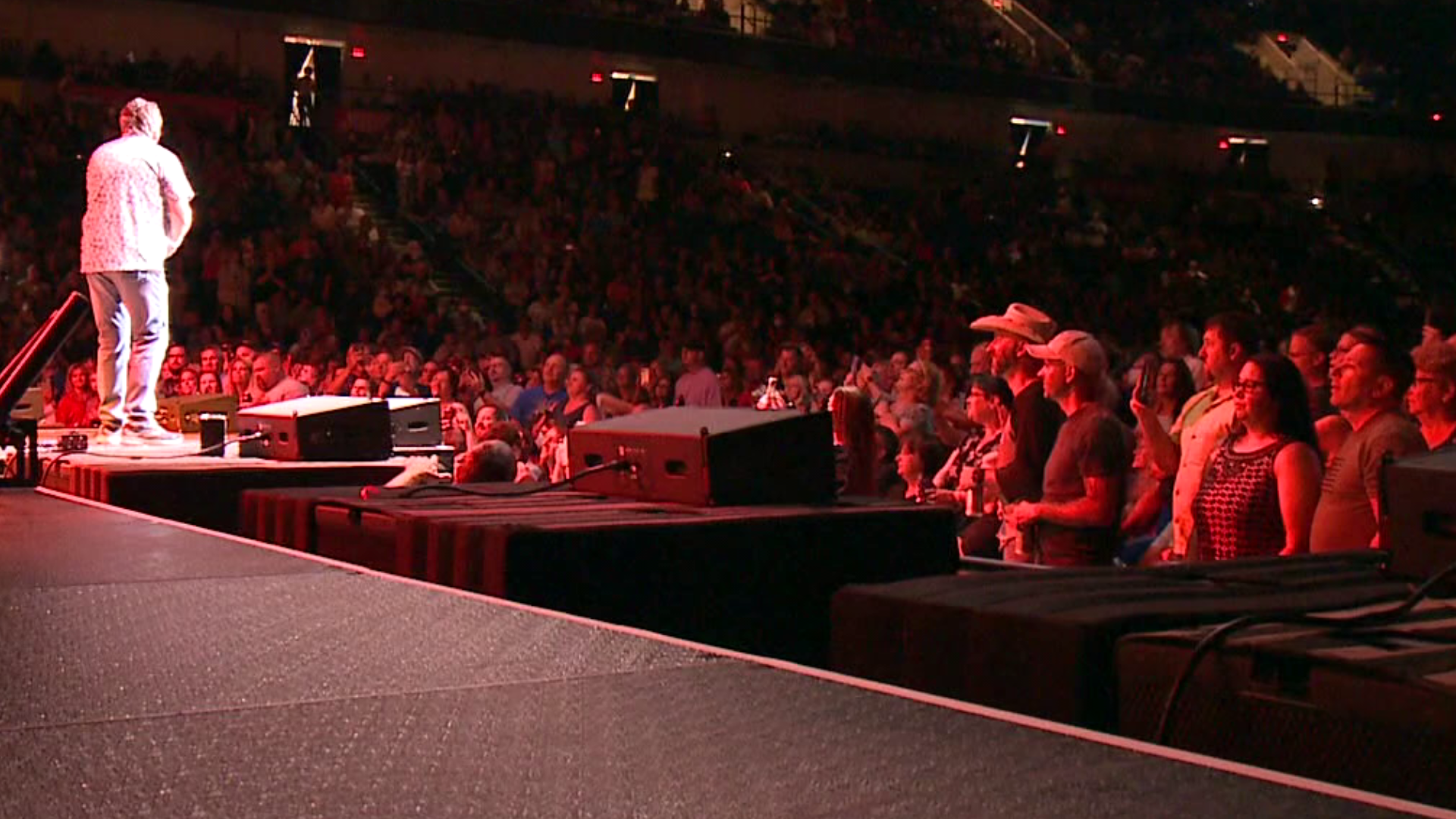 WILKES-BARRE TOWNSHIP, Pa. — And just like that - live music was back at Mohegan Sun Arena.

This was the first concert to be held at the arena near Wilkes-Barre since the pandemic began.

Headlining Friday evening is the band Alabama on its first stop of its 50th Anniversary Tour.

Roughly 6,000 fans packed into the arena for the concert.

Among them, Rolland and JoAnn Bieber, who came in from Turbotville.

"To get out, we've been cooped up long enough. We've had our tickets for two years!" said Rolland and JoAnn.

Alabama's original 50th Anniversary Tour was set for April 2019, but an illness in the band forced members to postpone it.

Then the pandemic hit - postponing all events at the arena.

So while the band is a few years older, it's sticking with its 50th Anniversary Tour show.

A family from Susquehanna County say they are just fine with that, having held on to their tickets while they waited.

"Two years! They gave that tour to hang on to them. I saw them in, I think they were here in '84. When they were solo at the Binghamton Arena. Awesome, my first concert, it was so good. Then I saw them in '86 and now again today," said Barbara Summers of Halstead.

Michael and Cindy Gaters from Lewisburg say it feels freeing to be doing something so normal.

"It's good to be out and about, not couped up. We're ready," said Michael and Cindy.

The arena wants to remind people that pre-pandemic rules are still in place, and that includes only clear plastic bags to hold your items inside.

"Anything you experienced in a concert here prior to COVID is still going to be in place. Just some added precautions to keep everyone safe," said Will Beekman, General Manager.

The added precautions include having unvaccinated people wearing masks and only credit or debit cards for purchases inside - no cash will be accepted at the venue.