WILKES-BARRE, Pa. — A well-known journalist wrote a book about voters in Luzerne County and the effect they had on the 2016 election. That book hit the st... 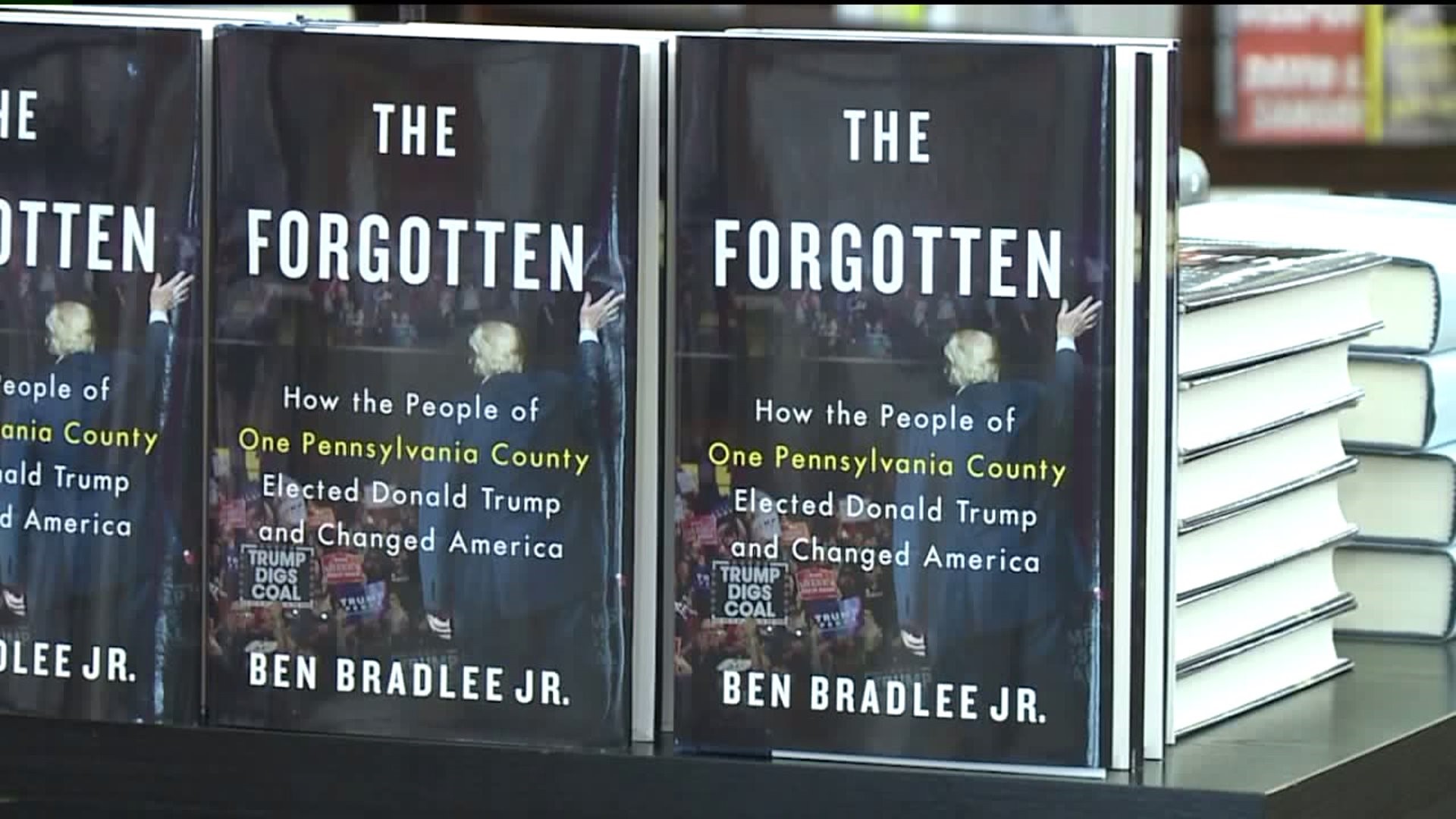 WILKES-BARRE, Pa. -- A well-known journalist wrote a book about voters in Luzerne County and the effect they had on the 2016 election. That book hit the stores Tuesday.

It features several people in Luzerne County who voted for President Donald Trump in 2016.

It's titled "The Forgotten: The People of One Pennsylvania County Elected Donald Trump and Changed America," by journalist Ben Bradlee Jr.

It is on the shelves in bookstores now. You'll find this book all about Luzerne County and the role it played in the 2016 election.

Donna Kowalczyk of Wilkes-Barre is featured in the book.

"I was worried about him being a liberal. I think he was pretty good with it. I think he gave us our fair shot at what we wanted to say," Kowalczyk said.

Bradlee interviewed several President Trump supporters from the county including Kowalczyk and the man who owns Fourth Street Pub in West Hazleton.

Kowalczyk says Bradlee came to Wilkes-Barre to speak with her about four times. She says she's also been interviewed by media outlets from around the world.

"It's pretty amazing. It really is. Then to be interviewed in Australia and France and see the things on TV, it's been something."

In the book, Bradlee examines why a predominately Democratic county flipped and voted for Trump in 2016.

Kowalczyk tells us she used to vote for Democratic candidates but changed her stance when she first noticed Donald Trump.

"What made me switch was in 2011. Trump was on Jay Leno, I believe, and he said if I was president, I would this, this, and this and it was like great ideas."

She was there when President Trump was at the Mohegan Sun Arena in August campaigning for Congressman Lou Barletta.

Bradlee will be at the store next Wednesday to sign books and answer questions.