Testimony in Trial of Man Accused of Setting Deadly Fire

WILKES-BARRE, Pa. — The trial of a man accused of setting a fire that killed three young boys continued Wednesday in Luzerne County. This is day two of Pr... 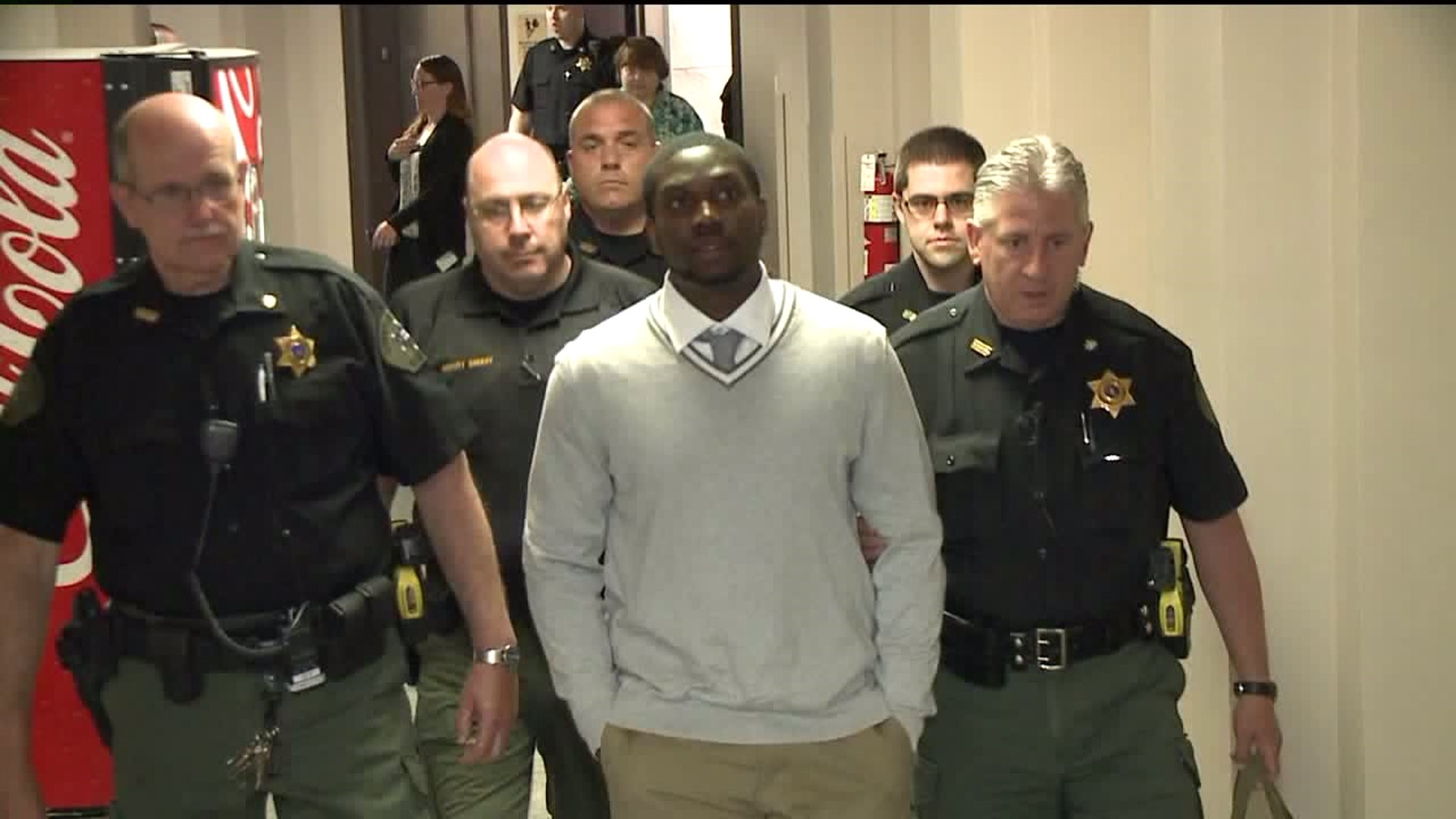 WILKES-BARRE, Pa. -- The trial of a man accused of setting a fire that killed three young boys continued Wednesday in Luzerne County.

This is day two of Preston Bonnett's arson and homicide trial.

After opening statements, the jury heard testimony from about 10 witnesses for the prosecution.

Bonnett's attorney is trying to prove that he did not set that deadly fire in 2017.

Bonnett, 28, is accused of starting a deadly fire at a home on Oakwood Drive in Laflin in October of 2017.

Three brothers Erik Dupree, 16, Devon Major, 12, and Ezekiel Major, 7, were all inside the home when the fire started. All three died.

That home belonged to the boys' mother Susan Major, who used to date Bonnett.

During opening statements, prosecutors said Bonnett started the fire after the boys' mother reported him to police for making fake credit cards.

Prosecutors called several witnesses including police, firefighters, and a neighbor who called 911 to testify about what they saw the night of the fire.

911 calls made by one of the victims were played in court. So was surveillance video taken outside of the house when the fire started.

Bonnett's defense attorney admitted during his opening statement that Bonnett was at the house in Laflin the night of the fire, but he said he'll prove that the fire was accidental and that Bonnett had no role in it.

The prosecution finished with its first set of witnesses and court wrapped up early.

The trial is expected to resume Thursday at 9 a.m.