Teenagers honored for rescuing a woman from her burning car

The teens were given the Heroic Bravery Award at a meeting in Lehman Township. 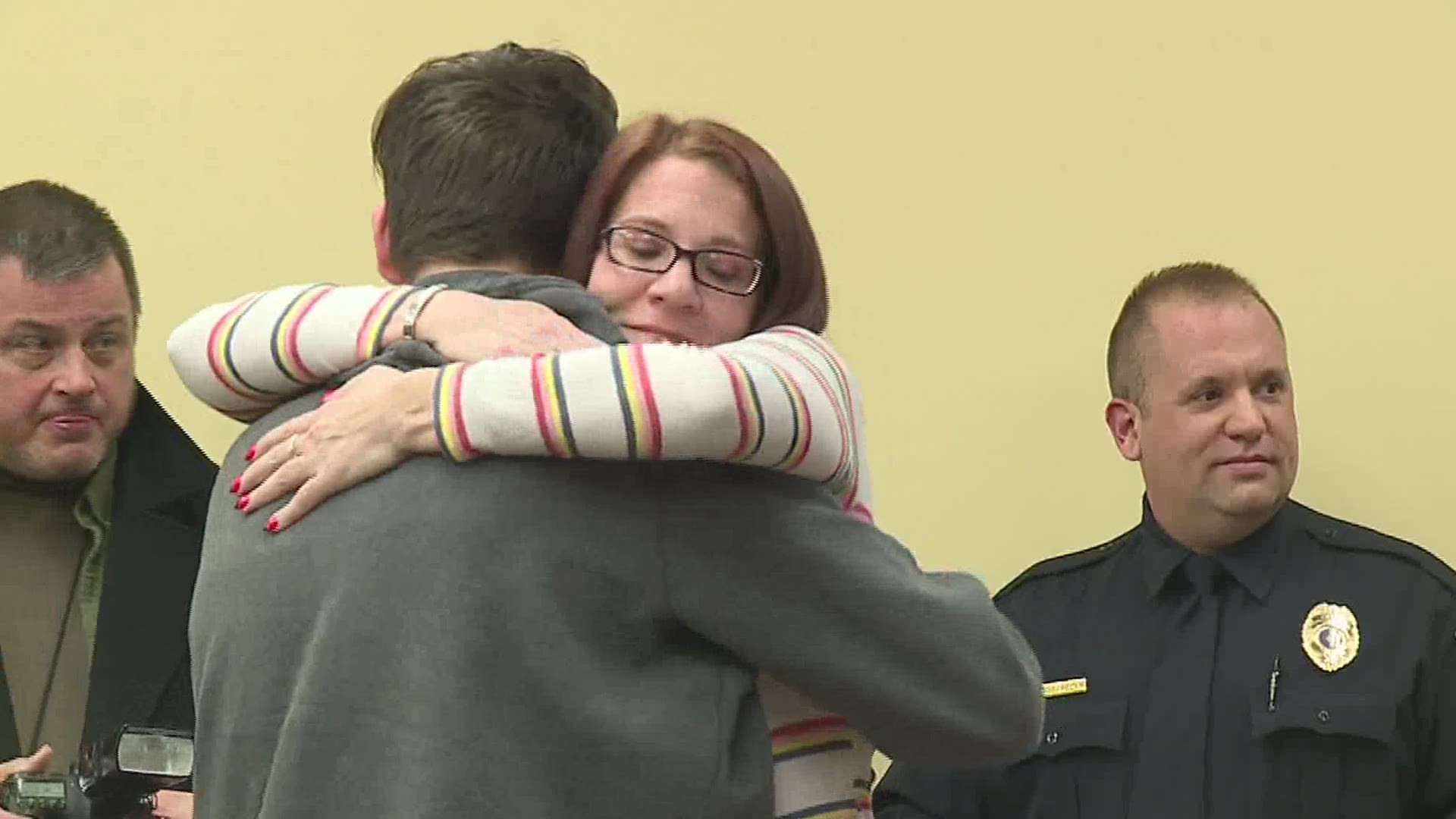 LEHMAN, Pa. — Jennifer Scott has been waiting to thank those who saved her life back in December.

The teens that saved her were given the Heroic Bravery Award at a supervisor's meeting in Lehman Township.

"I'm so thankful. I'm so grateful that I'm here, that I'm alive even though I shouldn't be," Pittston resident Scott said.

Scott crashed into a tree in Lehman Township on December 28, along Route 29, and her car rolled.

A group of ten people, including teenagers, pulled over when they saw her car was on fire; but Scott was trapped.

The door was caved in, and the teens, which included Kaitlyn Witter of Larksville, tried everything they could to get her out.

"After kicking and punching out the windows, nothing was working. So, I remembered there's a hatchet in the car. Let's go get the hatchet," Witter explained. "They ran over, grabbed the hatchet, and thank god that worked because we got her out in time."

"I jumped out, wrapped my arms around somebody's shoulders, he pulled me out, and no sooner did my feet hit the ground that the car just went 'whoosh' up in flames," Scott recalled.

"The car went up, and we all felt the heat from the flames, and we all actually dove behind our cars because we started hearing explosions and debris and everything flying," added Jacob Monko of Lehman Township.

Scott was able to thank the teens that saved her with awards at the meeting.

Dakota Ford of Larksville said it is very rare that people can help others as they did.

"It's only once in a while that you get to help somebody out like this," said Ford. "They actually go home to their family and have a Christmas, a Thanksgiving, a New Year, everything with their own family."