WILKES-BARRE— According to the United Way of Wyoming Valley, roughly 33 percent of children under the age of five in Luzerne County are living in poverty.... 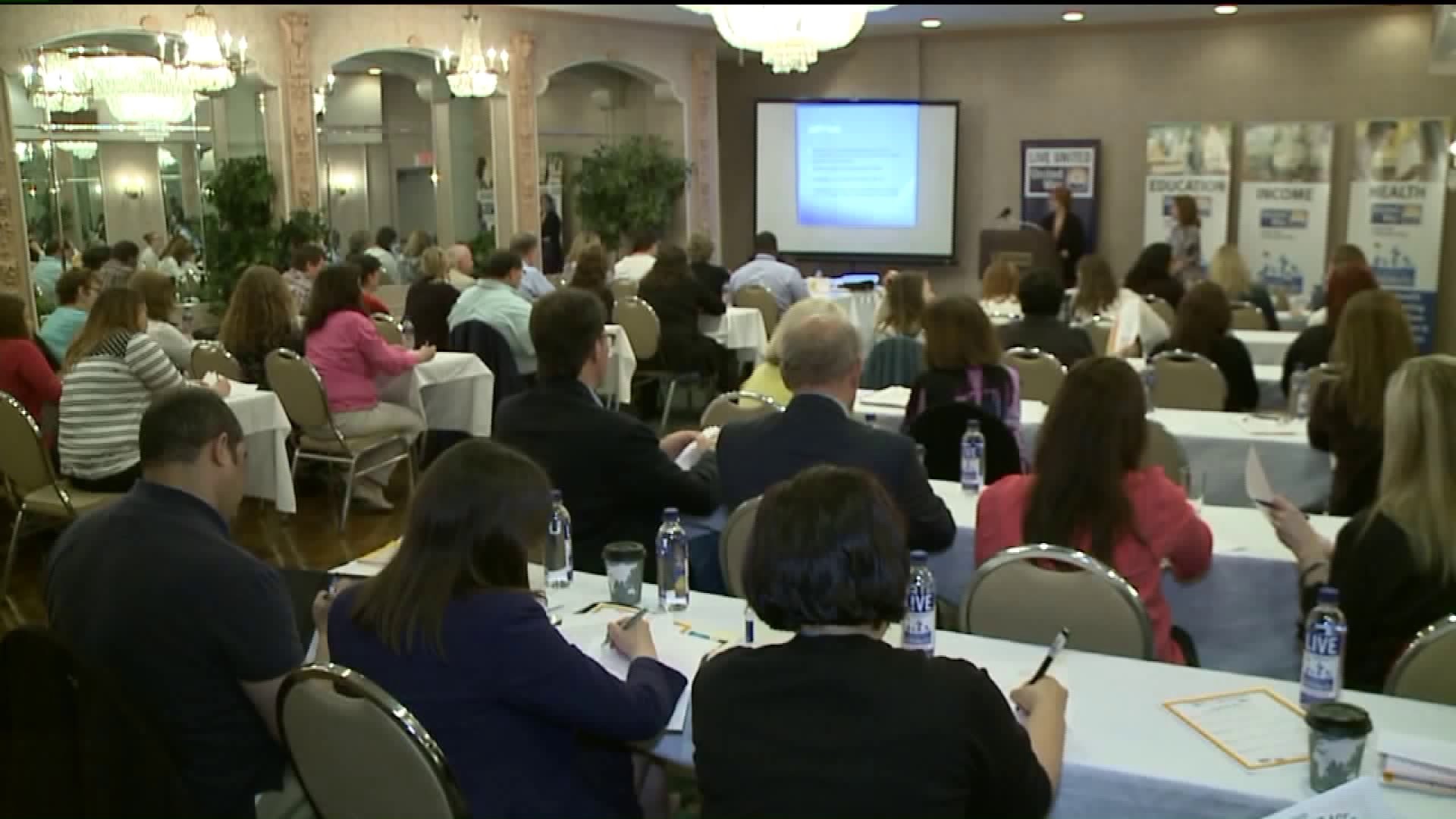 WILKES-BARRE--- According to the United Way of Wyoming Valley, roughly 33 percent of children under the age of five in Luzerne County are living in poverty.

Officials said those children are most at risk of having traumatic experiences early on in life.

Trauma is not always an injury. It can be anything from a parent being in jail, to divorce, and domestic violence.

Early learning educators said discovering these problems when kids first show up to school can be difficult.

"The children that we work with are very young and so it's many times the very first time they're out of their home," Lynn Evans Biga, executive director for Luzerne County Headstart, said.

Those with the United Way of Wyoming Valley taught teachers on Thursday how to get traumatized children out of their shells and more into the classroom.

"It's really about identifying that child may be more quiet in the classroom," Jennifer Deemer, of the United Way of Wyoming Valley, said.

Officials said early childhood trauma isn't just something that can keep kids from focusing in school, it can also be a weight that they carry for the rest of their lives.

The emotional and or physical trauma they experience even in their formative years can shorten their lifespan and cause other health issues.

"It affects their behavior. It can affect their health, how they relate to other people," said Janet Oesterling, a trainer for Lakeside Global Institute.

Well-meaning adults can do damage. Experts said asking questions over and over about any abuse can make the traumatic memory stick out in a young child's mind.

"Everybody swarms around them and says, 'what happened? How did you do this? What were you thinking?' So that the child is put on the defensive and they have to explain a lot," Oesterling said.

Experts said later in life, it's a good time to talk it out. So, at their workshop officials showed teachers how to ask the important questions without forcing children to relive their trauma.

"Children impacted by toxic stress and trauma will be able to tell the teachers what's going on inside their house and how that affects them in the school day," Deemer said.

The next trauma training will be in October.