Tanker overturns on roundabout ties up traffic to airport, interstate

A truck hauling gasoline crashed Friday morning, tying up traffic to the Wilkes-Barre/Scranton International Airport and to Interstate 81. 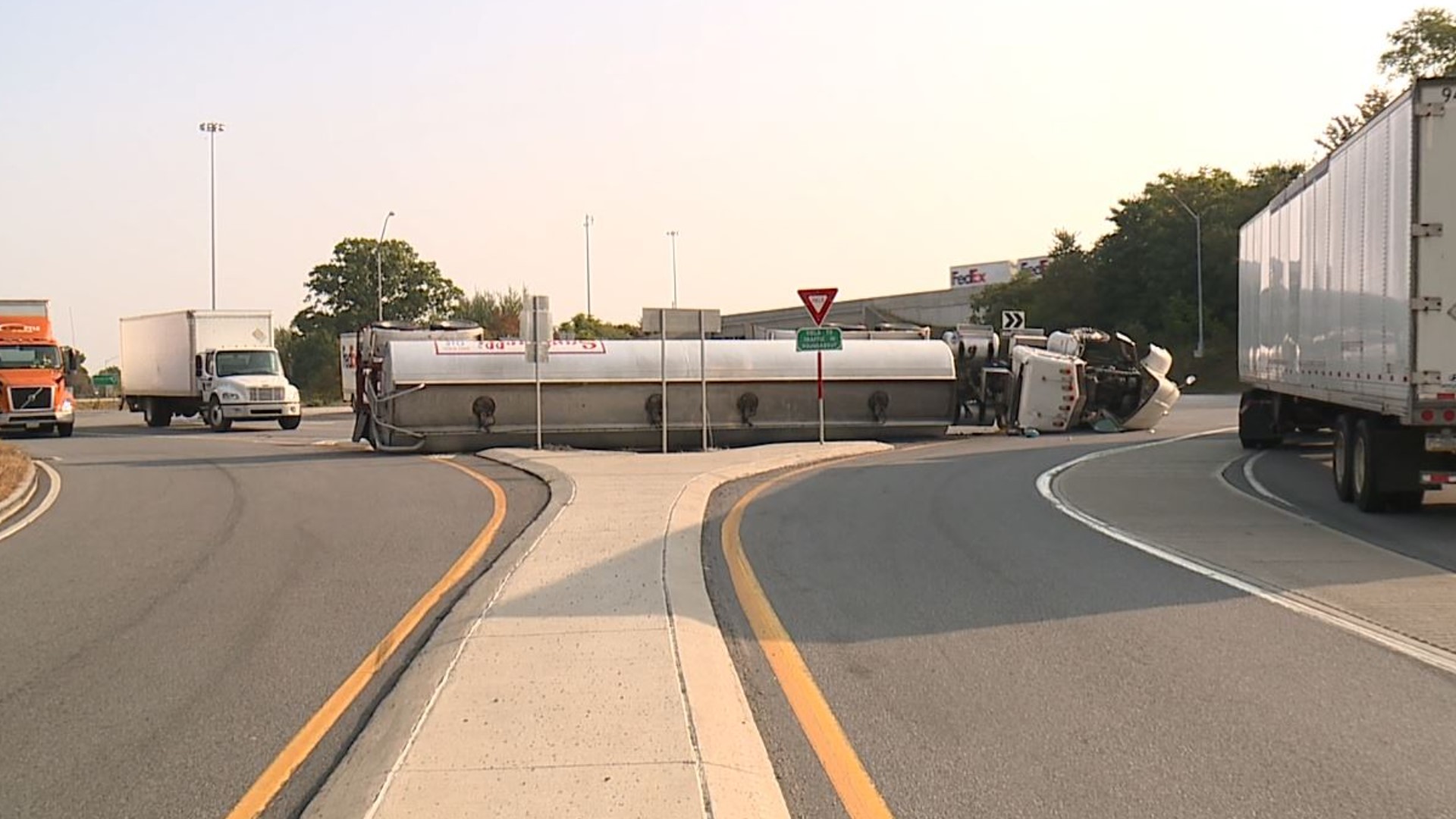 The tanker carrying about 8,000 gallons of fuel flipped over in the lower roundabout near the Wilkes-Barre/Scranton International Airport just after 9 a.m. Friday.

A Newswatch 16 photojournalist witnessed the tractor-trailer driver being pulled from the cab of the truck by a FedEx driver. The truck driver didn't appear to have any serious injuries.

Fuel was leaking from two small holes in the tank. The driver tells Newswatch 16 he was hauling diesel and gasoline. The fuel was pouring out of the holes and into a nearby storm drain.

"We contained the leak. We are preparing to pump the tank off and upright the tractor-trailer. We have multiple units involved. We're getting a company to come down and drill the tank with pumps to pump the gas and diesel fuel. Hose operations and water lines will be laid," explained Pittston Township Volunteer Fire Chief Allan Capovucca.

Hazmat crews are drilling holes into an overturned fuel tanker to empty what’s left in the tanks... while fire crews spray them with water to prevent sparks from igniting the gas. #LuzerneCounty #wnep @WNEP pic.twitter.com/sBQMaIzAcf

Hazmat crews arrived to drill holes into the side of the truck while fire crews doused them will foam to prevent the fuel inside the truck from igniting. The holes were drilled so the rest of the gas inside the tank could be pumped out.

DEP was also on scene monitoring the cleanup. Officials say that drain goes to a small retention area and not into any water system so there is no major threat to any water sources.

This section of Route 315 and the off-ramp at exit 178 for the Wilkes-Barre/Scranton Airport of interstate 81 south were closed for hours as crews worked to clear the scene. The truck was eventually upright and towed away clearing the roundabout after more than six hours.