WILKES-BARRE — After deadly terror attacks rocked Paris on Friday, Bob Heim wanted to do something to show his sympathy. On Sunday, he found it. He arrive... 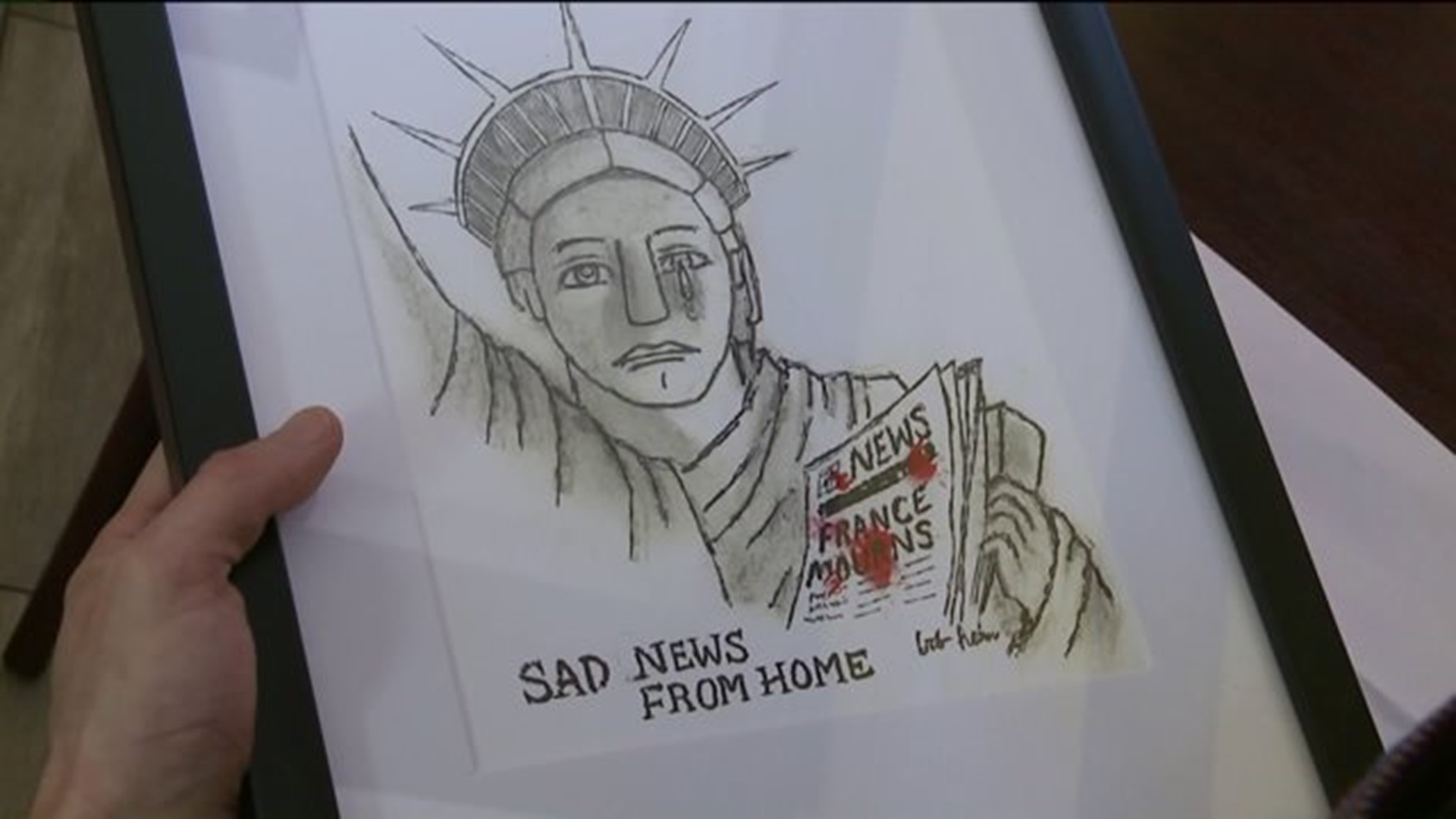 WILKES-BARRE -- After deadly terror attacks rocked Paris on Friday, Bob Heim wanted to do something to show his sympathy. On Sunday, he found it.

He arrived at Le Manhattan Bistro on South Main Street with a sketch he had drawn, showing the Statue of Liberty weeping.

The gift was deeply moving to Jean Baptiste, one of the restaurant's owners.

Baptiste said, "This kind of gesture shows, yes, the world is together."

After the attacks Baptiste learned, while his family was safe, two of his friends had been killed.

"We lost two friends, they've got family and everything and kids, and it's really sad."

Baptiste says on Saturday he felt angry, but now hopes the French people can respond by demonstrating unity. However, he fears the country is headed to war.

While running a restaurant may not be a political act, Baptiste says he now realizes it is a way to foster brotherhood, connecting the country where he was born with the place he now calls home.

He added, "We have to stand strong and go outside, and show our freedom and our way of life."