SWEET VALLEY — As a child, you may have made and worn friendship bracelets, but you probably never had as many as 7,000. Students at Ross Elementary Schoo... 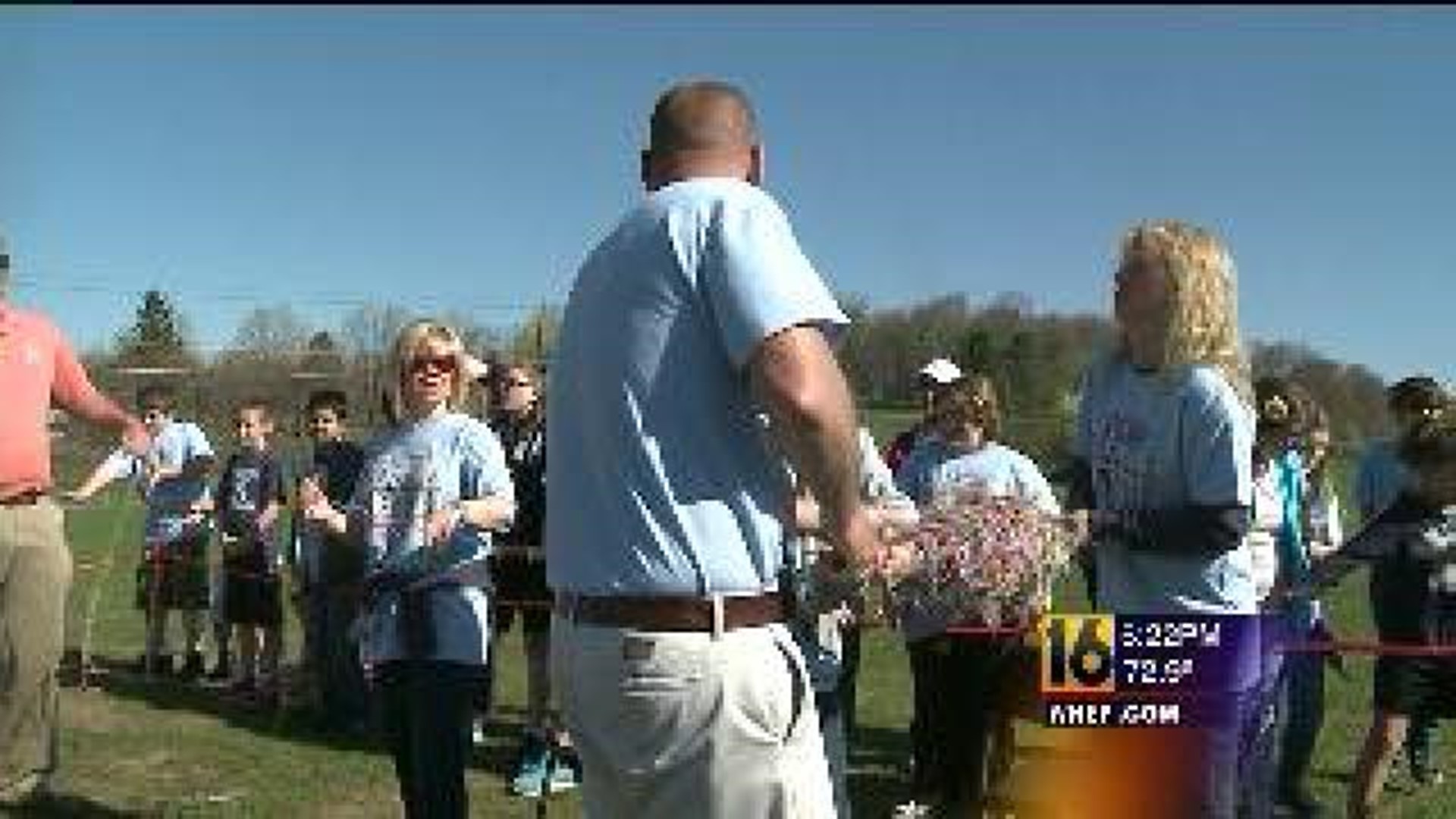 SWEET VALLEY -- As a child, you may have made and worn friendship bracelets, but you probably never had as many as 7,000.

Students at Ross Elementary School the Lake-Lehman School District in Luzerne County broke a world record for the most friendship bracelets.

A morning to dance and play outside is OK when you're world record holders. Thanks to a chain of bracelets, that's exactly what the 300 students are.

"At first, the goal is so far off, you don't know if you can do it, and with everyone working together, it was just very rewarding," said Ross Elementary Principal Donald James.

"The twisty bracelets, and the Chinese staircases and a knot tied one," said fifth grader Jaedyn Colb.

Ross Elementary School Principal Donald James had the idea over the summer.  The goal: for elementary students to assemble the most friendship bracelets in a chain.

A few weeks ago, a group in India broke the record with more than 4,000 bracelets.

The students from Sweet Valley made about 7,400 bracelets. They still need official word from Guinness but it seems they have a new world record.

As staff members continue to count up just how many bracelets were made, the principal says it's not about a number, but about the kids accomplishing a goal and learning something together.

Students do an anti-bullying pledge right after the pledge of allegiance, so we just thought 'let's tie friendship in with anti-bullying.'"

"There's no bullying in friendship."

"Without friends, life would be boring."

For these record holders, life most certainly is not boring.