WEST HAZLETON, Pa. — Five families lost everything in a fire in Luzerne County Saturday night, and investigators believe it could be arson. A state police... 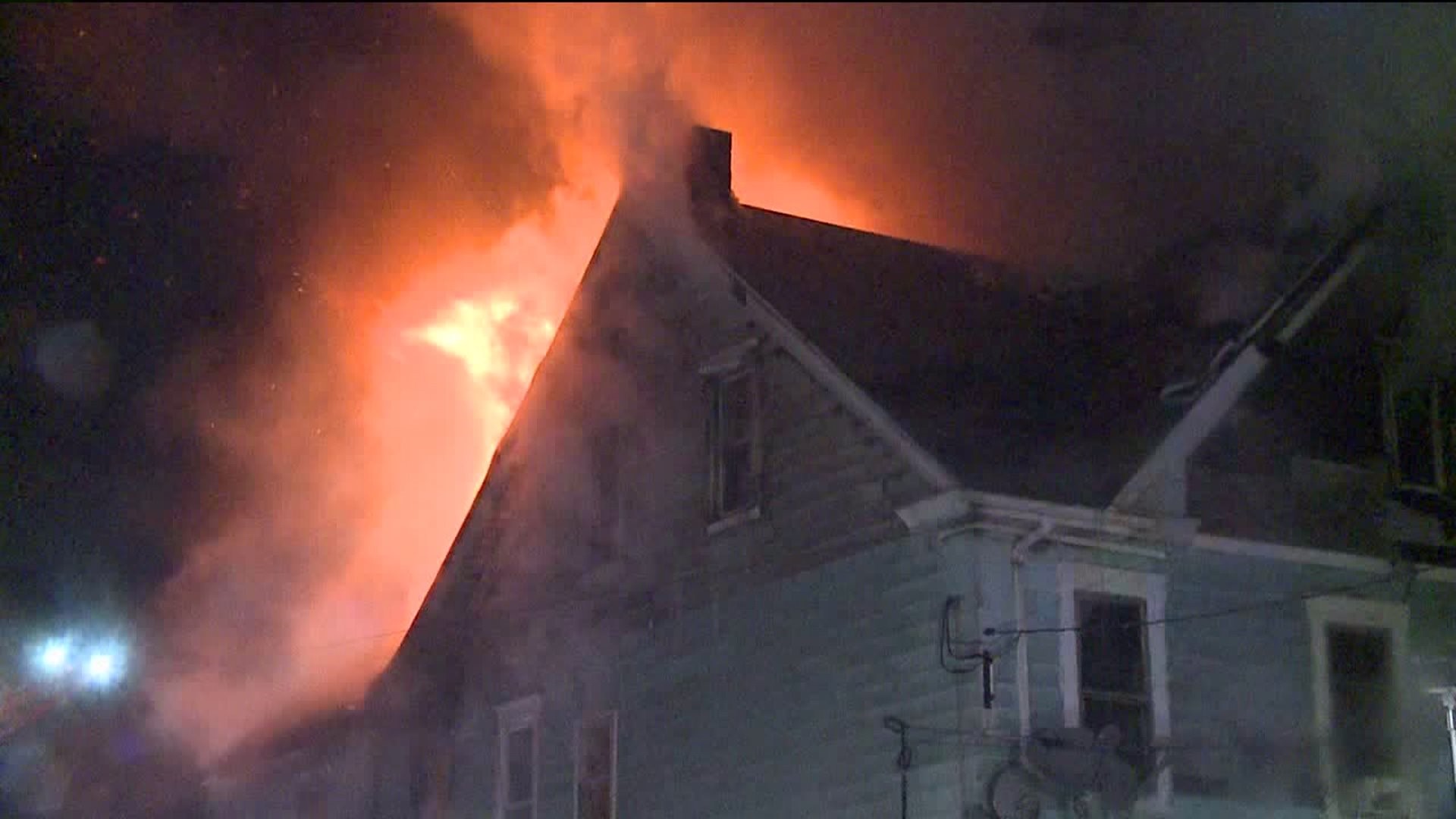 WEST HAZLETON, Pa. -- Five families lost everything in a fire in Luzerne County Saturday night, and investigators believe it could be arson.

A state police fire marshal was back at that apartment building on East Green Street in West Hazleton Sunday going over evidence and taking pictures, trying to find what caused the fire that left 11 people homeless and a firefighter with second-degree burns.

Huge flames ended up collapsing the roof, breaking windows, and covering the streets with debris. There's not much left of the building.

"It's sad to see this house burnt down the way it is. And for whoever did it, it's very sad because families, children, it's a home where people live, you know?" said neighbor Maria Cardoza.

Flames ripped through the building for hours Saturday night until firefighters finally got the upper hand and put it out.

"A lot of flames coming out through the windows, everywhere, the roof. The firemen were trying their best. They did their best they sure did," Cardoza said.

A state police fire marshal said at this point, the fire appears to be suspicious but would not say exactly why.

"We want to get to the bottom of what happened here because obviously, it affected a lot of people. A lot of people lost pretty much everything they own. None of the occupants had renter's insurance, and that's really sad," said West Hazleton Fire Chief Richard Sparks.

It's not just the tenants dealing with the aftermath of this fire. One firefighter suffered second-degree burns but is reported to be OK.

The fire chief tells Newswatch 16 the building presented a big challenge for the firefighters because of its construction.

"False ceilings which we found inside and so forth that just makes it conducive to rapid spread of fire," Sparks explained.

Given how quickly the fire spread, family members of the victims are grateful everyone made it out alive.

"My family lost everything and just fortunate and blessed that they're alive," said Barbara Camacho, a relative of the fire victims.

The chief says the fire marshal collected the evidence to be sent for tests as the next step in the investigation.

Because of safety concerns for the neighborhood, the building will be demolished as soon as possible.

A GoFundMe page has been set up to help the fire victims.