Harold Haulman pleaded guilty on Wednesday to killing two women and has been sentenced to life in prison. 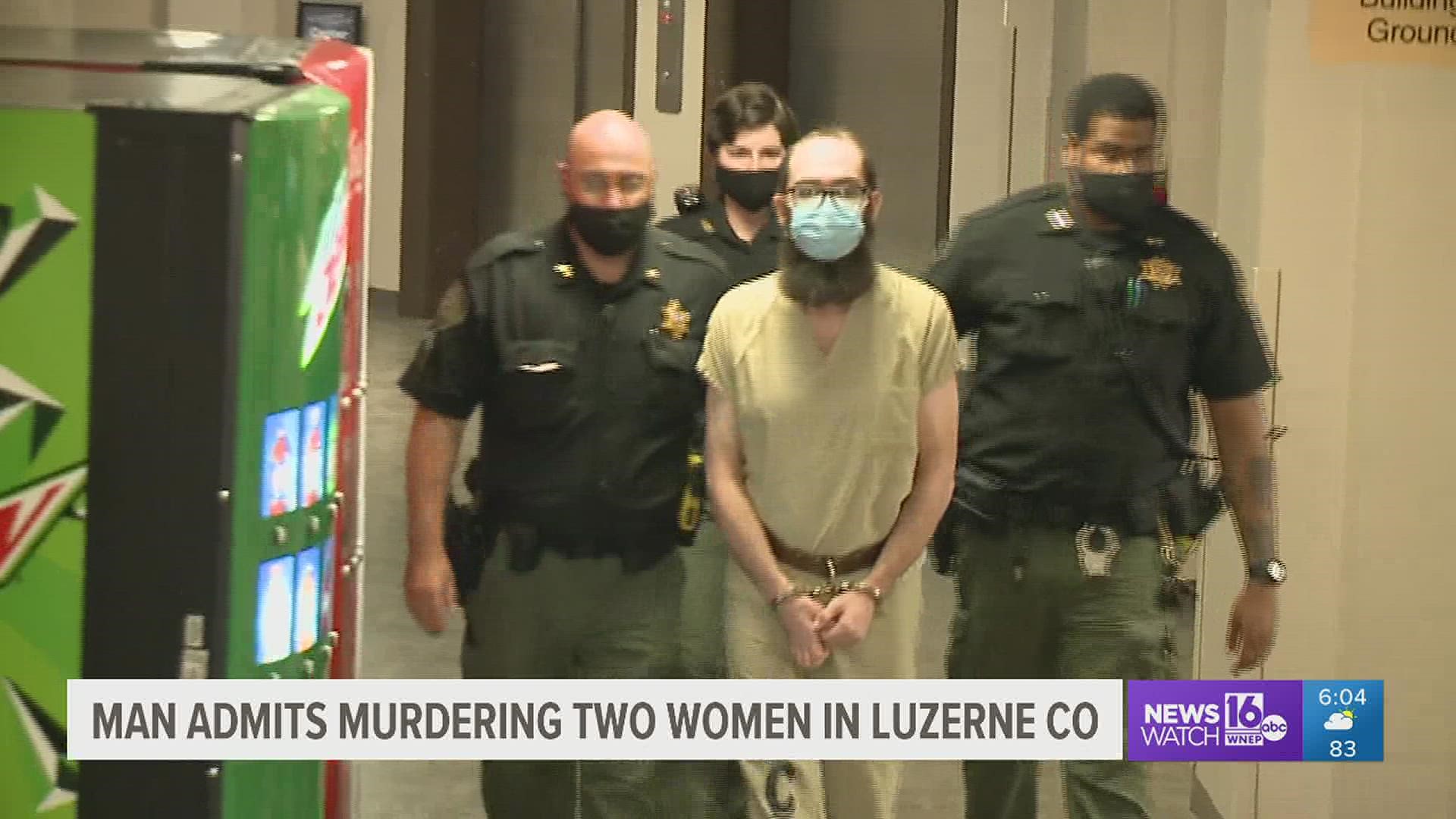 WILKES-BARRE, Pa. — A man charged with murdering women all over the country pleaded guilty to two murders he committed in Luzerne County.

Harold Haulman pleaded guilty on Wednesday to kidnapping 26-year-old Erica Shultz in Bloomsburg in December of 2020 and taking her to a wooded area off of Hobbie Road in Butler Township, where he beat and stabbed her to death.

He also pleaded guilty to doing the same thing to 25-year-old Tianna Phillips of McClure, Snyder County, in the summer of 2018.

Family members of both victims spoke in court. It was very emotional as more than two dozen people showed up for this hearing. Statements were read filled with tears and disgust for what he did and what he put these families through.