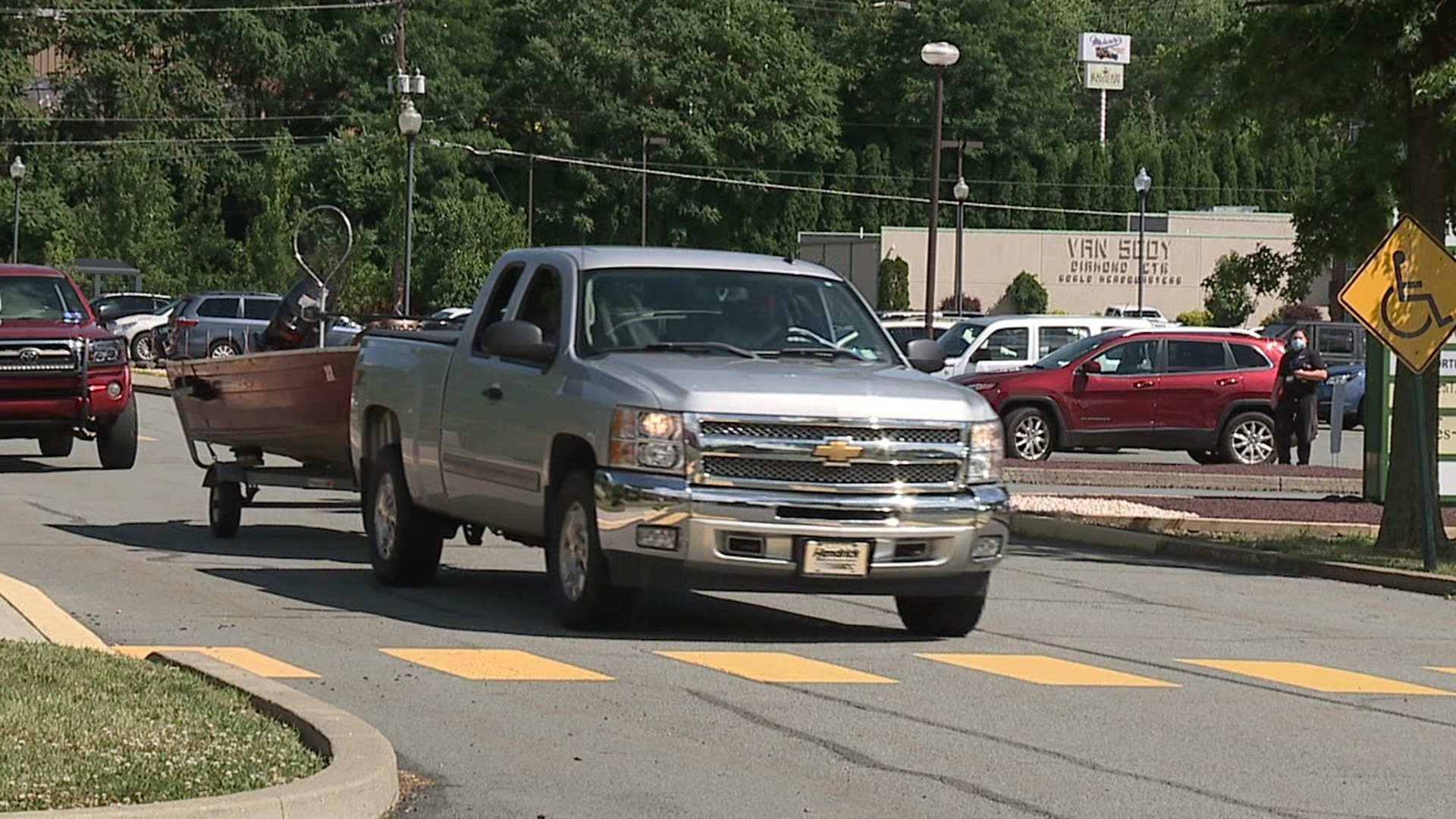 WILKES-BARRE, Pa. — A local fishing group and fire company joined forces to show a fire chief that they are all rooting for him.

Fire Chief Frank Slymock is recovering from a stroke at Heinz Rehab Hospital.

Visitors aren't allowed, so members of the Suskie Bass Masters and the Edwardsville Fire Company paraded by the facility to surprise their friend.

They said it's their way to show they support him and can't wait to see him again.

"The guys asked me last week when I was down there if they think they could come up and I said yeah I could give them a hand and see what I could do, and they came up to surprise him and make him feel better, said Ann Marie Slymock, sister of Frank.

The chief's dog also made a special appearance at the parade.