Students Voice Concern ahead of State of the Union

WILKES-BARRE, Pa. — After a delay, President Trump will give his State of the Union address Tuesday night. Speaker of the House Nancy Pelosi revoked the p... 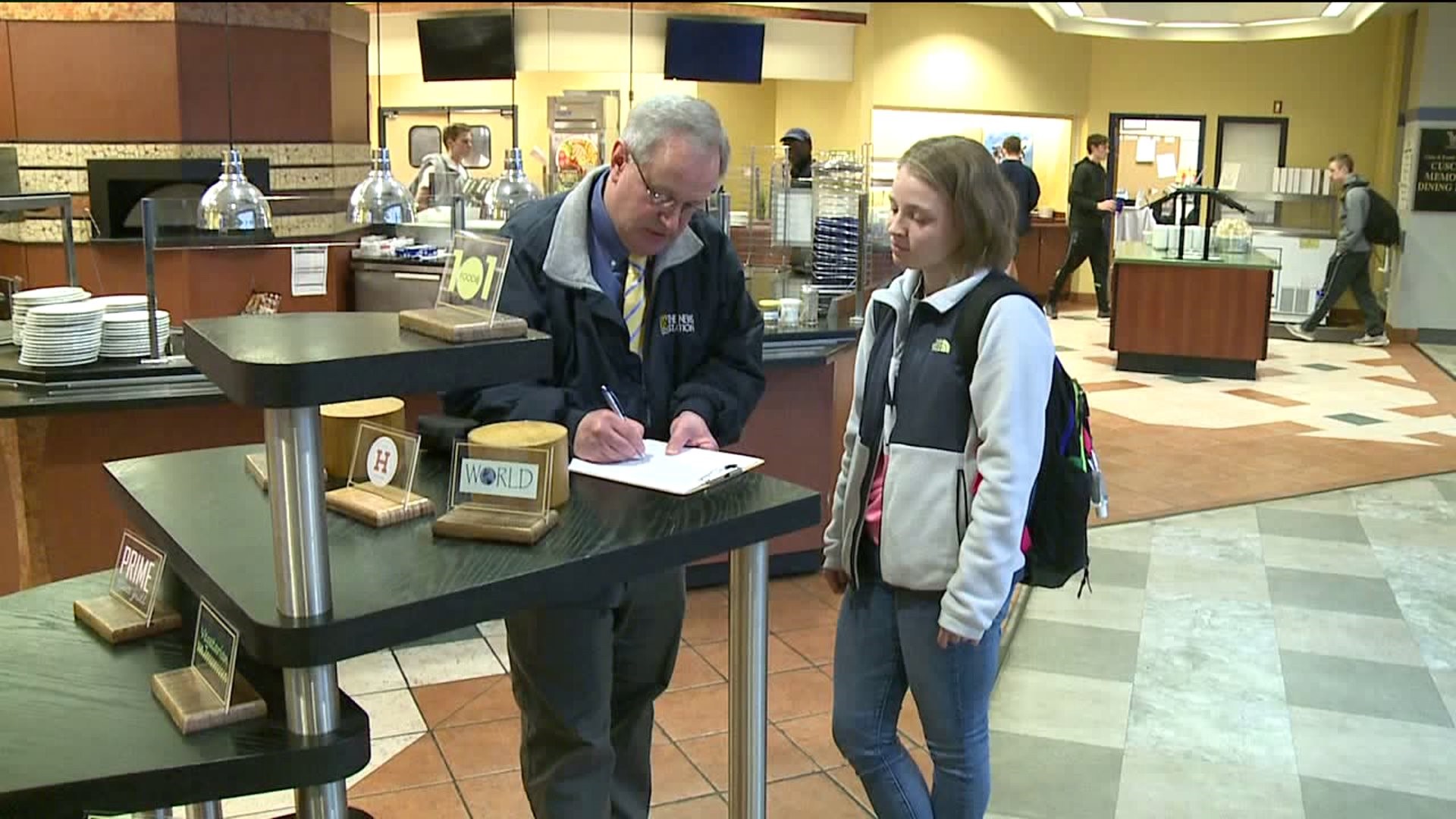 WILKES-BARRE, Pa. -- After a delay, President Trump will give his State of the Union address Tuesday night.

Speaker of the House Nancy Pelosi revoked the president's invitation to give the speech during the government shutdown. The deadline for another potential shutdown is looming.

A key component of the president's speech is expected to be immigration and border security.

So, what do young people want to hear out of the president during the State of the Union address?

We met Cartier Etheridge Tuesday morning. The Luzerne County Community College nursing student was at the Intermodal Transportation Center on South Washington Street in Wilkes-Barre, waiting for a bus to the Nanticoke campus.

Etheridge feels reform would help the country much more than a wall.

Over at King's College, medical student Chris Surina is also not a fan of the wall concept.

"I want him to support Congress and not build a border wall, don't want to waste $5.7 billion on building something that wouldn't be helpful to the American democracy," said Surina.

President Trump carried Luzerne County in 2016, but colleges and universities here draw in people from around the country and it's clear President Trump has some fence-mending to do.

"I think the economy needs a little work and it doesn't seem too stable," Yakhnis said.

She hopes the economy is stable enough so she can land a job as soon as she graduates.

Watch President Trump's State of the Union address Tuesday night at 9 p.m. on WNEP-TV and wnep.com