PRINGLE, Pa. — Students at a technical school in Luzerne County got to see how their engineering skills line up with jobs in the Army. Students at West Si... 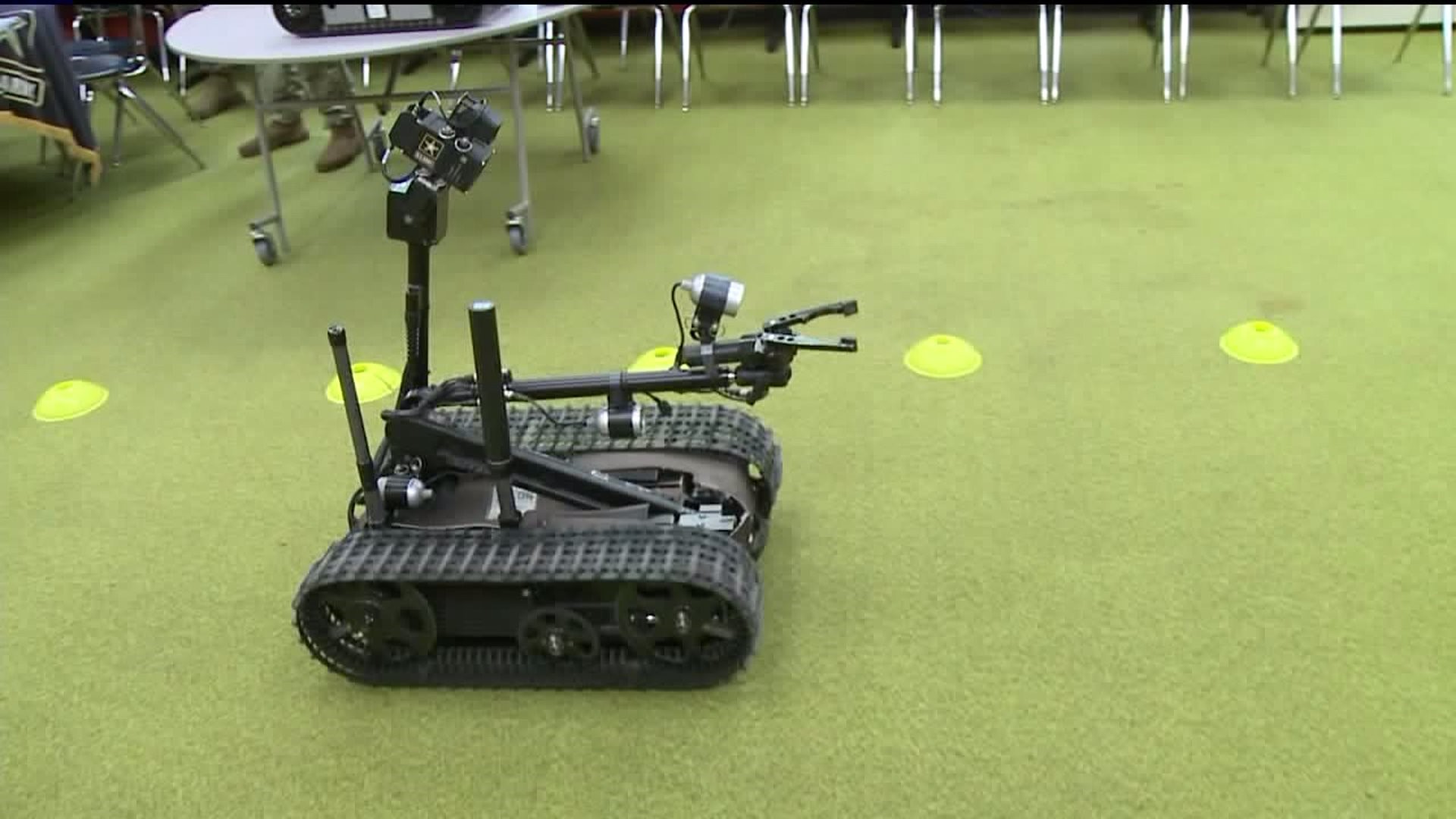 PRINGLE, Pa. -- Students at a technical school in Luzerne County got to see how their engineering skills line up with jobs in the Army.

Students at West Side Career and Technology Center in Pringle crowded around a doorway to get a look inside after a robot was brought in by an Army recruiter.

It is usually used to defuse bombs, but on Tuesday, it was assigned the much simpler task of grabbing a water bottle.

Senior Jordan Shoumaker of Plymouth was behind the controls. He has already enlisted in the Army.

“I wanted to be a track mechanic because I like fixing things, and it's a really big honor being in the military, especially with all that's going on right now,” Shoumaker said.

Army recruiter Sgt. Jon Bowman said this event was put together to show students what they learn in the classroom can translate to jobs in the armed forces.

“There are a lot of different vocational fields such as electrical, nursing, mechanics that we have the similar jobs in the Army that will benefit when they enlist,” Bowman said.

“I'm in the electrical shop and with these robots and stuff you have to build them with electricity so I was thinking if I could get into doing that with the Army that would be pretty cool,” Cragle said.

“A lot of students aren't aware of the jobs that we have and the career fields that we have, so I think bringing in the robot and bringing in our national asset trailer definitely opens up their eyes to what we have in the Army,” Bowman said.

A handful of seniors there who are enlisted in the Army said they are looking forward to starting their careers in the military this summer.