WILKES-BARRE, Pa. — Hollywood stars, CEOs, and fashion designers are accused of paying millions to get their kids into prestigious colleges across the cou... 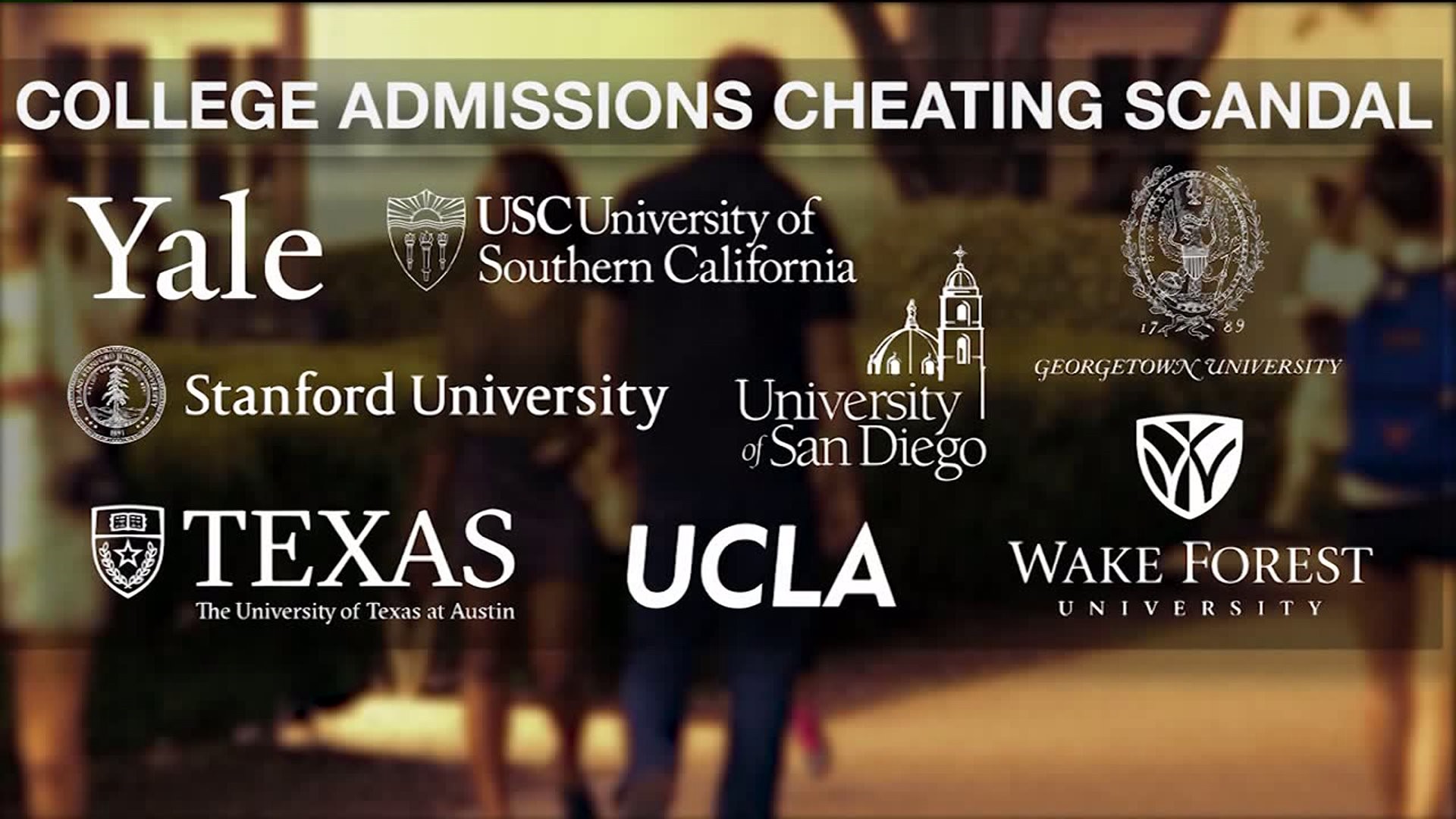 WILKES-BARRE, Pa. -- Hollywood stars, CEOs, and fashion designers are accused of paying millions to get their kids into prestigious colleges across the country.

A massive FBI investigation is just coming to light, and now, the justice department is charging 50 people, including actresses Lori Loughlin and Felicity Huffman.

Authorities say in some cases, parents allegedly paid for third parties to take ACT and SAT exams on behalf of their children. In others, college coaches were paid to help students gain admission as recruited athletes, regardless of their athletic ability.

Students at Wilkes University are disgusted by the news.

"I mean, I had to get in by myself by my own academic abilities, so I didn't have the chance to get into an Ivy League or whatever like that," said Alyssa Kresge, a Wilkes University freshman.

"There are a ton of kids that are putting in the work day in and day out, and to get treated unfairly like that, it's really something else," said Michael Gurska, another freshman.

Tom Thomas, Dean of University College, has spent his entire career working to level the playing field. He runs the Act 101 program at Wilkes which helps students who didn't even think college was an option.

"Often times they're first-generation college students, so there's not someone in the family who can pull strings, help them," Thomas said.

Through the Act 101 program, Wilkes University helps 35 freshman-year students from Pennsylvania make the transition into college.

"They get assistance with all kinds of issues that may come up, including how to complete financial aid forms, how to talk to professors," Thomas explained.

Thomas says this bribery scheme underlines how important people think it is to go to a college with name brand recognition.

"It's, of course, distressing that there's that much pressure in society to feel that they have to go to a particular school mostly because of the name of the school."

While no colleges in Pennsylvania were named in this investigation, Thomas says he hopes this acts as a wake-up call for all universities to look closer at every student during the admissions process.