HAZLETON, Pa. — Students headed to class in the Hazleton Area School District on Monday following the arrest of a man over the weekend for threatening to ... 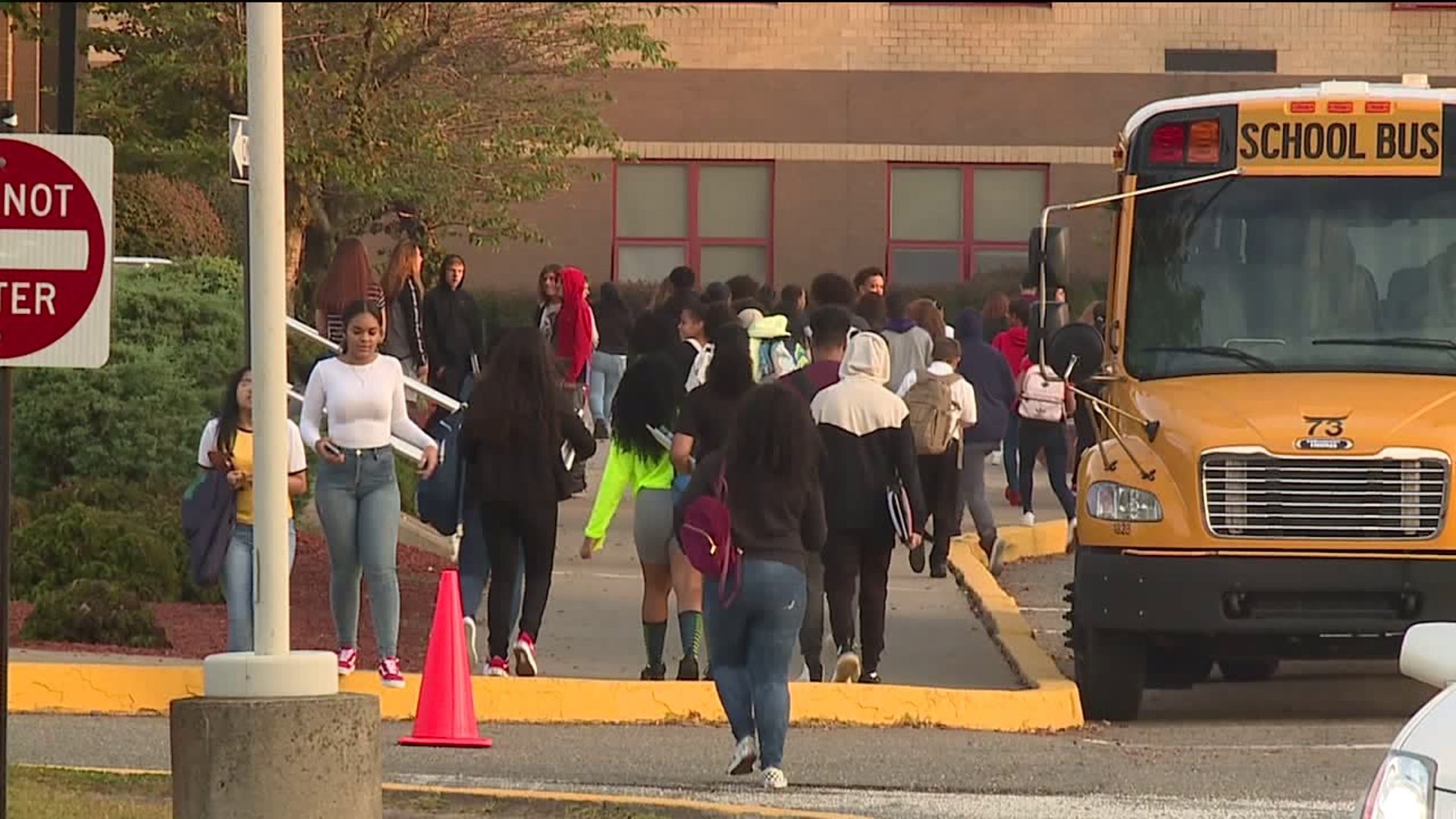 HAZLETON, Pa. -- Students headed to class in the Hazleton Area School District on Monday following the arrest of a man over the weekend for threatening to pipe bomb and shoot up a couple of the district's buildings.

The arrest was the topic of the day as students headed to class at Hazleton Area High School.

Police say Christian Diehl, 28, of Hazleton, threatened violence at the high school and a few miles away at Arthur Street Elementary.

"It was kind of messed up. It's not right," said eighth grader Kendra Hepsher.

"It's kind of messed up because you're supposed to feel safe in school, not feel threatened in school," said senior Devin Herling.

Herling, like other students we spoke with, considered staying home on Monday but changed his mind because Diehl is locked up.

"I feel like I'm kind of safe right now because the cops were taking care of it," senior Tatiana Campbell said.

Hazleton Area Superintendent Brian Uplinger knows some students felt a little uneasy about coming to school, but he says they've been through this before and will take the steps necessary to make students feel safe.

Local and state police kept an eye on schools. Inside and outside, things were as usual: police officers and metal detectors.

"Nothing different, business as usual. Everything on time, opening on time, moving things forward, on schedule." Uplinger said.

Senior Marissa Clatch says coming to school under the threat of violence is the new normal.

"It's sad to say that you're almost used to coming to school with that little sense of fear," said Clatch.

Even though there is that little sense of fear, the superintendent says attendance appears to be normal.