Street Flooding, Trees Down from Storms

LUZERNE COUNTY, Pa. — Line after line of nasty weather moved through the area again Wednesday. Among the spots hit this time was the Wyoming Valley. A car... 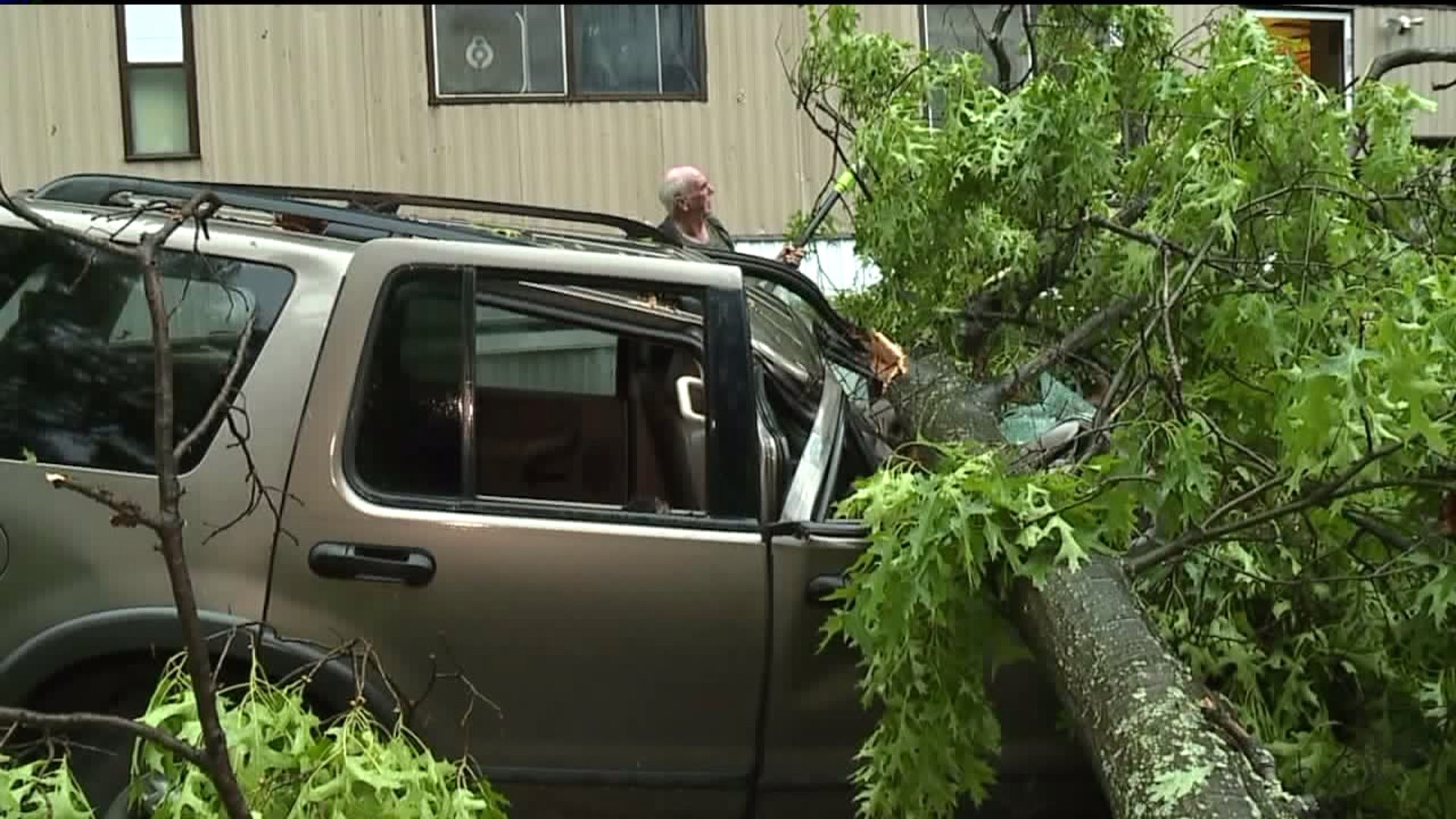 Among the spots hit this time was the Wyoming Valley. A car was stuck in flood waters in Wilkes-Barre and another car was pinned down by a tree in Exeter.

STORM DAMAGE: A tree came tumbling down onto a car in Exeter. The leaves just brushed the outside of this trailer. A father and his daughter were inside at the time. The father says a bolt of lightening hit the tree and it crashed down. @WNEP @WNEPWeather pic.twitter.com/9xBxcxmbzb

The storm brought a 150-foot tree in Exeter to the ground. It crushed William Seabridge's car. The tree just missed hitting his trailer by a couple of inches. He watched from inside with his daughter.

"Then I turned around and heard a louder snap. I look back out the large picture windows in the living room and this thing came straight at my head and landed on my truck, cut my truck right in half," he said.

The storm in Exeter only lasted  a couple of minutes. Seabridge says a bolt of lightning hit the tree and it came tumbling down.

"I'm feeling lousy. I just bought this truck a month ago. It was the first time I bought myself something new," he said.

"The truck is totaled. There's no front end. There's no nothing. Ten minutes earlier it would have been his life," said Patricia Seabridge, his daughter.

The tree blocked the road, so William and his neighbors cleared the debris.

"I don't think I could've found a stronger community. Friends, family, it's good to have. It's definitely good to have," Patricia said.

Meanwhile in Wilkes-Barre, a car was stuck in flood waters on Blackman Street. A tow truck came to rescue the driver.

Police blocked off the road from 5 p.m. to 7 p.m. until Department of Public Works employees were able to drain the rain.

Our Stormtracker 16 team of meteorologists is prepared for what could be another round of severe weather here in the Wyoming Valley on Thursday.