Still Time to Get Flu Shot

WILKES-BARRE — We are not even at the peak of flu season, and already, the Pennsylvania Department of Health reports there have been hundreds of cases of ... 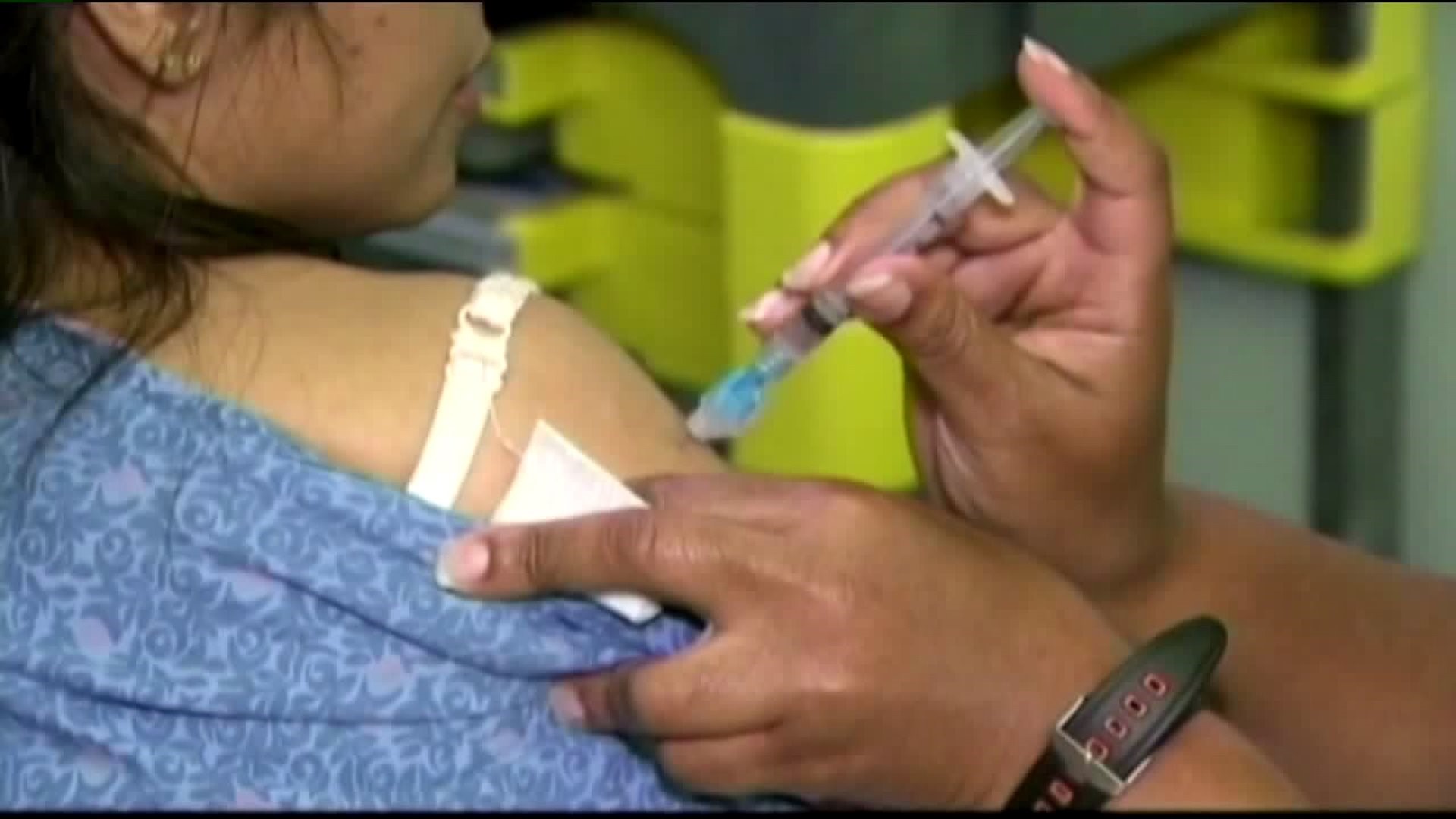 WILKES-BARRE -- We are not even at the peak of flu season, and already, the Pennsylvania Department of Health reports there have been hundreds of cases of people suffering from the virus in this part of Pennsylvania.

The state reports there have already been more than 300 cases of people suffering from the flu in Luzerne County. Doctors want people to get the flu shot to prevent the flu from spreading even more.

Trevor Dennison bundled up as he walked through Public Square in Wilkes-Barre. He says he's been under the weather but plans to get his flu shot as soon as possible.

Washing your hands frequently can help in avoiding the flu virus. If you feel sick, stay home to avoid spreading the virus.

It's not yet the peak of flu season, so health officials recommend getting your shot because it's never too late.

At Wilkes-Barre General Hospital on River Street, doctors say they've seen their share of people coming in with the flu.

According to the Department of Health website, Luzerne County has already seen more than 300 flu cases.

Dr. Abhi Freyer says this year's flu strain can spread quickly and cause severe symptoms. Even though the flu poses the greatest threat to seniors and children, Dr. Freyer says it's important for everyone to get the shot.

"I think it's important for people to understand that when they get vaccinated, they just don't help themselves from the flu, but in doing so, they also protect the spread of the virus to other people," Dr. Freyer said.

Still, to get the flu shot or not will always be a question with all sorts of answers.

"I have never been one to take the flu shot," said Maceo Hardy of Hanover Township. "I have done more things from a holistic approach (but) still getting sick, so something told me I better get that shot."

"You can catch the flu from anything," said Harold Murray of Wilkes-Barre. "I chose not to get a flu shot. I use over the counter medicines."

With more than 10 weeks left in this year's flu season, health officials urge everyone to get the flu shot and practice good hygiene.