There are exceptions for athletes who have health conditions or if the mask would cause too many problems for a sport, such as swimming for example. 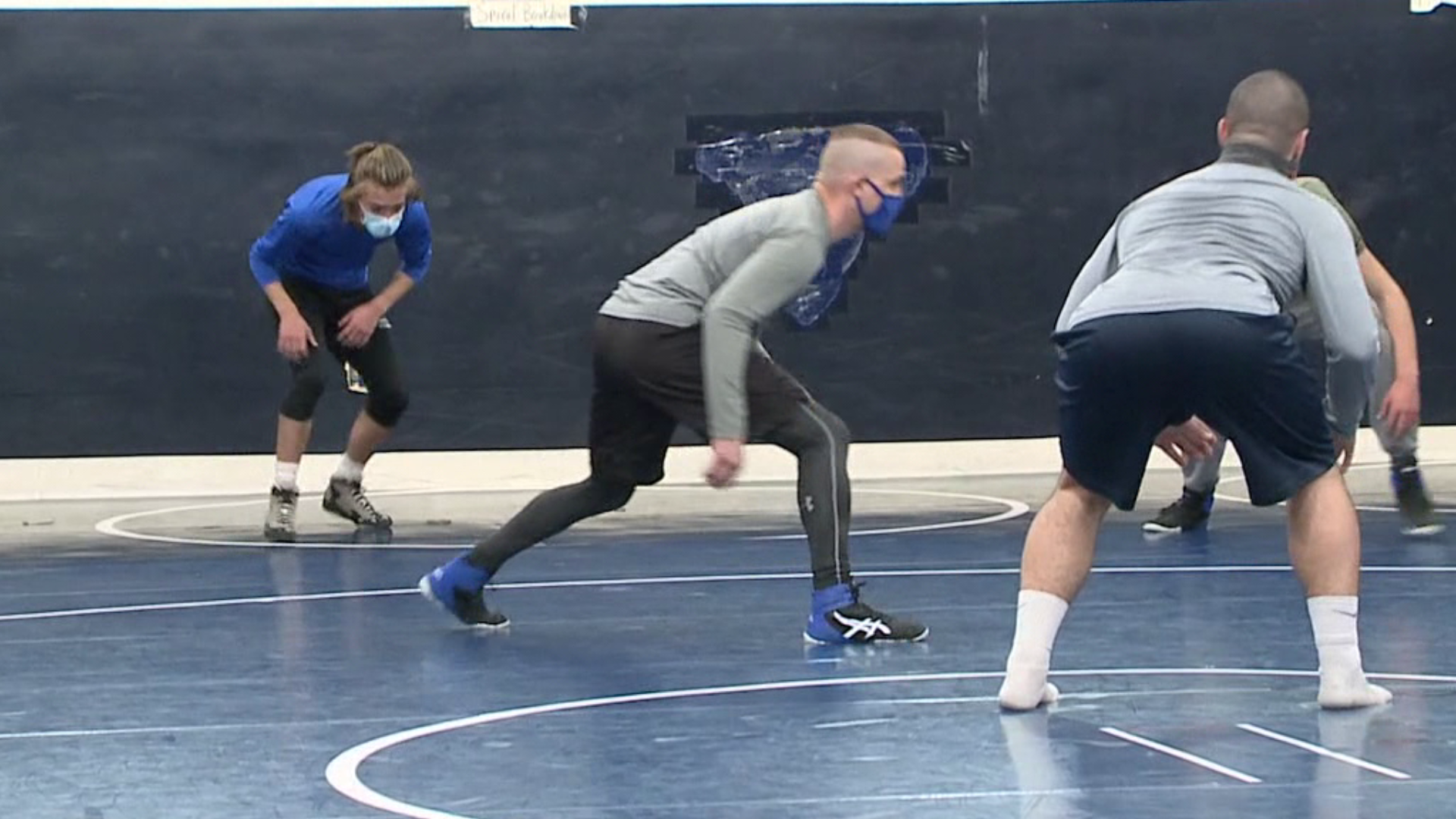 LUZERNE COUNTY, Pa. — This weekend athletes in fall sports, such as football, soccer, field hockey, and volleyball are competing in the state playoffs.

At the same time, the winter season officially began on Friday as schools are allowed to hold practices for their basketball and wrestling teams.

All of this comes as Pennsylvania's Department of Health strongly encourages athletes wear masks at all times.

Hanover Area High School wrestlers wasted no time on Friday evening getting to work to prepare for the upcoming season.

They are already doing special training to make sure they're ready to compete while wearing masks.

It wasn't what they're used to, but Hanover Area wrestlers made due wearing masks while they got in some cardio.

"I'm honestly happy there is a season as of right now. I'm just working harder every day to make sure I'm ready for the upcoming season," Senior wrestler Cael Davis said.

The state's health department recommended athletes wear masks whether they are practicing or competing.

There are exceptions for athletes who have health conditions or if the mask would cause too many problems for a sport, such as swimming for example.

Wrestlers at Hanover Area will be practicing special breathing training.

Mats will be mopped before and after practices and athletes will be given body wipes, too.

Wrestlers will be put into two separate groups for practices and they will stay in those groups for the rest of the season.

"We kind of split it up so that there's more area between the groups of kids that are practicing. So, while some kids are wrestling, the other kids will be running and lifting and vice versa," Coach Griffith said.

Classes at Hanover Area have been virtual since early October.

Athletic Director Michael McCree said getting the chance to compete goes beyond exercise.

"I'm noticing a lot of mental health and depression issues with the kids. So, it does have its benefits that we are doing sports. Hopefully, people see that," McCree said.

Coach Griffith said when students walk out of the building they must keep their masks on and social distance so they can have a season.

The Hawkeyes first meet is scheduled for December 12th.