WILKES-BARRE, Pa. — Democratic incumbent Eddie Day Pashinski has defeated Republican challenger Sue Henry in the race for the 121st District in the Pennsy... 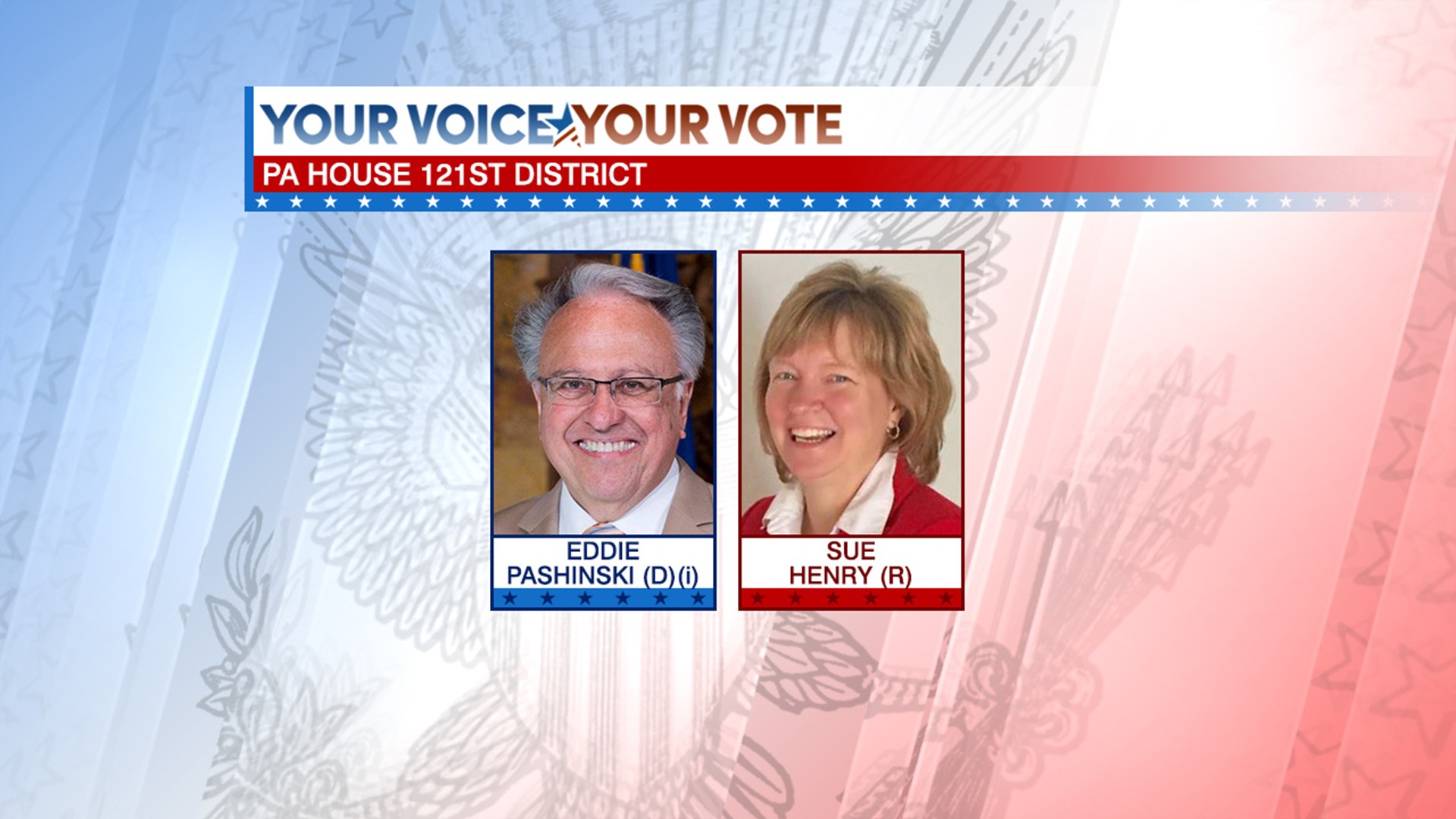 WILKES-BARRE, Pa. -- Democratic incumbent Eddie Day Pashinski has defeated Republican challenger Sue Henry in the race for the 121st District in the Pennsylvania House of Representatives.

The 121st District is in Luzerne County and includes all of Wilkes-Barre.

Pashinski was born in Luzerne County and lives in Wilkes-Barre. He was first elected to the Pennsylvania House in 2006 following the retirement of Kevin Blaum. He was reelected in 2008, 2010, 2012, and easily defeated Libertarian challenger Betsy Summers in the general election in both 2014 and 2016. There was no Republican nominee either time.

The Republican primary winner, Gregory Wolovich, stepped down just weeks after the primary, so former radio personality Sue Henry could enter the race as the GOP nominee.

Henry hosted the 9 a.m. to noon talk radio show on WILK from 2002 until she and station management couldn’t hammer out a new contract this past spring. Henry announced she would run for state representative just two weeks after she left WILK.

After declaring victory, Pashinski said he's ready to get back to work.

"I am going to continue to work hard on the grandparents raising grandchildren. I was very fortunate we got two bills that help them tremendously, but there is still more to be done," Pashinski said.