UPDATE: No charges being filed against person who wrote hateful messages to State Rep.

State Representative Aaron Kaufer, who is Jewish, received messages of, "Say No to White Supremacy," and "No to Fascist Nazis," at his office in Luzerne County. 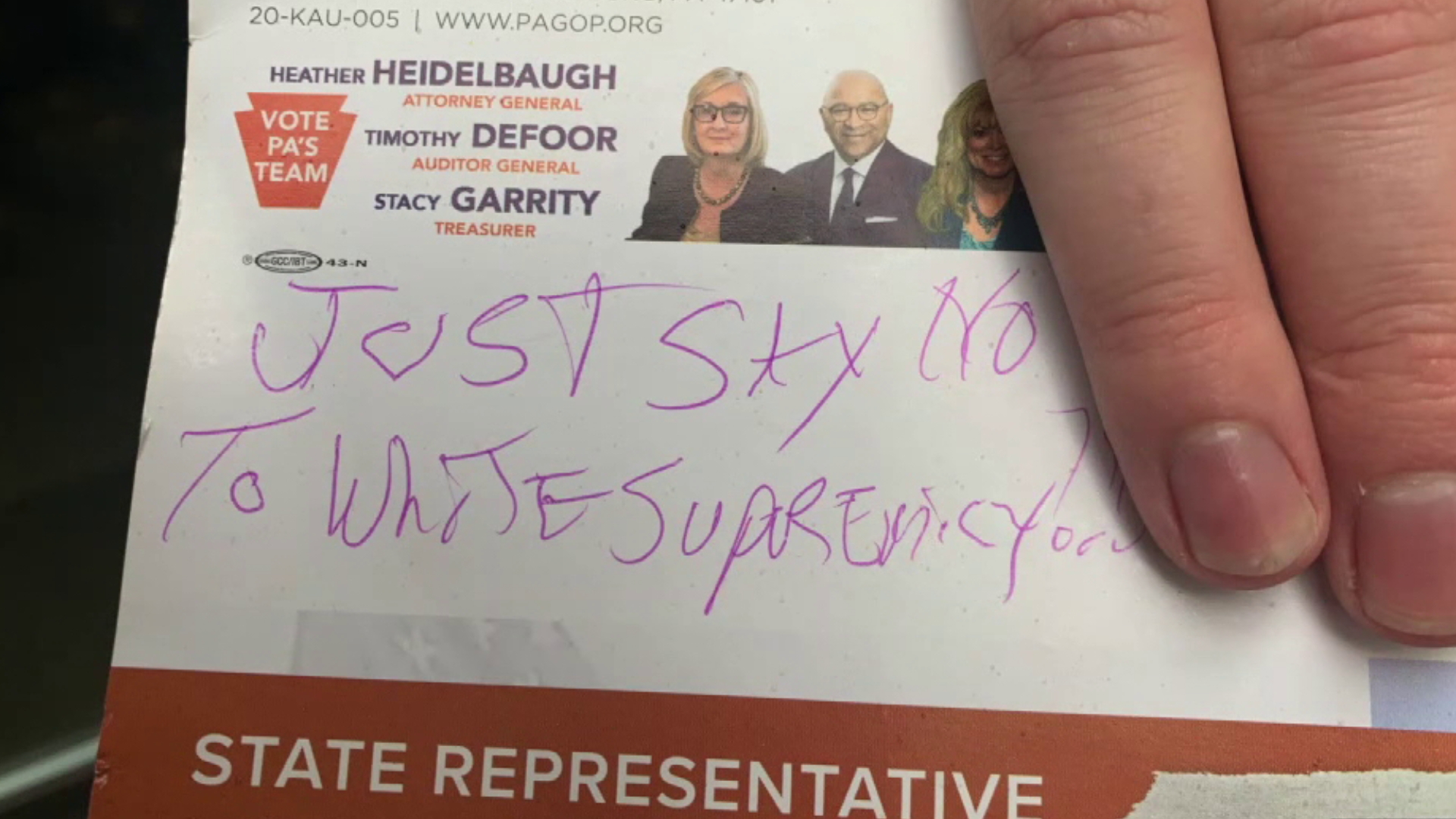 Luzerne County's District Attorney's office says it will not file charges against the person who scrawled insensitive messages on a campaign mailer and stuck it in a state legislator's door.

State Rep Aaron Kaufer was emotional over the messages as he is Jewish.

The DA's office says, while the messages are "offensive and distasteful," they do not constitute a crime.

Kaufer, a Republican, is seeking a fourth term in Pennsylvania's 120th legislative district.

State Representative Aaron Kaufer was contacted Monday morning by a concerned neighbor of his office in Luzerne.

It was one of his own campaign mailers with messages like, "Say No to White Supremacy," and "No to Fascist Nazis," "No to Right Wing (like Hitler)," written on it in pink ink.

"As a Jewish elected official, I don't think there's anything worse than being compared to the perpetrators of the Holocaust. I have, just last year I was in Poland. I saw the gravestones of my family that didn't make it out of the Holocaust. My wife's family, 90 percent of them didn't make it away, and to be compared to something like that as a Jewish official was, I don't think there's anything worse that somebody could be compared to, and to come and see swastikas and that type of stuff, it's not a pleasant feeling," Rep. Kaufer said to Newswatch 16.

"I don't know what can make people hate people like this," added Kaufer. "I don't understand it, and maybe it's my generation, maybe it's, you know just, but it truly is. I don't know how else to describe it other than you have this pit in your stomach. It's this uneasy feeling this, and it's, it's not a good day."

Kaufer says the community surrounding his Luzerne office is tight-knit and friendly. He's disappointed someone would feel so strongly as to leave messages of hate on his doorstep.

"Few and far between have I experienced the anti-Semitism to this type of degree in my life. I mean, I've experienced it before, you know, I'm sure most people who are Jewish have experienced it to some degree, but it's disheartening. You know what you see information out there that anti-Semitism is on the rise, and it's, you would hope that we're past this type of stuff in today's day and age and the 21st century and clearly we're not," added Kaufer.

Luzerne borough police say the person who jammed the message in the door was caught on camera and wrote on a mailer sent to their own address, so the person has been identified. Police are working with the Luzerne County District attorney's office to see if any charges will be filed.