MIDDLEBURG — The chairman of the Pennsylvania Liquor Control Board has launched an internal investigation to find out why our state is spending money to p... 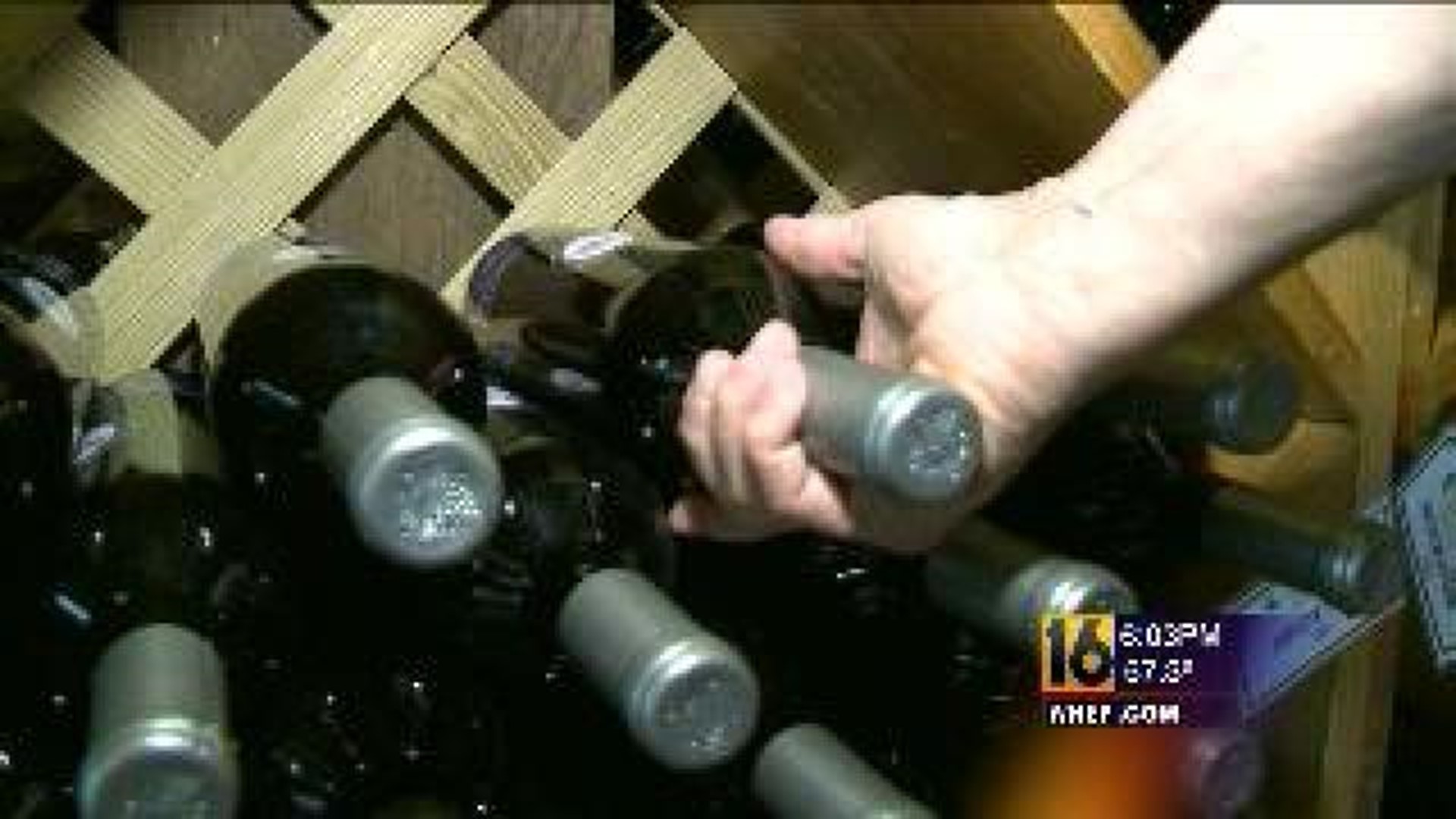 MIDDLEBURG -- The chairman of the Pennsylvania Liquor Control Board has launched an internal investigation to find out why our state is spending money to promote a certain kind of wine made in California.

This, while many wineries in Pennsylvania get no help from the L.C.B. at all.

Go into any L.C.B. Store and chances are you will find the brand "Table Leaf" displayed prominently.

Try to find a wine from a local winery, and the effort might feel like a scavenger hunt.

Pennsylvania is one of just two states that control the wholesale and retail levels.

And in a controversial move, it is the only state that contracted to sell an official house wine.

Shade Mountain Vineyards in Snyder County is one of 140 wineries in Pennsylvania.

The Zimmerman family of Mechanicsburg entered this competitive business 23 years ago.

But Jenny Zimmerman and her family never knew that for the last two years, Shade Mountain has been competing with a California wine made exclusively for the Pennsylvania Liquor Control Board.

"To us, it doesn`t seem fair at all," said Jenny Zimmerman.

Drive five miles from the winery, to the Liquor Control Board store in Selinsgrove, and you won't be able to find a single bottle of Shade Mountain.

You will however, find the brand, "Table Leaf" prominently displayed.

But Newswatch 16 has obtained documents showing the state liquor control board spent at least $624,000 patenting, and marketing "Table Leaf."

"It's an unfair marketplace, when government tax dollars can be spent against privately run businesses," said Jay Ostrich of the Libertarian think tank Commonwealth Foundation, a government watch dog group.

"It's obviously not a struggle to get government labeled wine in a government-run store," said Ostrich

"We felt that there was a little bit of an unfulfilled demand at the value price level, which is where 'Table Leaf' is," counters Joe Conti, the CEO of the Pennsylvania Liquor Control Board.

"It is great quality wine at a very attractive price for the consumers that allows us to return more to our shareholders, the people of Pennsylvania," said Conti.

When it comes to price, we discovered Table Leaf is made by BronCo Winery of California.

Shaw is the house brand of Trader Joe's stores.

But you can't get it in Pennsylvania, so we went to New Jersey, and bought a bottle of its Merlot at $3.20.

Are Pennsylvanians paying double for Merlot from the same winery?

We put it to the test at fire and ice restaurant in Dallas.

We didn't tell them what they were drinking.

Marczak was struck by the second wine she tasted.

"This one (on the right) has a little more fruit. But neither one of these wines has a lot of what i would be looking for," added Edwards.

Turns out, both had a slight preference for Table Leaf over Charles Shaw.

But what about the LCB Chief Executive's claim that it was a "great quality wine?"

"Neither one of them are a world-class wine," Edwards said.

But unless the LCB opens its shelves up to more local wines, many wine drinkers may never know.

"We would just be hopeful that they could find space and display space like they`re making for their own product," said Zimmerman.

We asked the LCB's Conti if he understands the frustration of area wine growers who perceive the state is promoting Table Leaf at the expense of a local product.

"I do, and a matter of fact we`re addressing it.  It's in our new store layout," said Conti

But that new store layout is only in the Philadelphia-area outlets.

During our interview, Conti said he will step up efforts for locally produced wines to get better shelf space in LCB stores in our region.

Meantime Conti's boss, LCB chairman, Skip Brion launched an internal investigation into the whole "Table Leaf" concept claiming he didn`t even know it was a state subsidized brand until after he took the job in 2010.