WYOMING, Pa. — For over a century, this day has been recognized as Pennsylvania State Police Memorial Day. It’s a day for current and former state t... 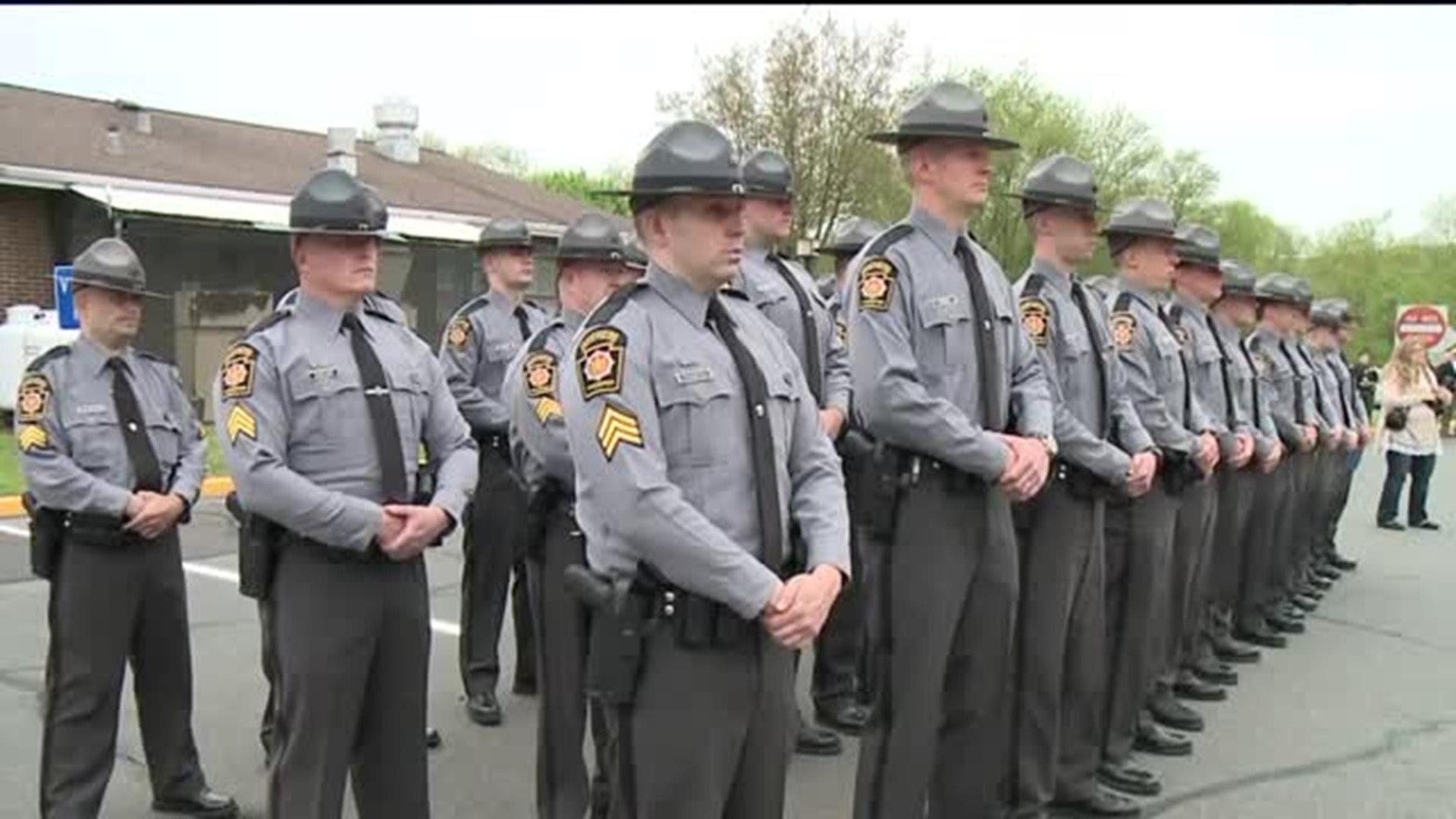 WYOMING, Pa. -- For over a century, this day has been recognized as Pennsylvania State Police Memorial Day.

It's a day for current and former state troopers to honor those who protected and served but fell in the line of duty.

Active members of Troop P stood tall and saluted during the National Anthem outside the state police barracks in Wyoming on State Police Memorial Day.

This day is an emotional one as it is every year for current and former state troopers remembering those before them who died while on duty.

"I'm proud to be a retired member of the Pennsylvania State Police, and it's great to be a part of this tradition that we celebrate every year honoring our deceased members," said Todd Norton.

Since 1906, 98 members of the Pennsylvania State Police have passed away in the line of duty. Their names were read off and honored.

"We all have done the same job, whether you're current or you're retired, and it really is a big brotherhood and sisterhood and it's unlike any other job in the world. When one of us falls, we all grieve. I think it's important for our younger troopers to see this as they get on the job because this is a tradition that's been going on for 114 years and we don't ever want that tradition to stop," said Jon Nederostek.

The strategies of policing will change with technology and legislation. One thing cannot change: the mission can only be fulfilled with dedicated members willing to answer the call and place themselves in danger to protect the innocent.

"Social media is a big thing right now and when someone dies, you always say, 'We'll take it from here,' and I think that really is the mantra of law enforcement. When one of us falls, it's now us. We'll take the watch from here. I think it is important that when they get in that car, they're remembering who has come before them and who is coming after them," Nederostek added.

A similar ceremony was held Wednesday in Lackawanna County.