PLAINS TOWNSHIP, Pa. — A traveling exhibit honoring service men and women who fought in every major war in America’s history has come to Pennsylvani... 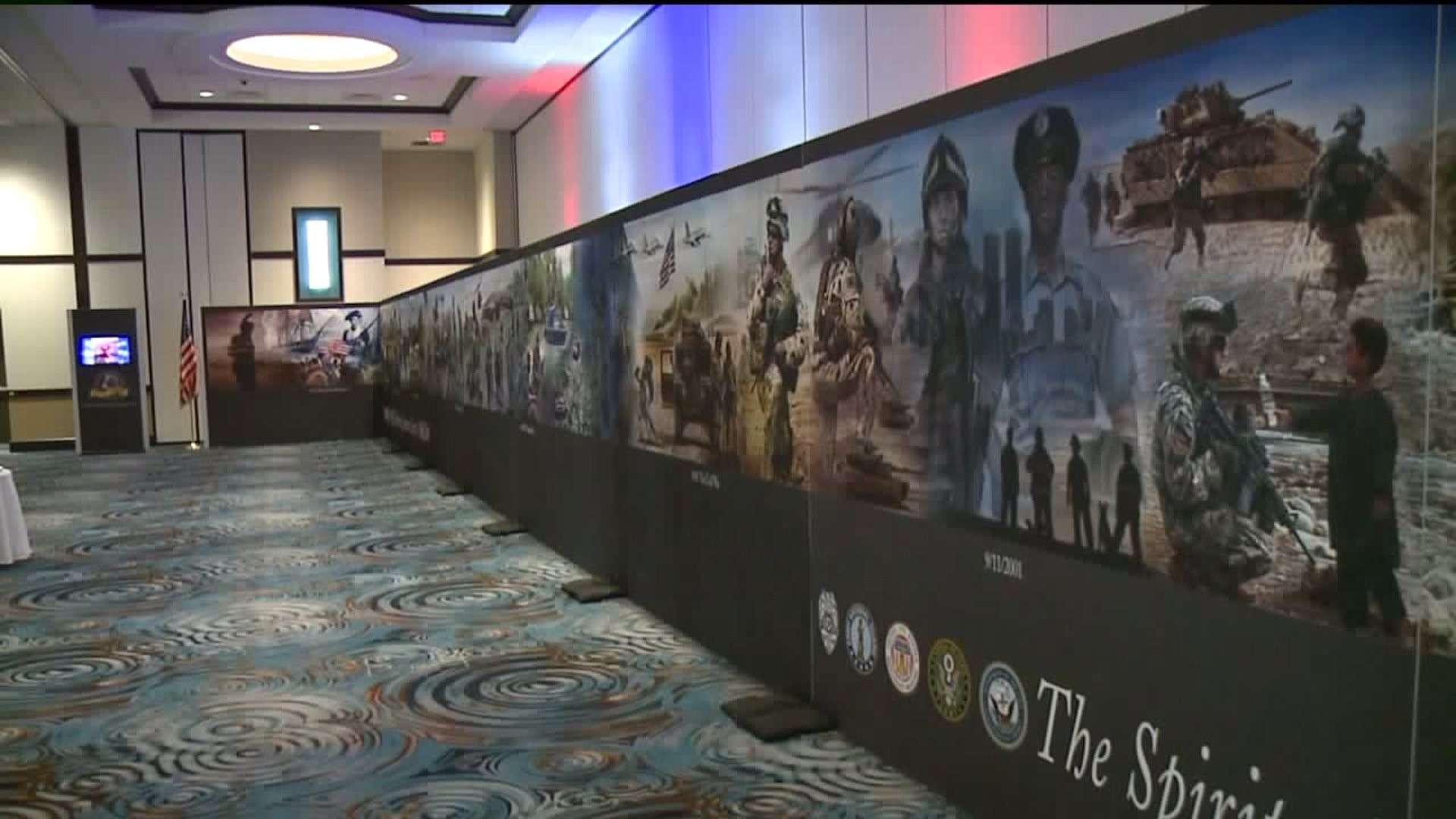 PLAINS TOWNSHIP, Pa. -- A traveling exhibit honoring service men and women who fought in every major war in America's history has come to Pennsylvania for the first time.

Inside the Keystone Grand Ballroom at Mohegan Sun Pocono near Wilkes-Barre, you'll find a mural showing American soldiers on battlefields all over the world. This display is the Spirit of America's Story, a traveling history wall of America's involvement in wars since the American Revolution.

The founder says these soldiers served as inspiration for the exhibit.

"The one thing that we need to remember and focus on is that we need to keep patriotism ignited, and that respect for uniforms for our men and women who have sacrificed so much, giving their lives today for this country so we have the liberties and freedoms we have today," Ron Smith said.

The exhibit has been traveling the country since 2017. This weekend is the first time people have been able to visit it in Pennsylvania.

Grandparents coming with their grandchildren tell Newswatch 16 they think it's important for those young kids to learn about their country's history.

"The grandchildren were asking me, 'How many fought in this war?' Where was this war? Who Won? Who lost?' And it was very personal I think it was a very nice thing to have in the valley," said Jack Sassi.

Sassi brought his three grandchildren to see the exhibit. Jonathan, the oldest, said it was eye-opening.

"Well, it makes me a little sad to think all these people died and fought for us and did all this stuff just for us," said Jonathan Sassi.

"I wish more people can come and see it and really appreciate what these people do for us and what they did for our history. They made us all survive to do what we're doing today," Jack added.

The traveling history wall will be on display at Mohegan Sun Pocono from 10 a.m. to 8 p.m. through Sunday.