LARKSVILLE, Pa. — A son has now been charged in the shooting death of his father in Luzerne County. After a two-day search, state troopers were able to ca... 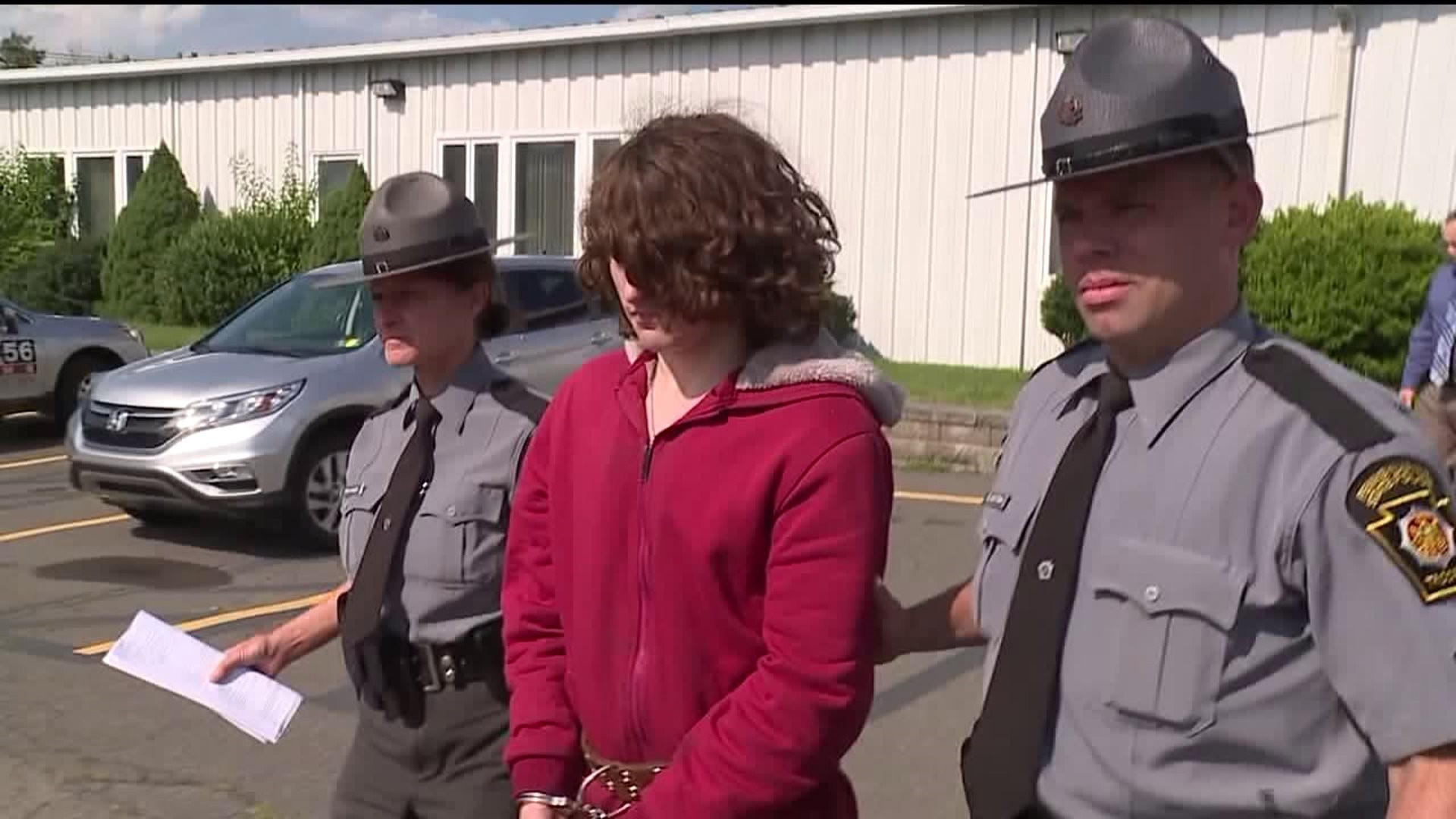 LARKSVILLE, Pa. -- A son has now been charged in the shooting death of his father in Luzerne County.

After a two-day search, state troopers were able to catch up with Ulysses Denman around 9:30 a.m. walking out of his house and they say he was armed with his father's gun.

Ulysses Denman, 20, of Larksville, was charged Thursday afternoon with murdering his father.

According to court papers, Denman admitted to police he thought his father William Denman, 64, was going to kill his mother so Ulysses told troopers he was trying to protect his mother by shooting his father twice in the head.

Investigators say his father had no such plan and those concerns were unfounded.

Investigators say William Denman, 64, was shot twice in the head with a small-caliber weapon. His body was found Tuesday.

"I really commend the Larksville police, the state police, and our detectives in the search of this defendant. I can say he was encountered by Trooper Atherholt who noticed him actually carrying a firearm and knowing that he was a person not to possess a firearm, he removed the firearm from the defendant, took him into custody for that offense. He proceeded to interview the defendant who later admitted to shooting his father," said Luzerne County First Assistant District Attorney Sam Sanguedolce.

Denman is in Luzerne County jail without bail.