The sign for the bank, which is visible for miles around Wilkes-Barre, is coming down seven years after the company left the building. 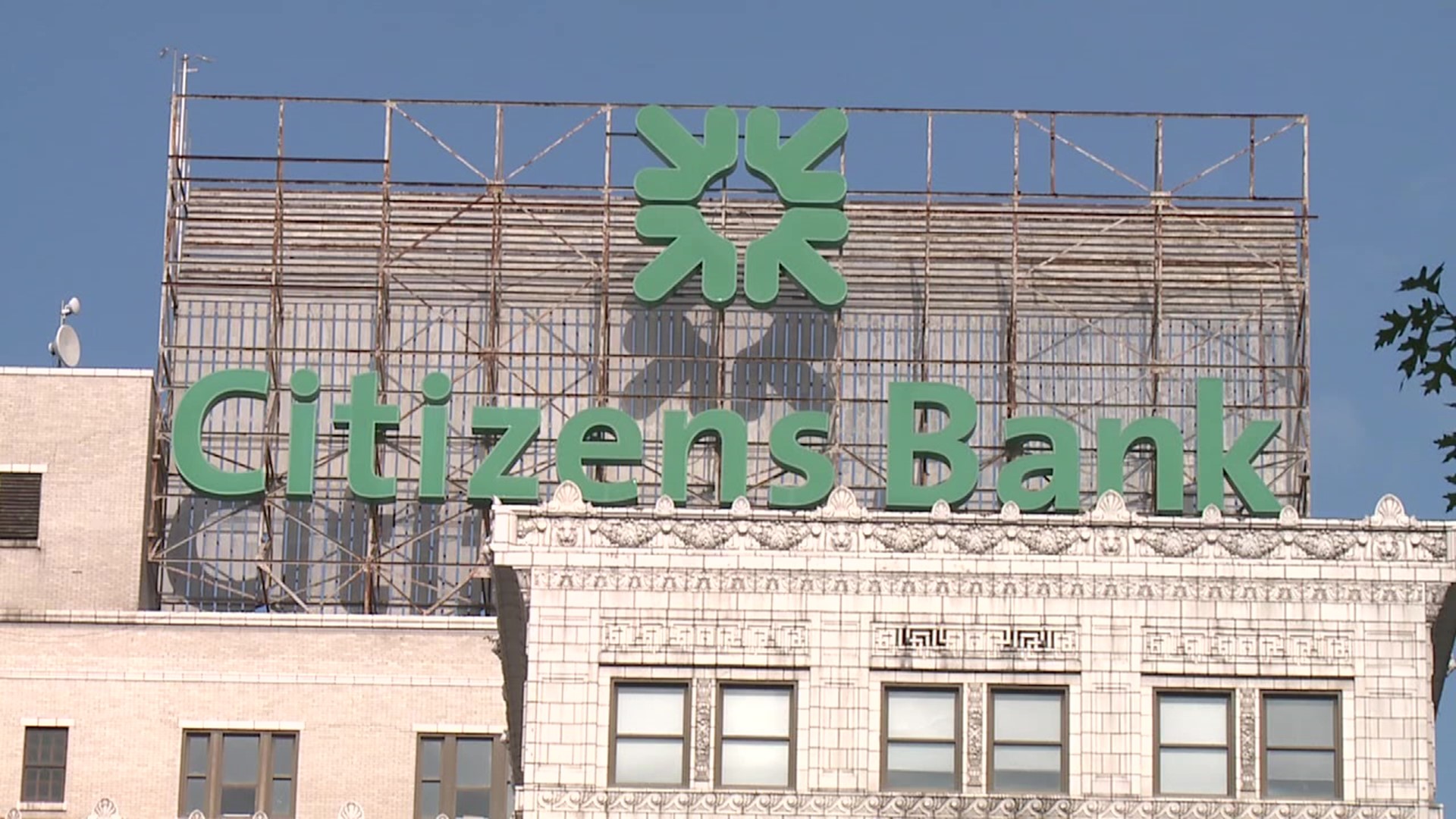 WILKES-BARRE, Pa. — For decades, a sign bearing the name of Citizens Bank, on top of downtown Wilkes-Barre's tallest building, could be seen for miles, but the landmark sign is now on its way out.

"The sign on top of the building has been a constant presence in downtown, really, for 100 years. The last bank tenant Citizens Bank actually left in 2013, I believe, seven years ago," said Larry Newman, Executive Director of the Diamond City Partnership.

After all those years, the sign is finally coming down.

Newman says the building underneath the sign is now apartments, a sign of the times for that part of the city.

Even though the Citizens Bank sign is coming down, people in Wilkes-Barre don't think that spot is going to be vacant for very long.

"It's a landmark that's you know it's a sign that people can see from as far away as Kingston corners and beyond on the west side, and from close to Interstate 81 on the east side of the valley, so it's something that has a lot of meaning for people who have been here for a long time," added Newman.

No word yet from the city on what could be taking the place of the Citizens Bank sign, but the framework for a sign will remain.

We'll have yet to see what will take advantage of the view.