Each week in February has started with snow concerns. If you were out on the roads Monday morning, you saw there was a lot to be concerned about. 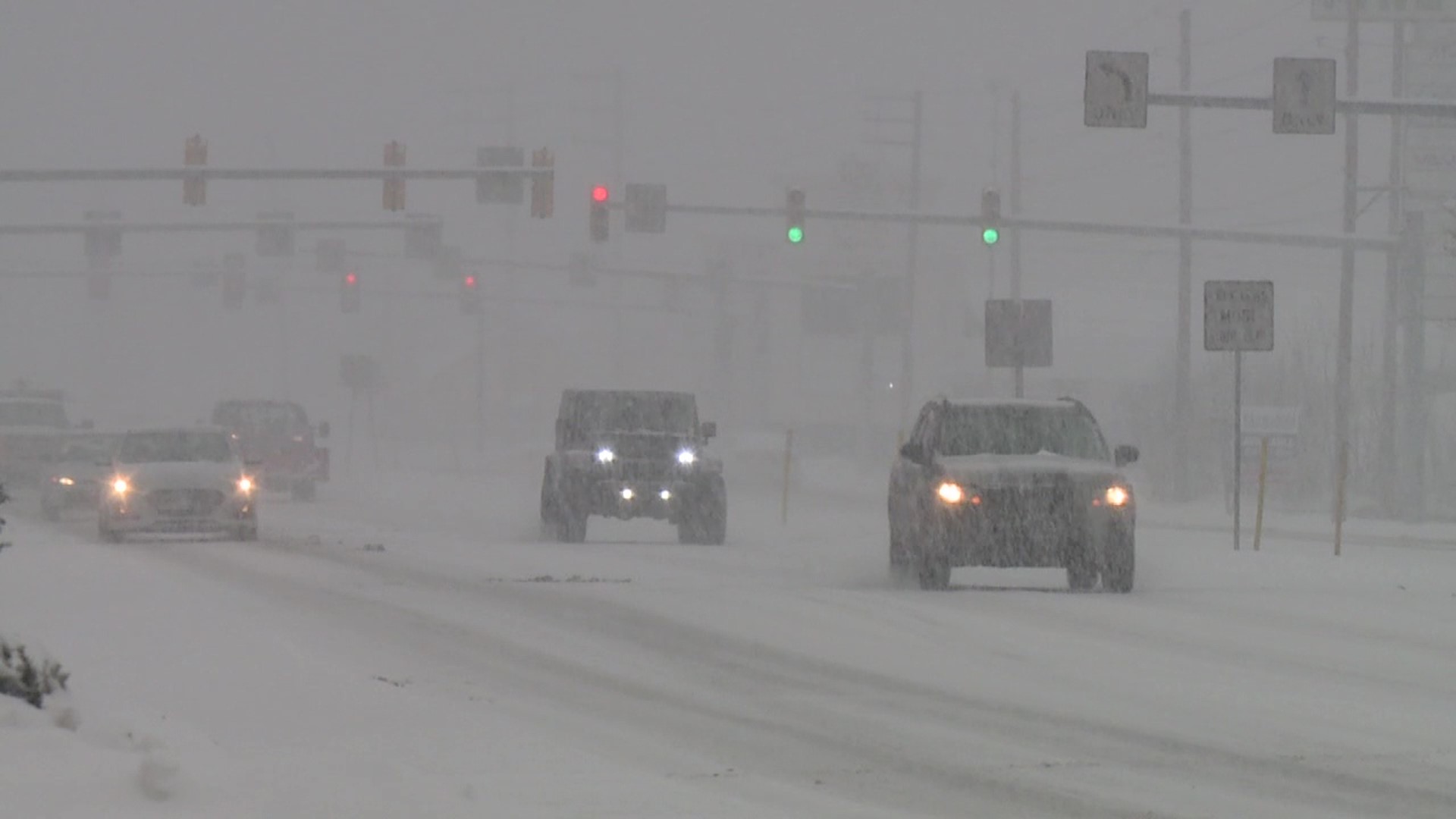 WILKES-BARRE TOWNSHIP, Pa. — Conditions were not good on the roads throughout Luzerne County for much of the morning and into the afternoon.

This storm brought a lot of snow in a short amount of time.

"Within two hours, I guess, we have a couple inches here," Brad Snyder said. "I just cleaned off my car, so I wouldn't have to do, you know, I'm going to have to go out and pick up lunch and stuff."

Because in a storm like this, Snyder says, you have to stay on top of it.

"Yes, you do. Yeah, it's just another storm. I don't know, they're not going to stop this year," Snyder said.

Whether people in Wilkes-Barre Township were shopping or working, they say the amount of snow they found in the parking lot when they came out of the store caught them off guard.

"I shoveled about three inches of snow off my car and then added to it all over again before we left," Crystal Casterline said. "I'm sick of it; I'm ready for spring. It's just one storm after the next. Every other day, we're getting snow."

"It wasn't like this when I came here," said James Barna. "Yeah, walked out the door. 'That's a lot of snow out there.'"

Barna got to his shift at Target at 3:30 a.m. and came out to several inches of snow on his car. He told us after a shift, there's really only one thing on his mind.

"I'm just hoping I get home safely, to be honest."

That's why, like many others driving out there on Monday, he will be following advice and taking it slow.