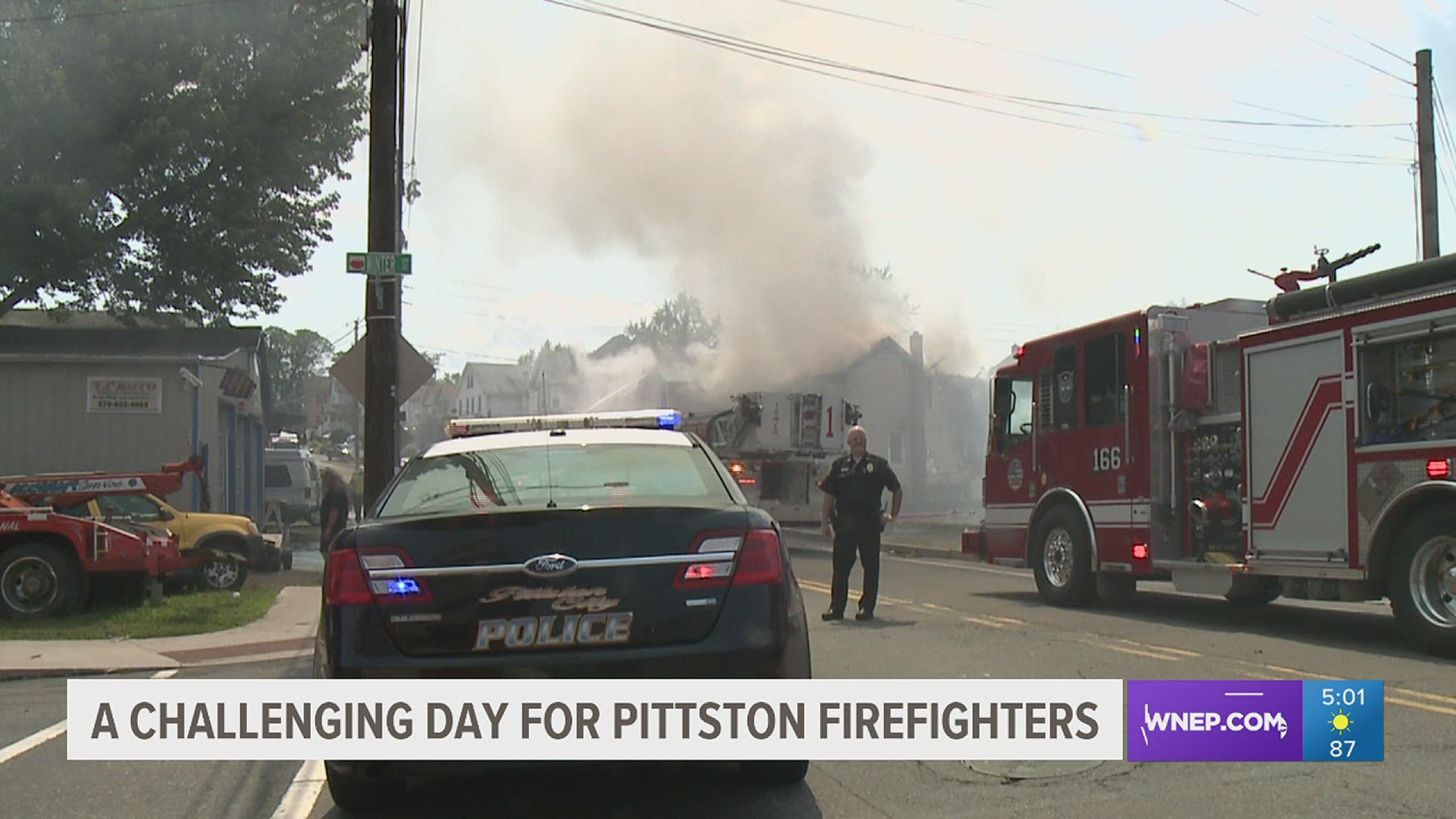 PITTSTON, Pa. — Crews from several departments were called out Tuesday to battle a fire in Luzerne County.

It broke out after 1 p.m. in the 300 block of South Main Street in Pittston.

Smoke from the fire could be seen for miles in the Wyoming Valley. Flames were shooting from parts of the roof and windows as firefighters poured water on the structure.

Pittston Fire Chief Frank Roman says there were a number of challenges for crews, most notably the heat. He says they called in manpower from Jenkins Township, Pittston Township, Duryea, Avoca, and Hughestown.

The chief says the structure itself also posed problems. At least four people lived in the building. The flames get into areas that are hard to reach, so it was a constant battle for crews. Once they thought it was under control, flames would pop up somewhere else.

"The house all chopped up, which makes a fire naturally more challenging because the fire goes through the house, where there's partitions, so we can't get to it. Once we got it, well, we put a knock on it, we put some water on it. and you can see we're still trying to do that as we speak," said Chief Roman.

"I don't know how they do it, because me, I wouldn't be able to do it and it was, it's phenomenal. I asked all of them if they wanted water, that's just me, but for them to put all that heavy equipment on themselves and to do this for our community. When something like this tragically happens, it's phenomenal. I give them lots of credit. I mean, I got the goosebumps," Denise Hite said.

The chief says four people are displaced because of the fire. They are working with the Red Cross for housing assistance.

The chief says the fire does not appear to be suspicious, but they will be conducting interviews to help determine what started it.